Known today as the Napoleon Room, the room was refurbished several times during the nineteenth century. When it was restored in 2007 the decision was taken to highlight various phases of its past decoration and make this visible to visitors.

The room originally served as the bedchamber of Franz I Stephan and Maria Theresa.

When Napoleon occupied Vienna in 1805 and again in 1809 he chose Schönbrunn as his headquarters and is very likely to have used this room as his bedroom. Subsequently it became known as the Napoleon Room.

The marriage of Napoleon to the Habsburg princess Marie Louise, eldest daughter of Emperor Franz I, in 1810 was intended to seal the peace between the two countries. Napoleon was intent on founding his own dynasty and saw the Habsburg archduchess as a suitable progenitress.

From this union was born Napoleon’s only son, Napoleon II Franz, styled the Duke of Reichstadt. After his father’s fall from power the little prince grew up at the court in Vienna. An especial favourite of his grandfather Emperor Franz I, he shared the latter’s interest in botany. The portrait of him as a child shows him gardening in the park at Laxenburg.

The young duke died from tuberculosis at the age of only twenty-one in 1832. The bust shows him on his deathbed. Today the bed in which he died and the stuffed and mounted remains of his beloved pet, a crested lark, serve as mementos of Napoleon Bonaparte’s only legitimate son.

On the occasion of the Vienna World’s Fair in 1873 this room was redecorated in neo-Baroque style. Large sections of wall between the walnut wainscoting were hung with Brussels tapestries, which are today too fragile to be used as wall hangings and are therefore displayed here as a museum installation.

Napoleon Room at Schönbrunn Palace, view showing the Brussels tapestries mounted in 1875, the portrait of the Duke of Reichstadt, son of Napeleon, his deathbed and the bust showing him immediately after his death. 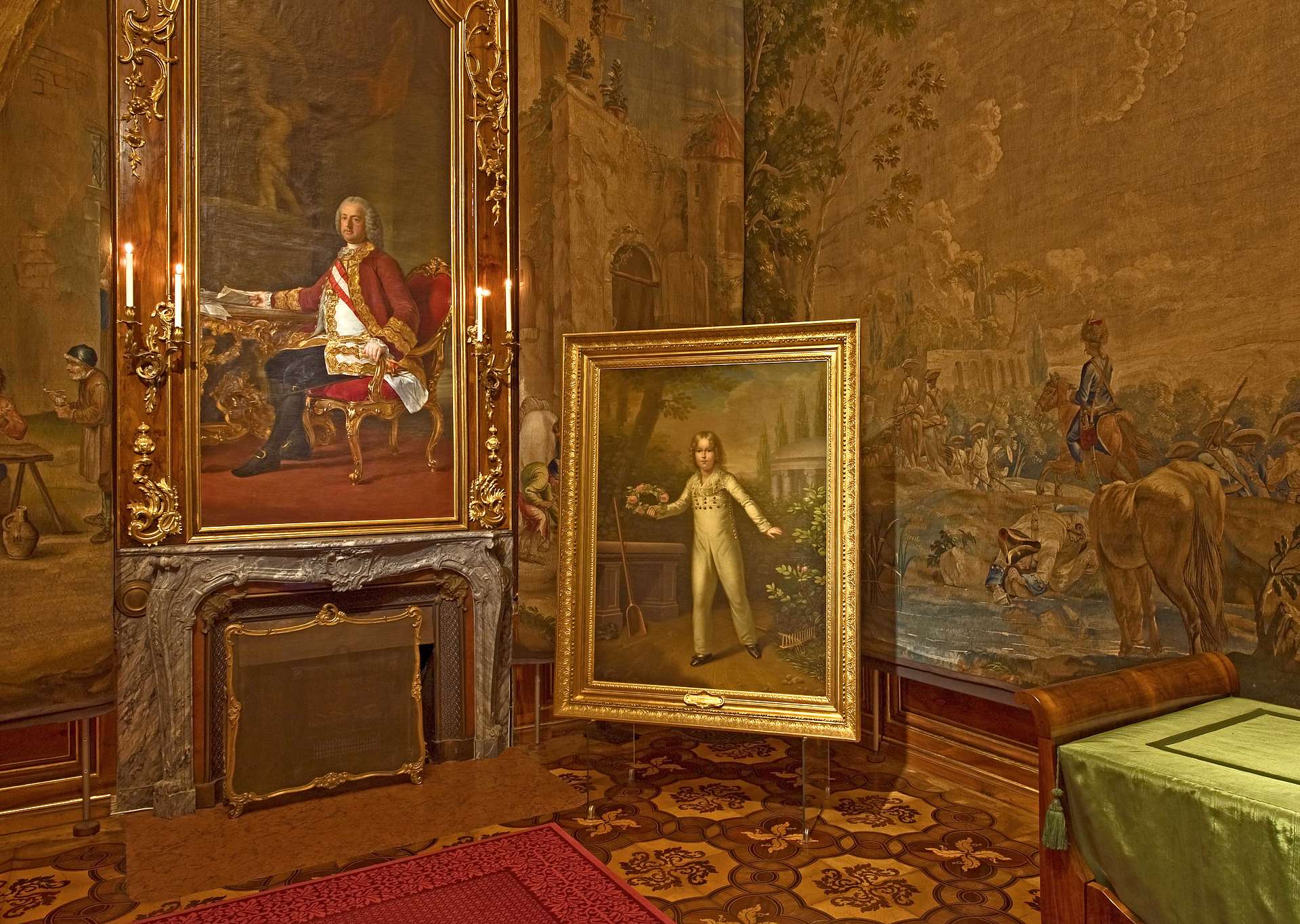 Napoleon Room in Schönbrunn Palace, view with the portrait of the Duke of Reichstadt, son of Napeleon Bonaparte. 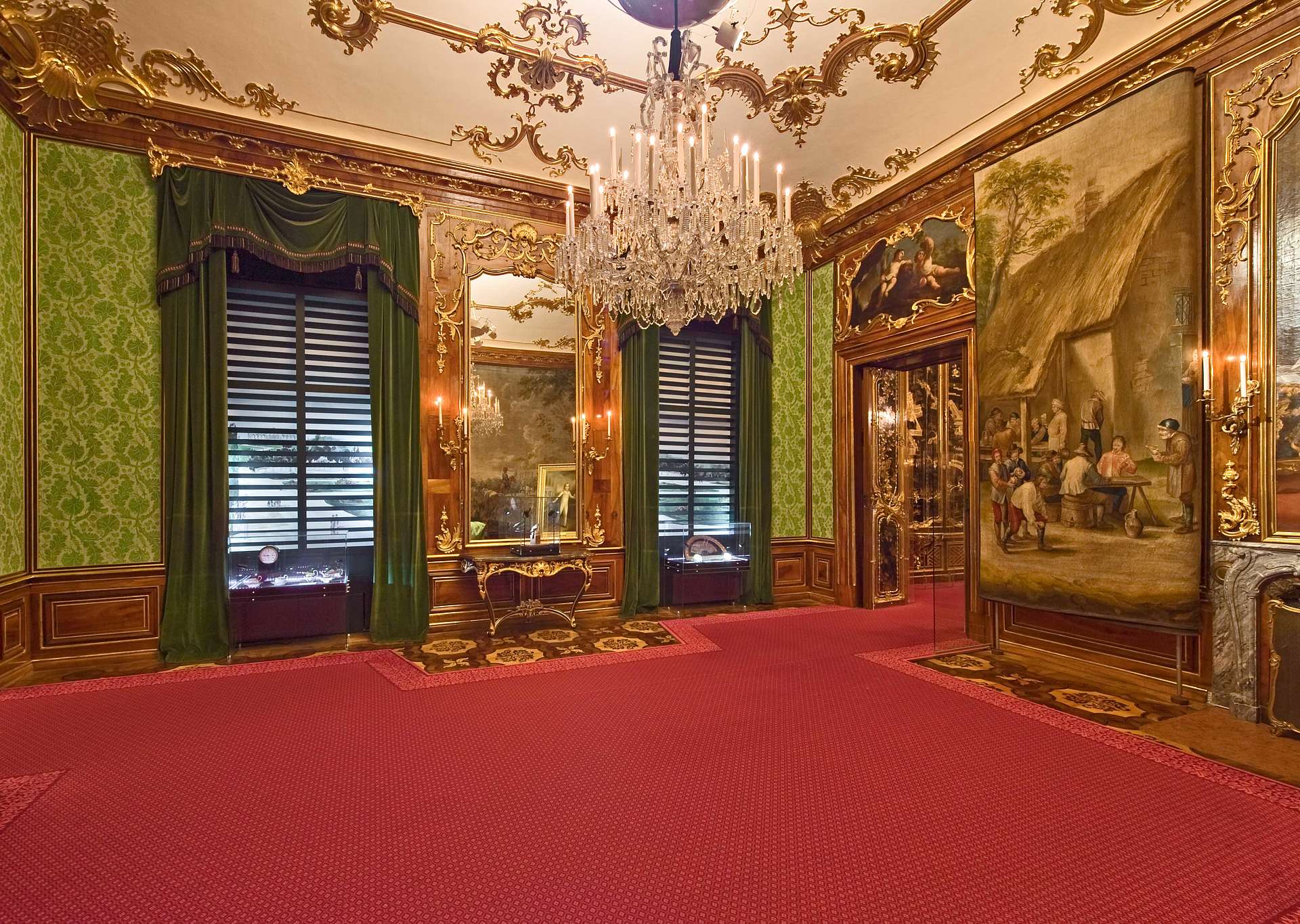 Napoleon Room in Schönbrunn Palace, view of the window wall with painted paper wallpaper from the time of the Duke of Reichstadt. His pet, a crested lark, as a taxidermy on the console table.