This was Elisabeth’s reception room. The Rococo Revival interior is a typical example of the furnishing and decoration of a state room at the Viennese court during the reign of Emperor Franz Joseph.

This salon was the highest-ranking room in the empress’s apartments.

Following extensive restoration the salon today contains the original ensemble of furniture from the time when it was used by Empress Elisabeth. Parts of the textile furnishings had been preserved, enabling the richly patterned silk fabrics to be reconstructed. The salon is now restored to its original magnificent nineteenth-century opulence.

The impressive textile decor is not the only remarkable feature of this room. It is also notable for the astonishing amount of furniture – attested in the court inventories – which reflects the room’s ceremonial importance.

Elisabeth did not conform to the expectations placed in an empress at the Viennese court. Highly intelligent, sensitive and with little inclination to observe the externals of court etiquette, the empress had grave difficulty in accustoming herself to life at court, which was dominated by rigid conventions.

In later years she began to lead her own independent life. Elisabeth was driven by extreme individualism, and her liberal attitudes soon led her to developing doubts as to the continuation of the Monarchy. She saw herself as a foreign body in court society and increasingly withdrew from her official duties as empress.

The suicide of her son Rudolf in 1889 marked a tragic turning point in Elisabeth’s life. Exacerbated by her fear of ageing and increasing health problems, depression began to haunt Elisabeth, and she started to cultivate a longing for death. Her assassination in Geneva on 10 September 1898 released her from an existence that had become ever more unbearable.

Even during her own lifetime, her independent spirit, extravagant lifestyle and beauty laid the foundations of a mystique that endures to this day. 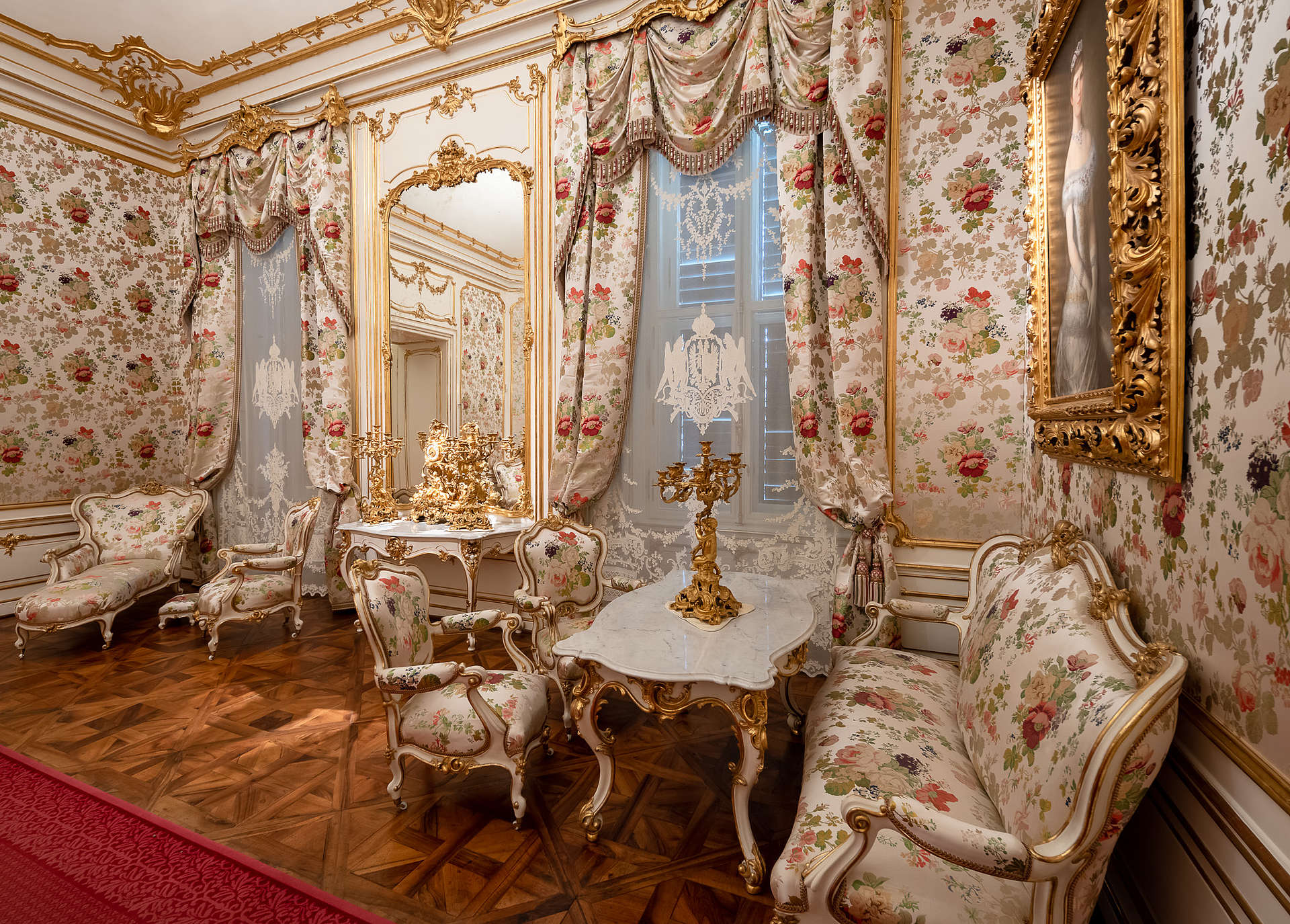 Salon of the Empress, oblique view against the western wall of the room 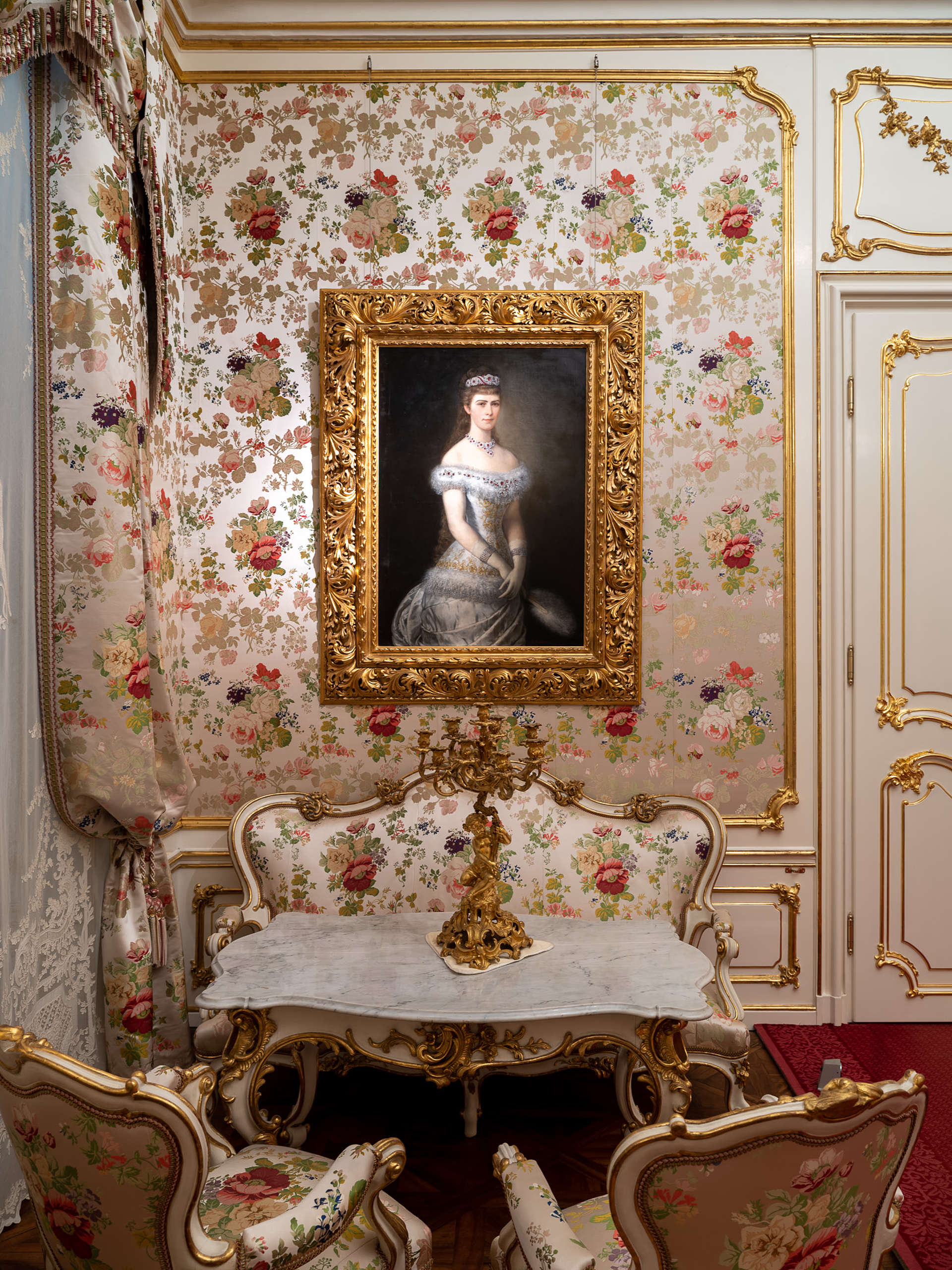 Salon of the Empress, view against the north wall of the room with the portrait of Empress Elisabeth by Hans Skallitzky 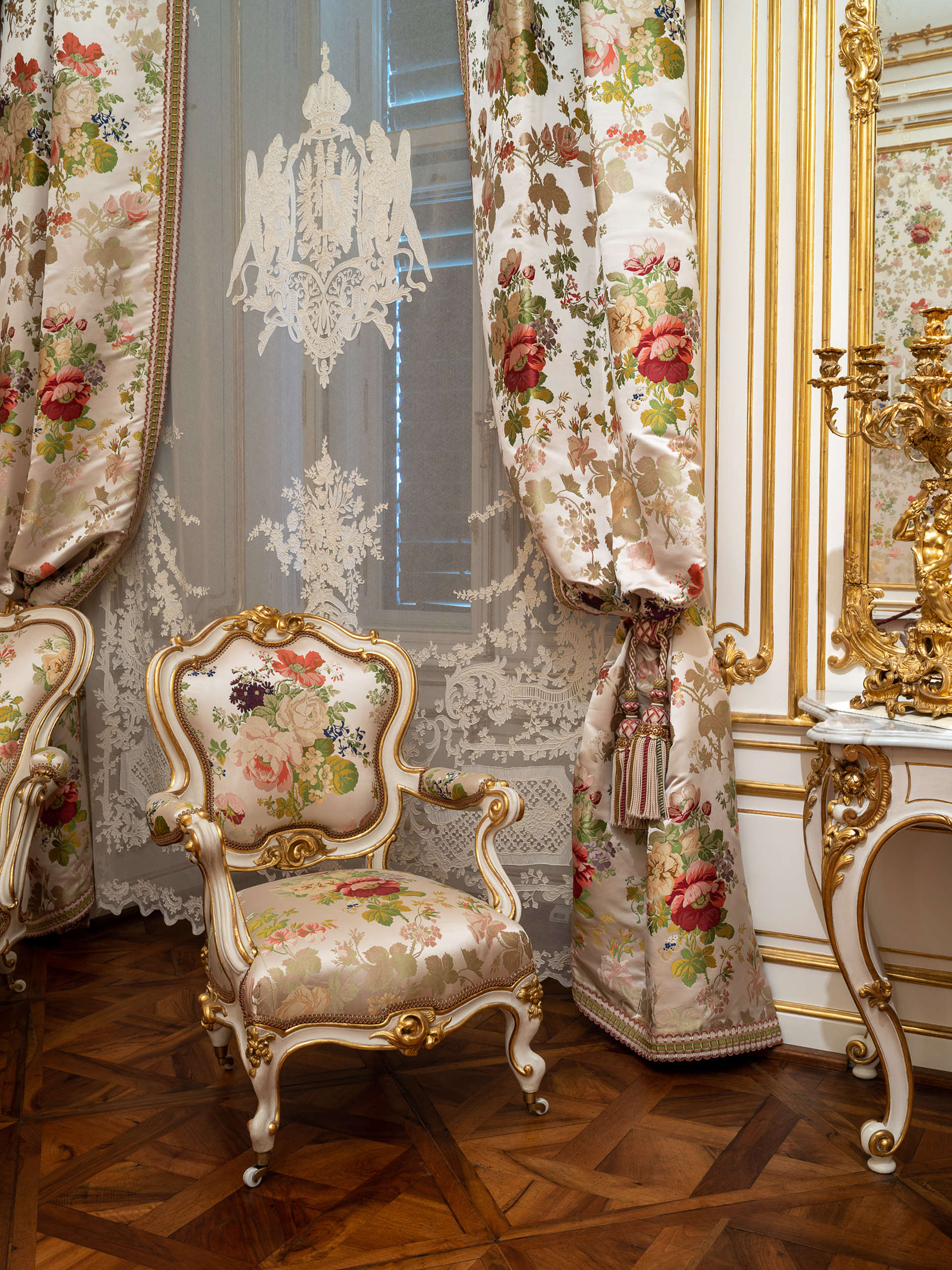 Salon of the Empress, detail of the decor of the room