During Elisabeth’s time this room served as a dining room. The table is laid for a family dinner with Viennese porcelain, Viennese court silverware made by the company of Mayerhofer & Klinkosch, and prism-cut lead crystal glasses made by Lobmeyr & Co.

When the imperial family dined here alone the occasion was less formal than at court dinners, which were ruled by the strictest etiquette. The emperor himself determined the seating plan and conversation was permitted across the table, whereas at court dinners one might only converse with one’s immediate neighbour in an undertone.

The flowers for the table decorations were supplied by the court gardens at Schönbrunn. These included azaleas and hyacinths, with the most precious arrangements being composed of orchids. In 1900 the palace nursery garden contained 25,000 orchids of 1,500 different varieties, constituting the largest collection in Europe at that time.

The large painting in the middle shows Emperor Franz Joseph at the age of twenty.

The room is named after a tapestry which formerly hung here showing Marie Antoinette and her children. It was a gift from Napoleon III to Emperor Franz Joseph and is today presumed to be in the private ownership of the Habsburg family. 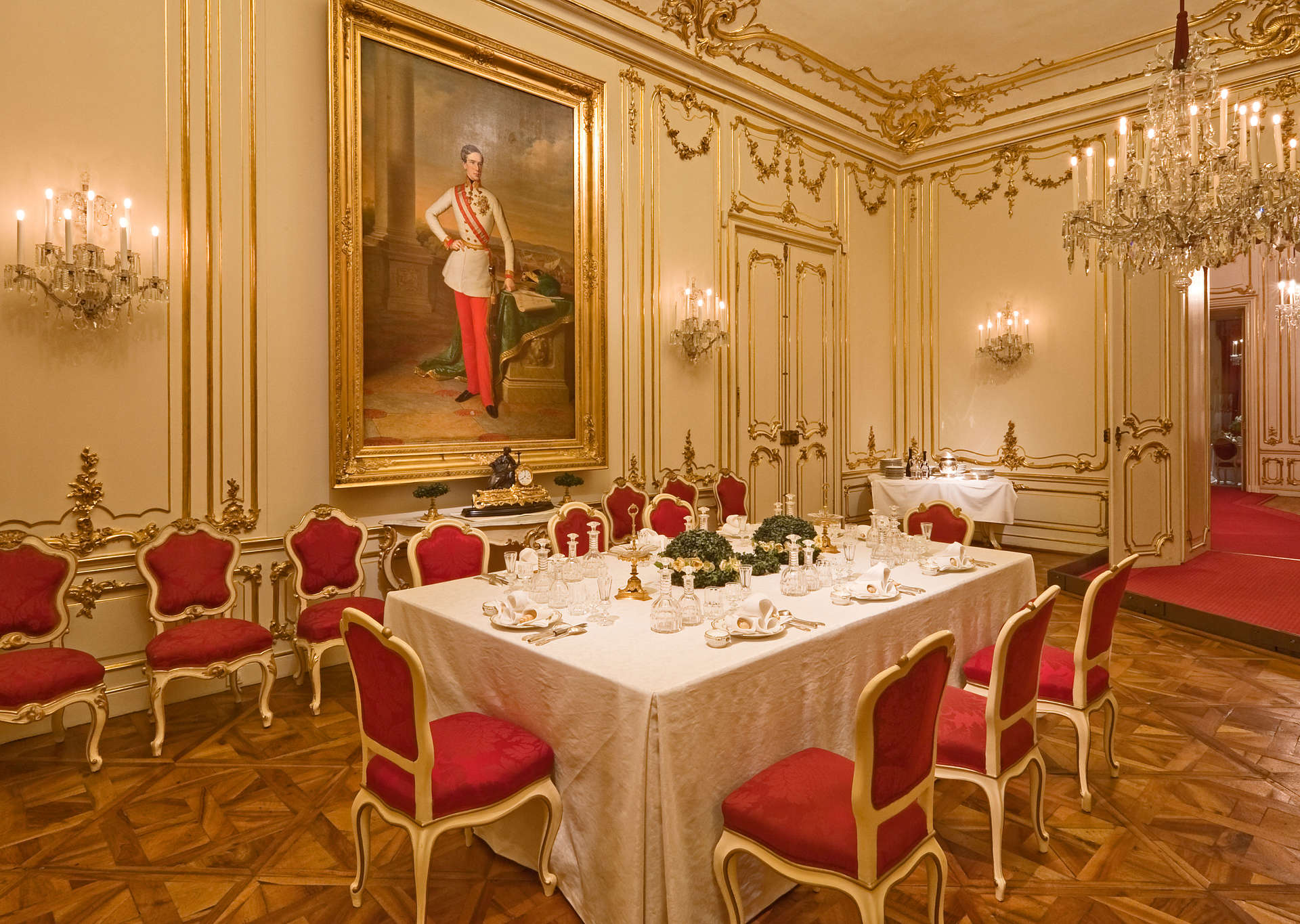 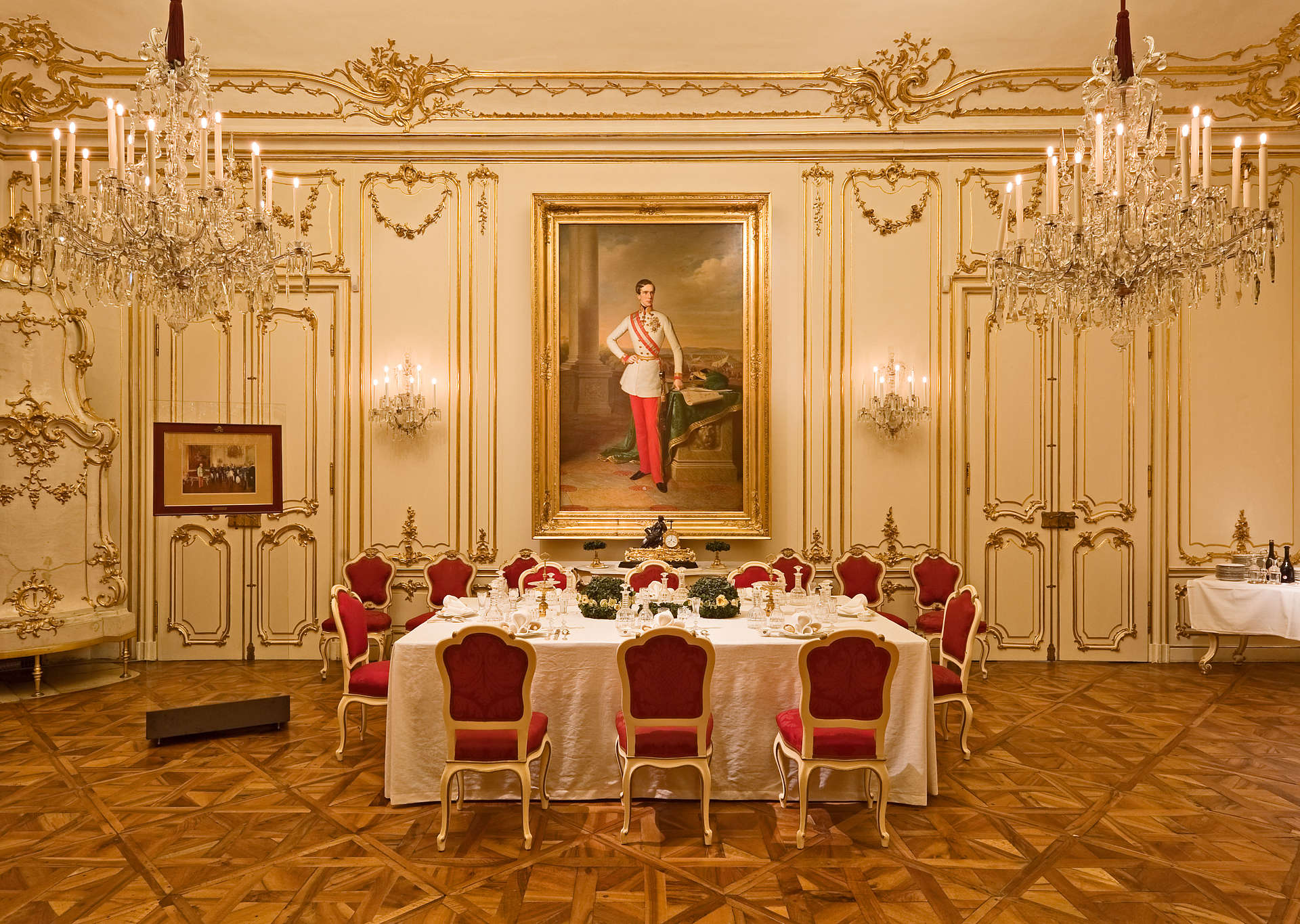 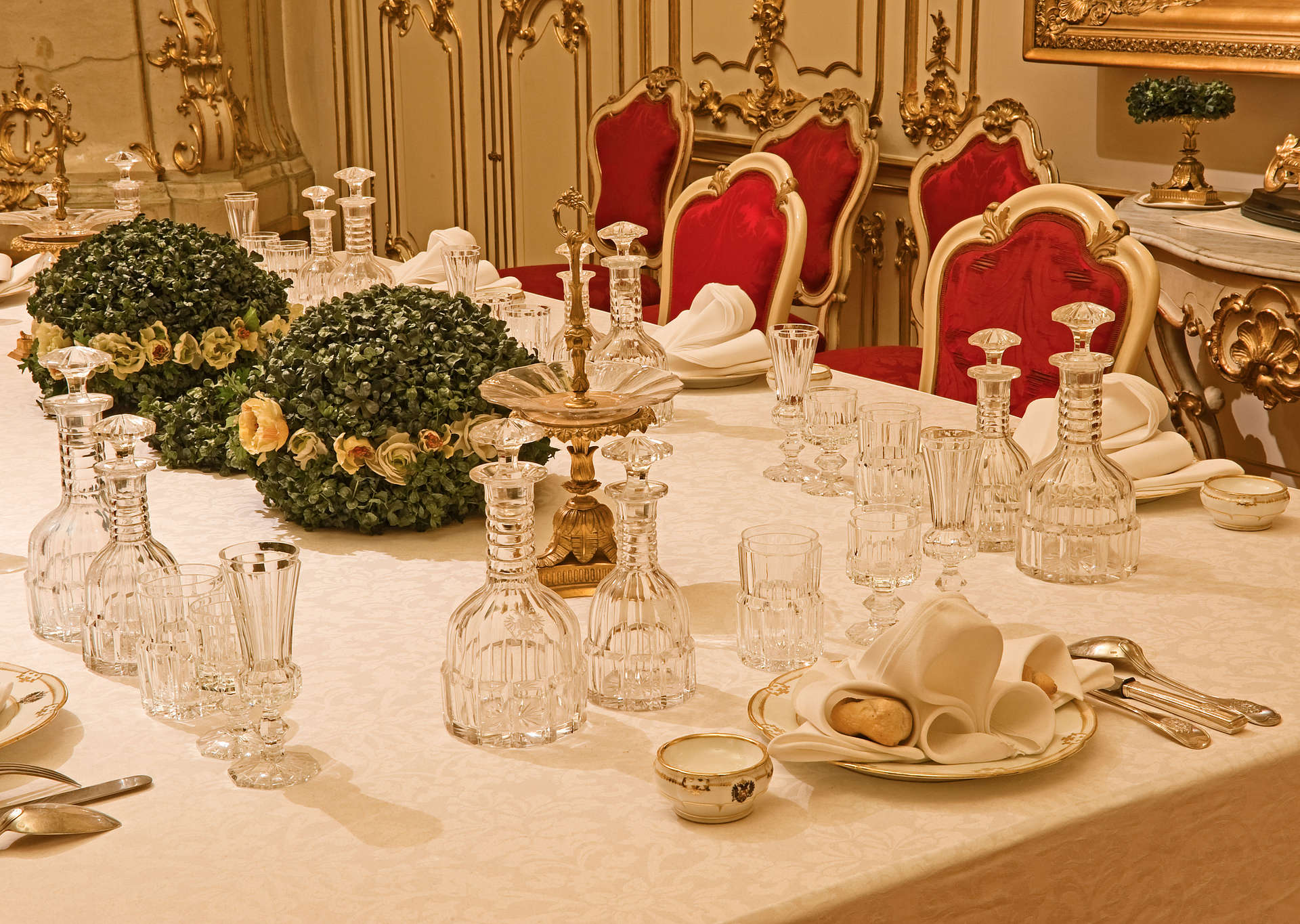 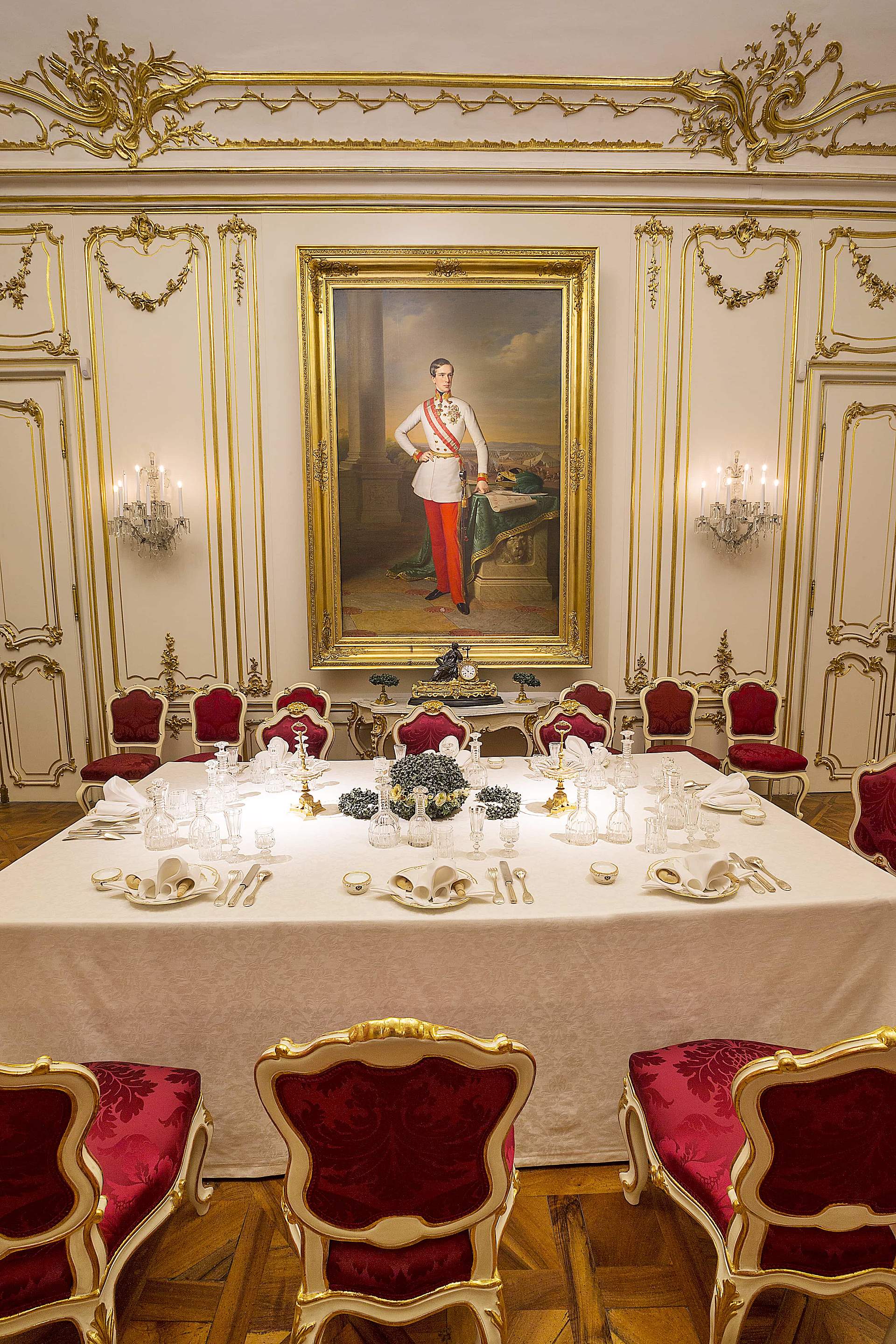