The Rich Room does its name full justice: on display here is Maria Theresa’s state bed.

It is remarkable that not only the state bed itself has survived but also the entire set of textiles furnishing this room, including curtains and wall hangings featuring embroidered architectural elements.

This unique ensemble was completed at the time of the marriage of Maria Theresa to Franz Stephan of Lorraine in 1736. It was originally set up in their apartments in the Leopoldine Wing of the Vienna Hofburg, the Habsburg winter palace, where it adorned the so-called ‘Rich Room’, the bedchamber shared by the imperial couple.

After the Second World War the former apartments of Maria Theresa in the Hofburg were converted to house the official offices and state rooms of the Federal President of Austria. As the stateliest room in the president’s office, the Rich Room was used for official receptions and renamed the Maria Theresa Room. However, this entailed the dismantling and removal of the sumptuous bed and its textile hangings.

As part of the bicentenary exhibition on Maria Theresa in 1980 the state bed was set up at Schönbrunn. The name of the room in which the bed had originally stood in the Vienna Hofburg was adopted for its new location at Schönbrunn.

Nearly twenty years later the state bed underwent thorough restoration, following which it was put back on display but in an entirely new way: with the whole room now transformed into a giant display case, this magnificent but very fragile textile ensemble can be enjoyed while being afforded the best possible protection based on state-of-the-art conservation.

Beside the bed are two portraits showing Maria Theresa and her husband Franz Stephan. The empress’s portrait is worthy of special attention as it was painted by Jean-Étienne Liotard, an artist especially favoured by Maria Theresa. His portraits convey a particularly life-like impression of the monarch.

The last occupants of this room in the nineteenth century were the parents of Emperor Franz Joseph, Archduchess Sophie and Archduke Franz Karl, who used this room as a bedroom, albeit with completely different furnishings and decoration. This period is recalled by a section of green wallpaper with a printed pattern of leaves, uncovered when the room was being converted to display the state bed. It can now be seen between the red velvet hangings on the window wall. 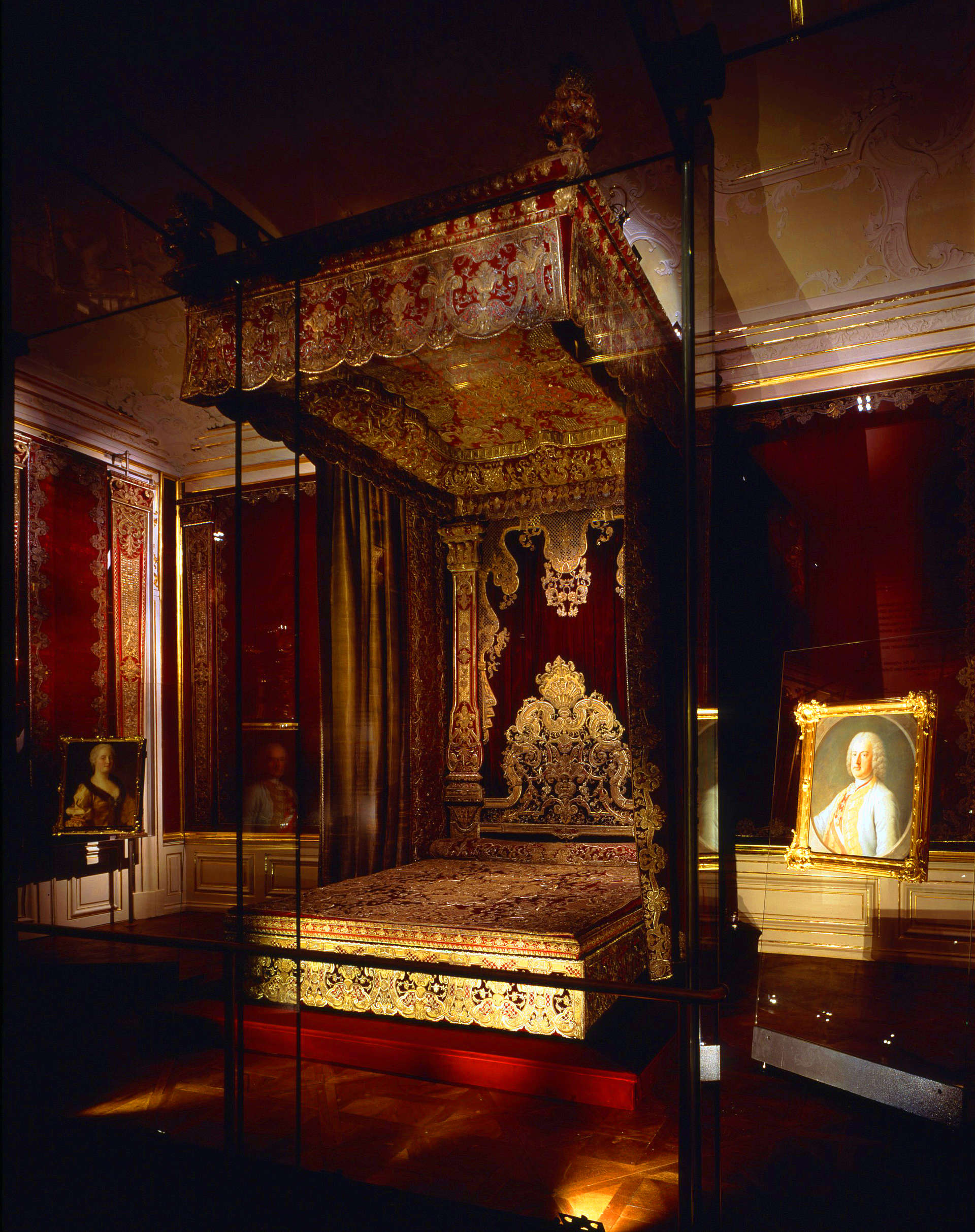 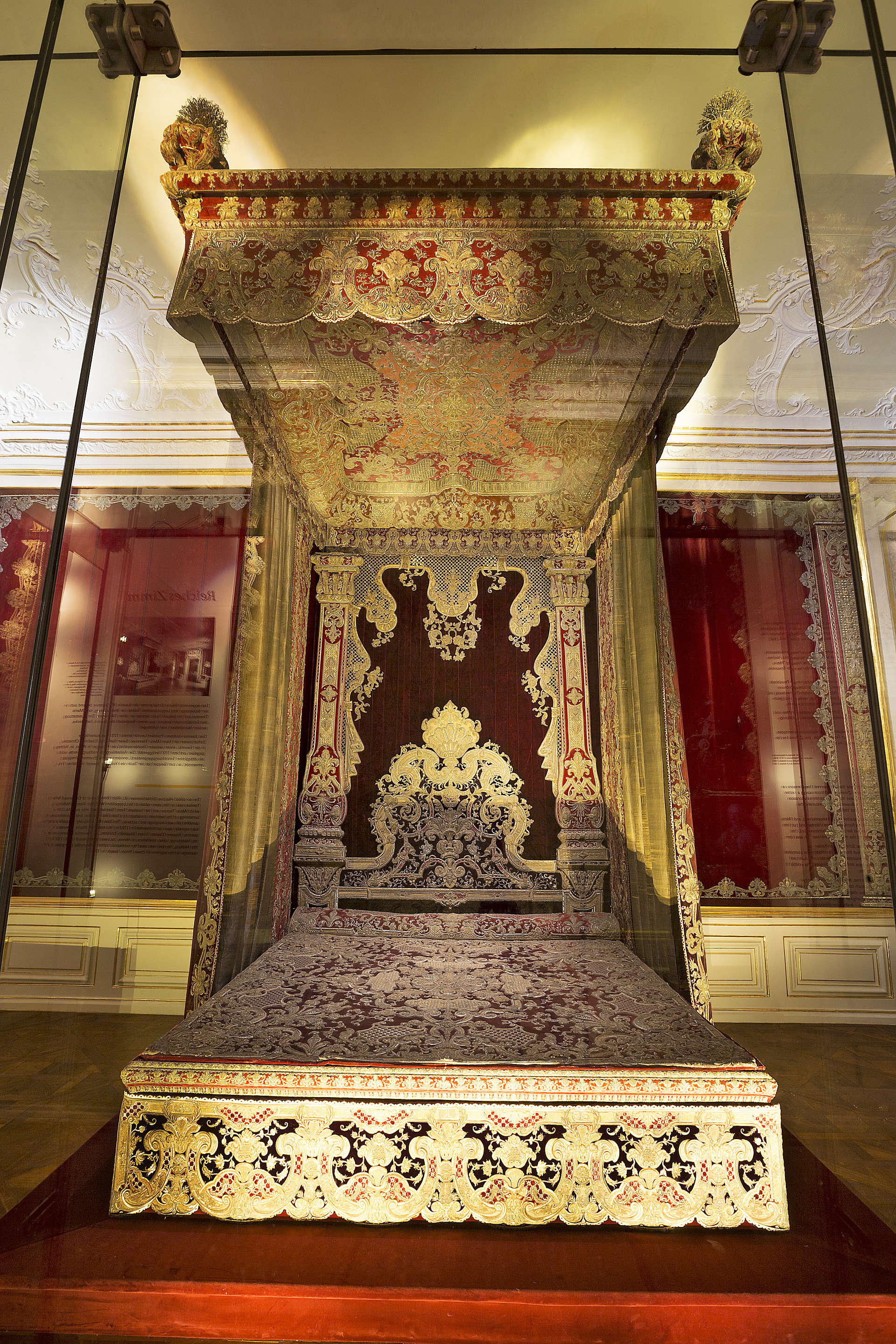