Known today as the Red Salon, this room is decorated in the style typical of the later years of Emperor Franz Joseph’s reign. The room is characterized by the wall hangings and upholstery in ‘court damask’, a red silk damask with a design based on a pineapple-like central motif.

The portraits displayed in this room show three generations of Habsburg rulers between Maria Theresa in the eighteenth century and Franz Joseph in the nineteenth century.

This succession of generations begins with Emperor Leopold II, a son of Maria Theresa. Having assumed the throne from his elder brother Joseph II, who had died without surviving heirs, he ruled for only two years.

Historically the most interesting figure in this series of Habsburg rulers is Emperor Franz, whose portrait hangs to the left of the stove. Franz was Leopold’s eldest son and thus a grandson of Maria Theresa. He was to become the grandfather of Emperor Franz Joseph.

Franz’s reign fell in a time of great upheaval. The old feudal order in Europe broke apart when Napoleon Bonaparte crowned himself emperor of the French in 1804. In response, Franz announced that he would assume the title of Emperor of Austria. In 1806 he found himself forced to dissolve the Holy Roman Empire, whose last ruler he had been.

After the fall of Napoleon, Emperor Franz hosted the Congress of Vienna, convened in 1814–1815 to re-establish the old order in Europe.

In front of the painting of the emperor is an easel bearing a portrait of one of his daughters, Maria Leopoldine (1797–1826), who was married to the Portuguese crown prince and later emperor of Brazil, Dom Pedro, in 1817. Highly intelligent and with a deep interest in the natural sciences, Leopoldine subsequently initiated and supported Brazil’s struggle to gain independence from Portugal, something for which the Austrian archduchess is still revered as a national heroine in Brazil today.

Emperor Franz was followed on the throne by his eldest son Ferdinand I, a weak ruler who abdicated during the revolution of 1848 in favour of his nephew Franz Joseph. Next to the portrait of Ferdinand is a likeness of his wife, Empress Maria Anna. 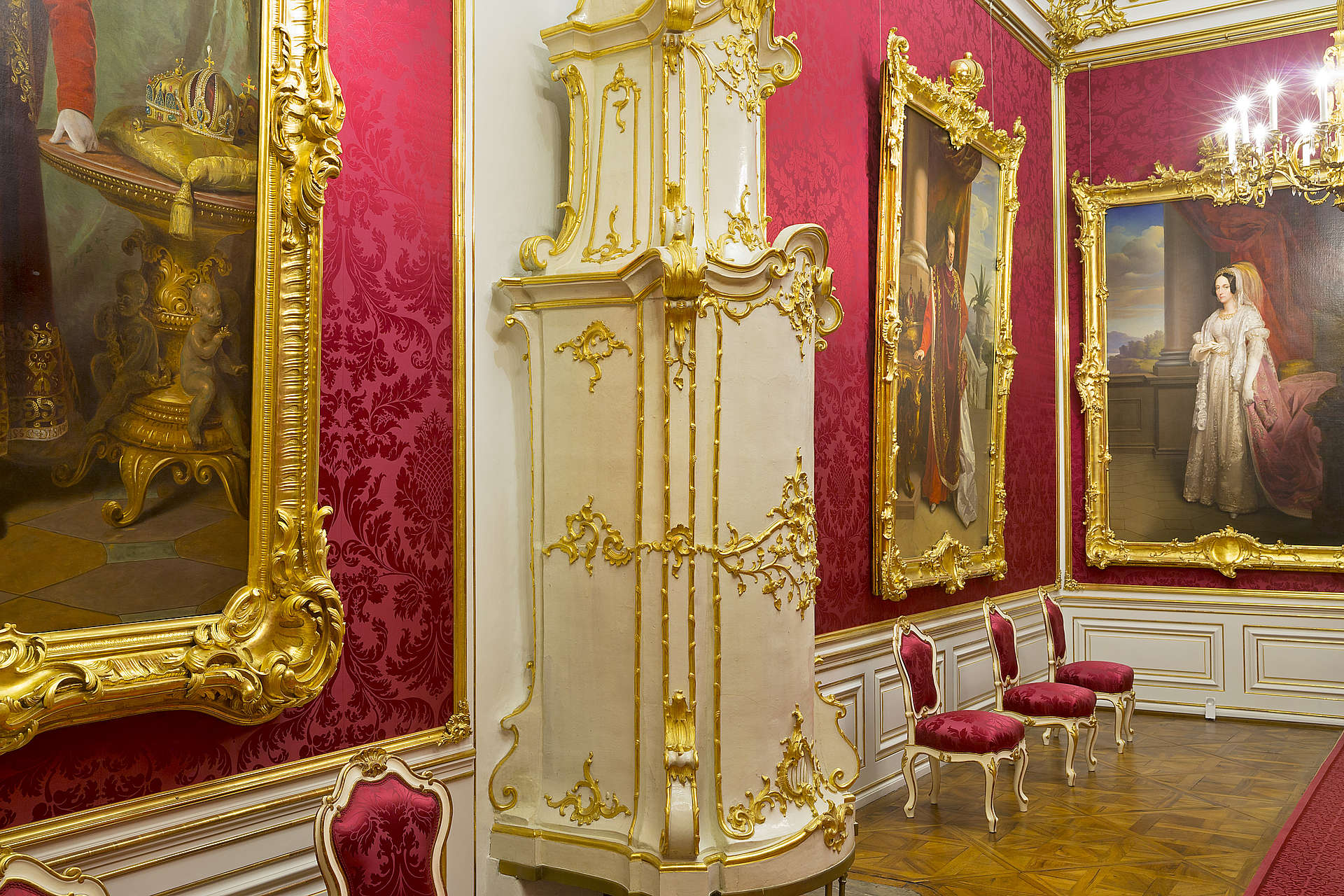 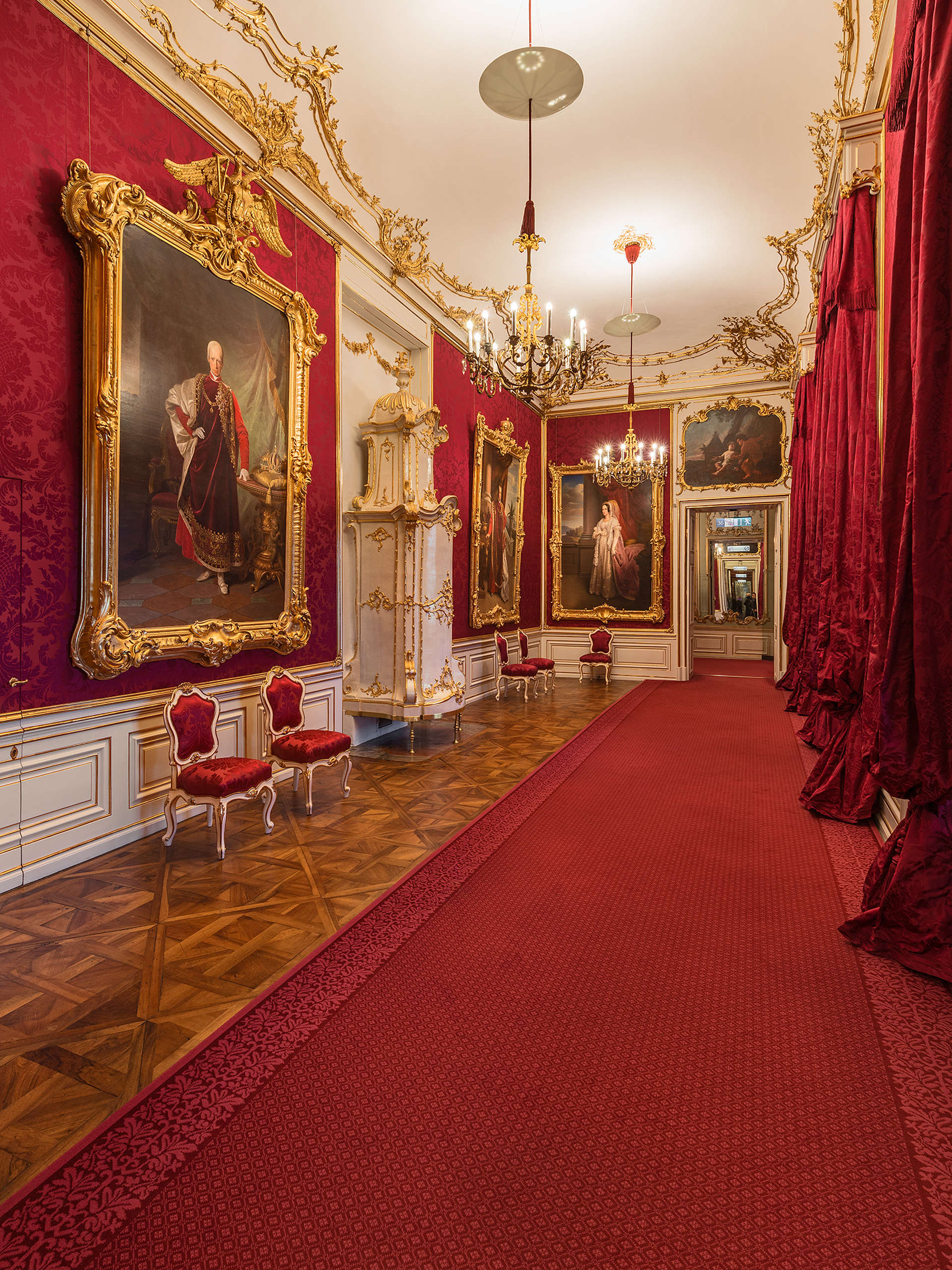 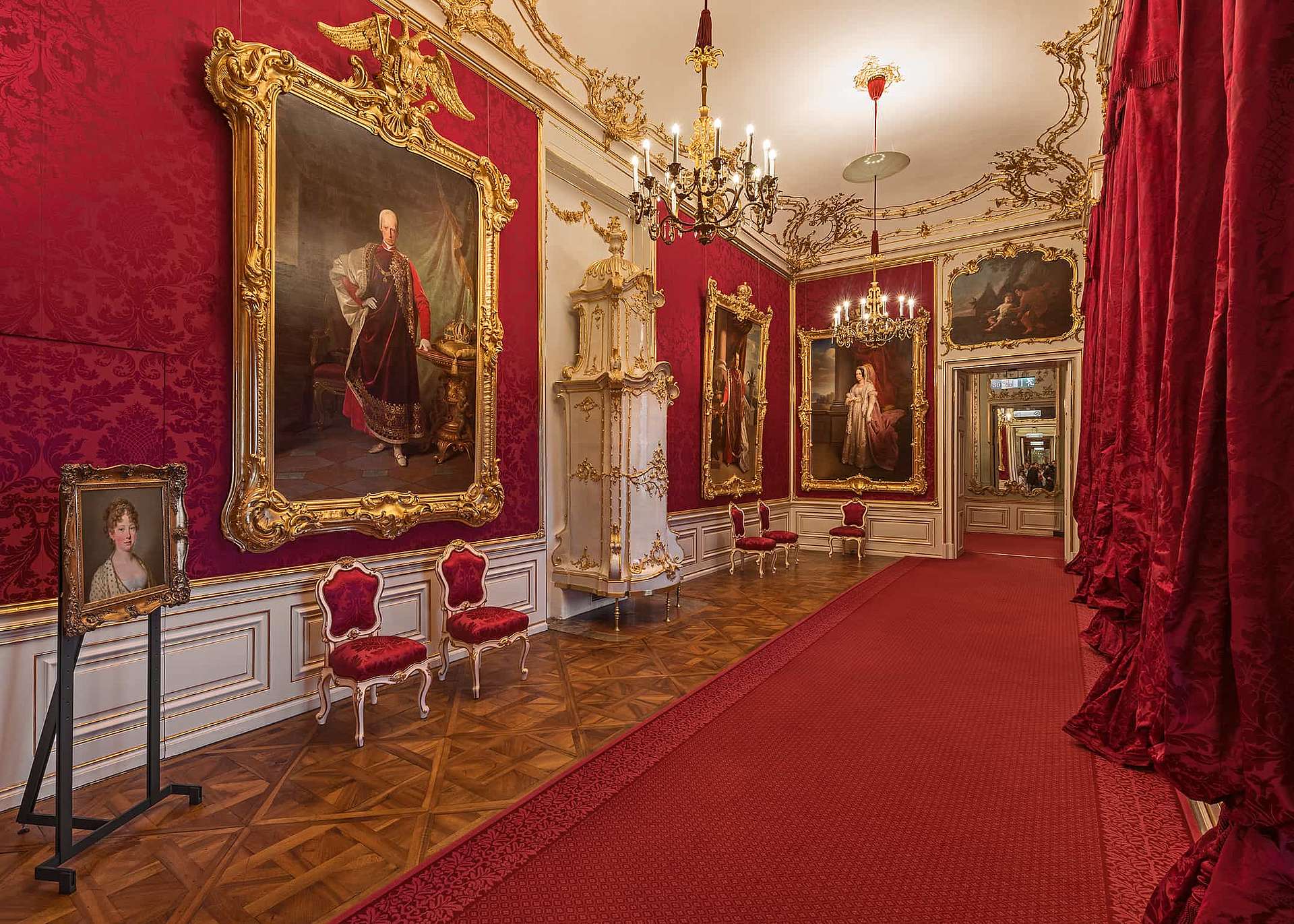 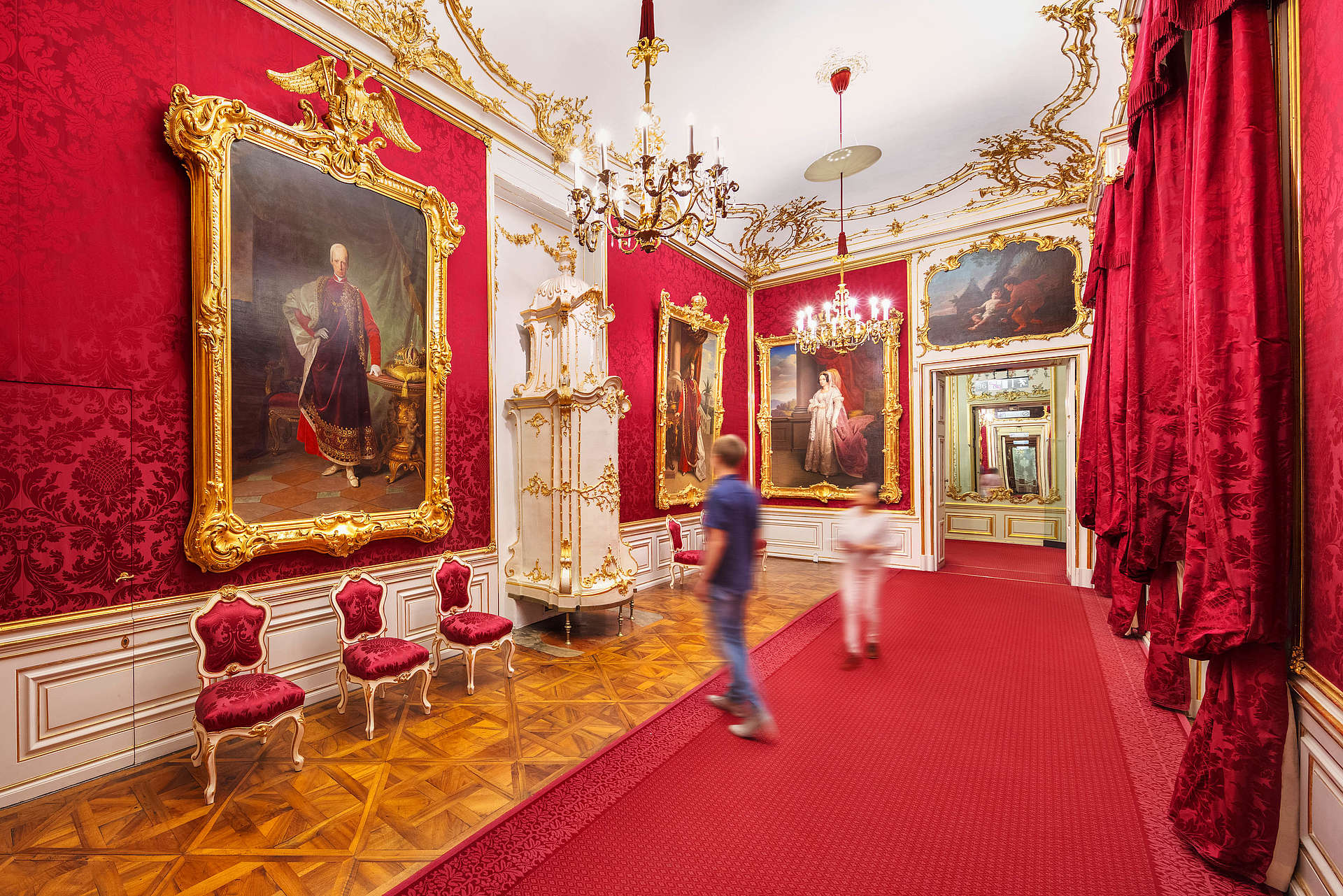