The interior of the Millions Room is particularly extravagant and sumptuous. In the ceremonial sequence of rooms prescribed for the Viennese court, Maria Theresa used this room, originally known as the Mirrors Room, to receive guests for private audiences.

The room owes the name by which it is popularly known today to its precious décor of sumptuous materials.

This room also shows Maria Theresa’s delight in the exotic. However, here it is not expressed in objects from China; the interior derives its characteristic atmosphere from sixty collages of Indo-Persian miniatures set into richly gilded rocaille cartouches in the wall panelling. The watercolour miniatures depict scenes from the life of the Mughal rulers in India during the sixteenth and seventeenth century.

The elaborate wall panelling provides an appropriate setting for the miniature paintings. It is made of an exotic palisander wood that was historically known as ‘Feketin’ or ‘Vicatin’ – hence the name Feketin Room as which this major interior from the time of Maria Theresa is also known. It was only after the end of the Monarchy that it was listed as the Millions Room in guides to the palace.

The Millions or Feketin Room also has a playfulness typical of the Baroque era with its love of optical illusion: the interplay of forms and the vibrant colours of the watercolour collages is multiplied by mirrors. Two of the mirrors are placed directly opposite each other, reflecting each other and thus suggesting the illusion of infinity.

Dating from the second period of decoration during the 1760s, the magnificent ensemble is completed by its elaborate flooring of exotic woods and an imaginatively designed chandelier with myriad painted enamel flowers.

From the Millions Room one can look through a glass door into the Miniatures Cabinet. It is decorated with a wealth of small watercolours and gouaches, some signed, which were executed by Maria Theresa’s children and husband. The small, private room contains a breakfast table set with nineteenth-century porcelain. 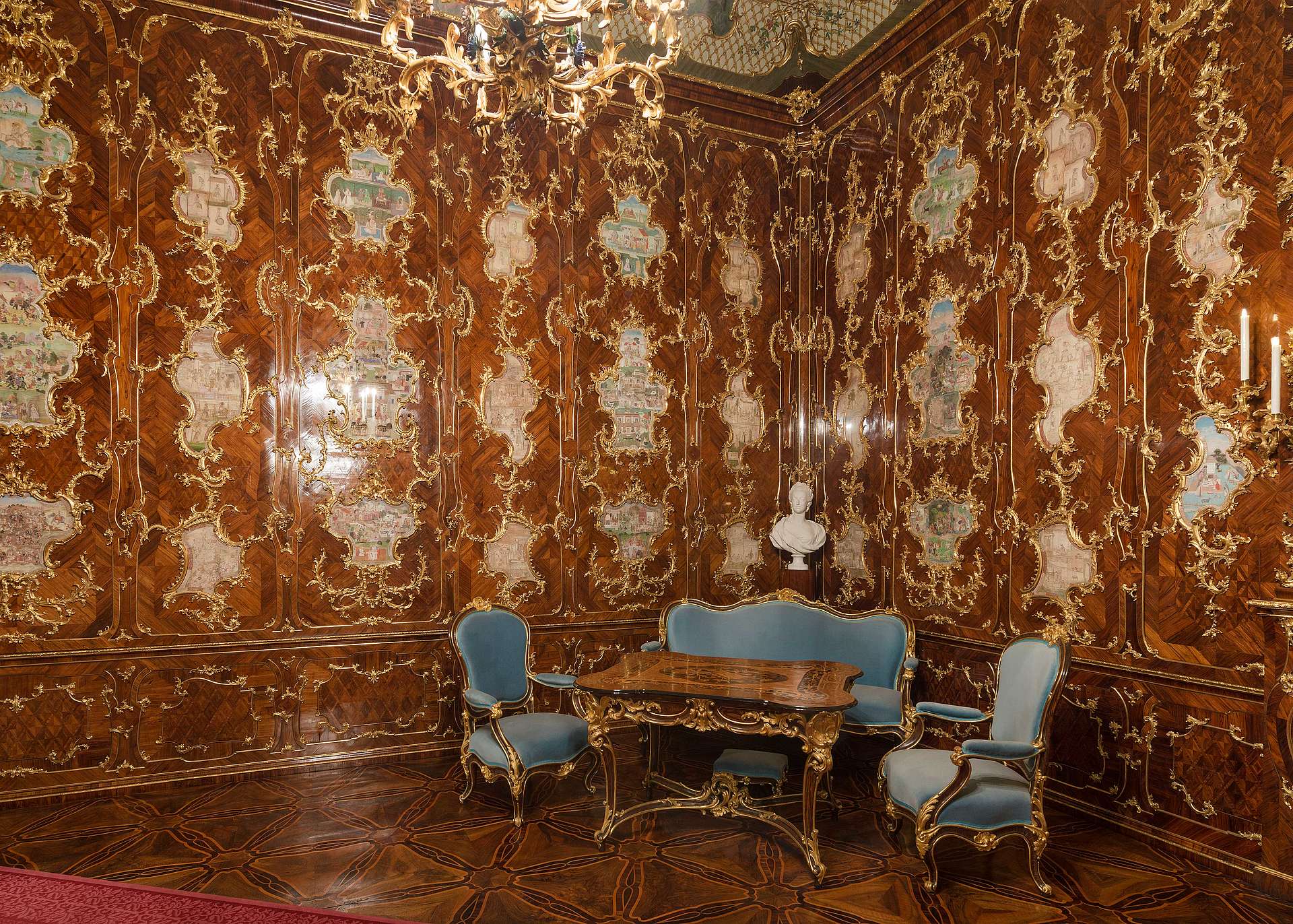 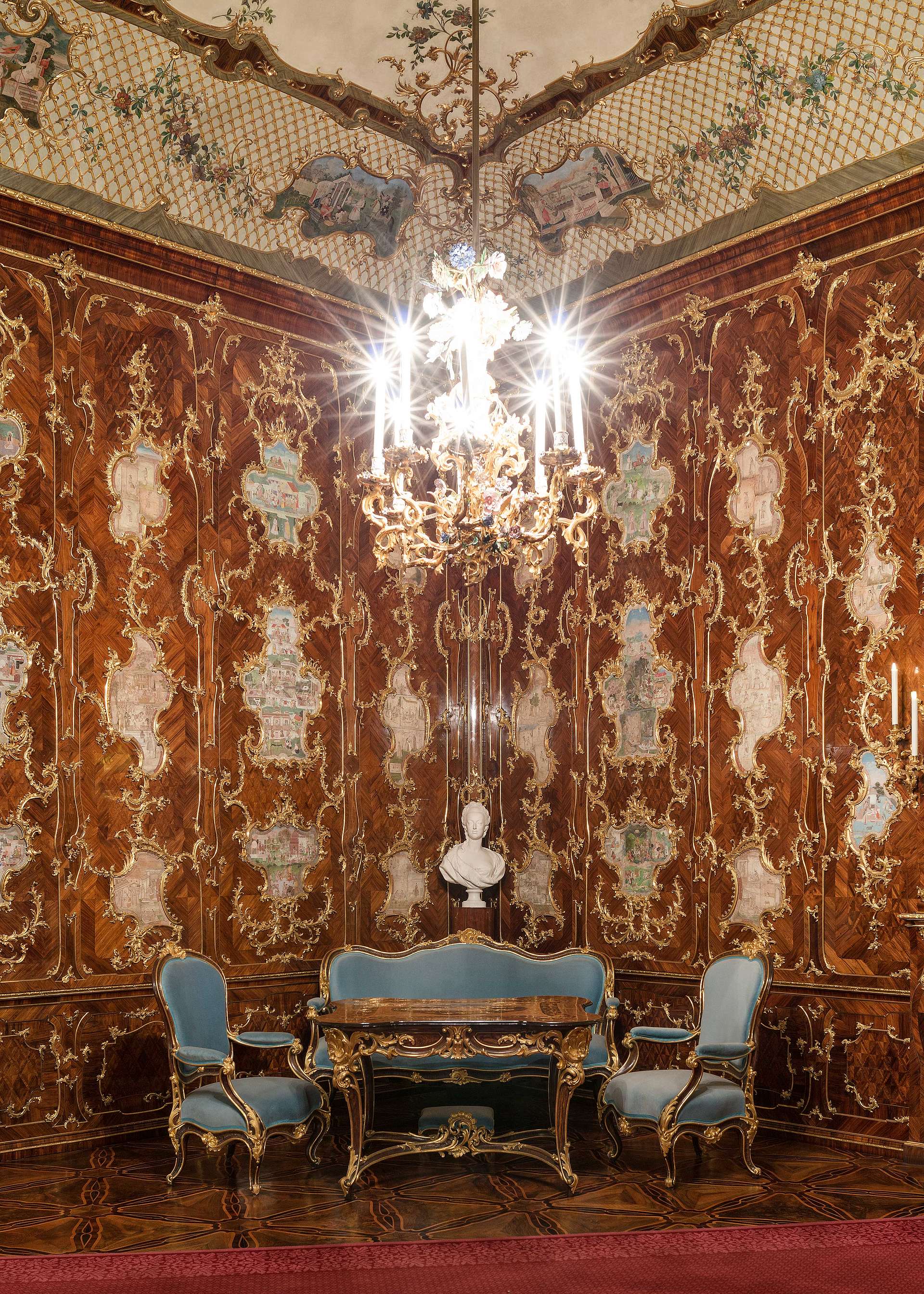 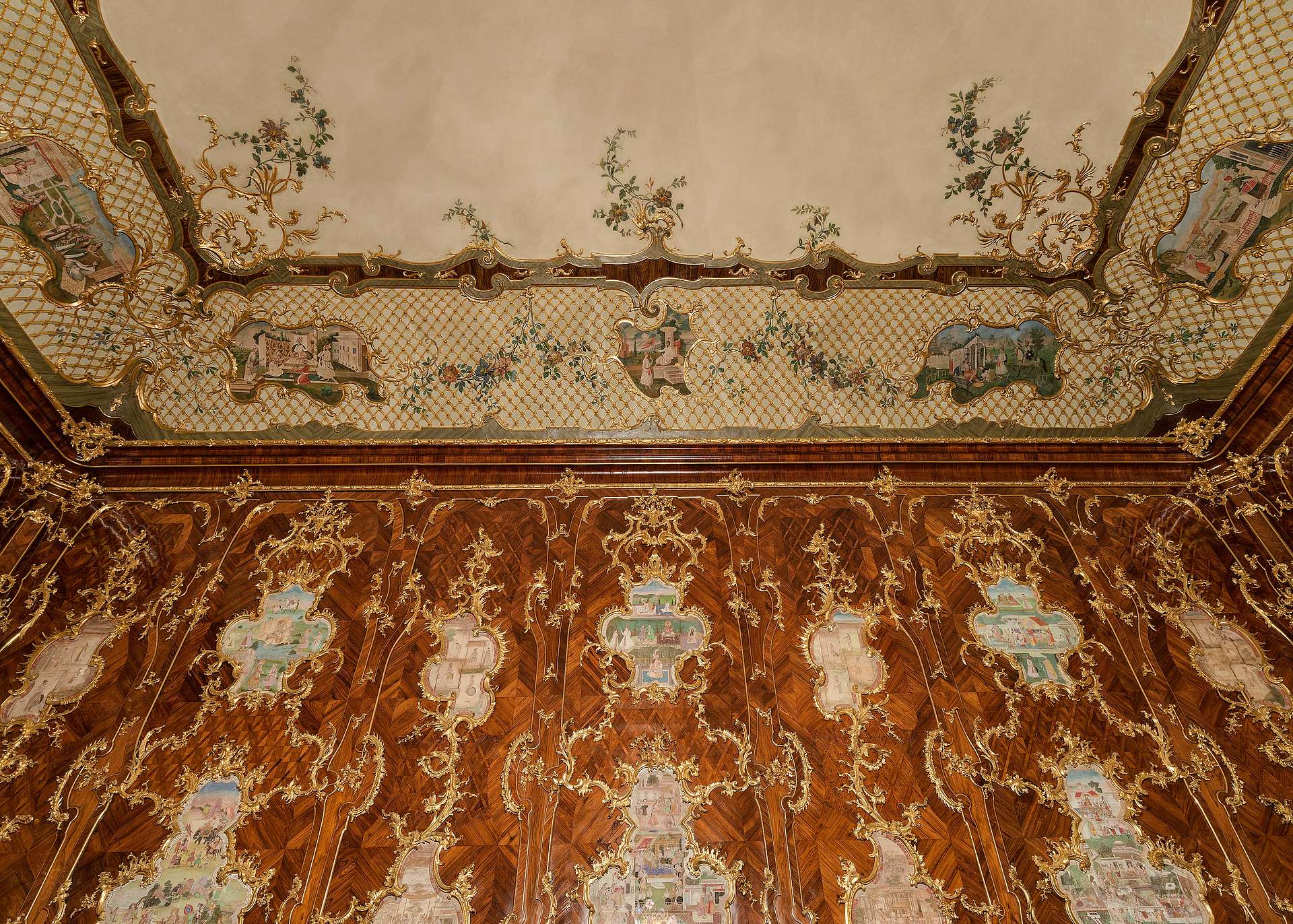 Millions Room in Schönbrunn Palace, section of rosewood paneling with Mogul miniature collages and frieze zone with painted scenes in the form of rococo cartouches. 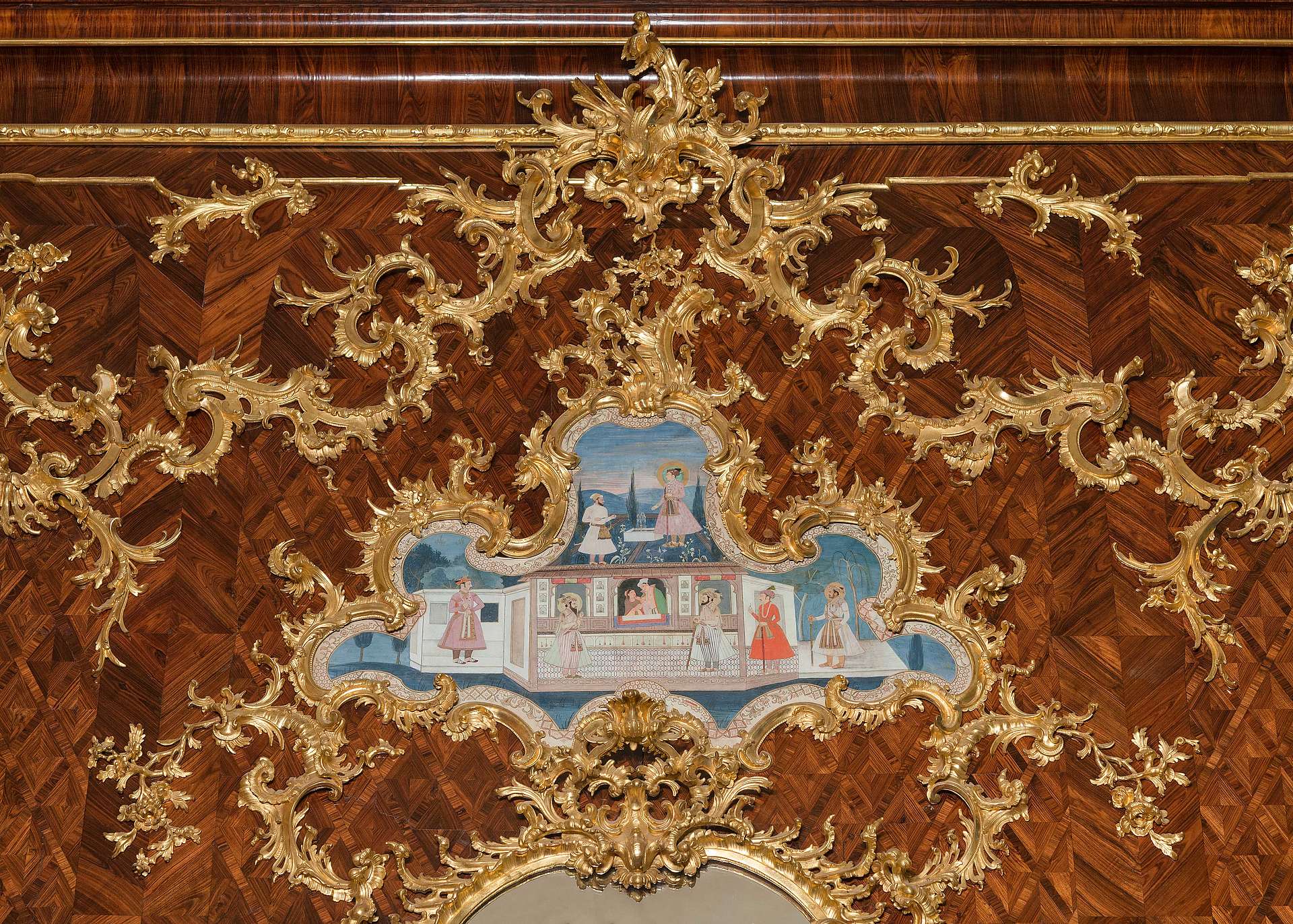 Millions Room in Schönbrunn Palace, detail of one in the collages of miniatures framed in cartouches. 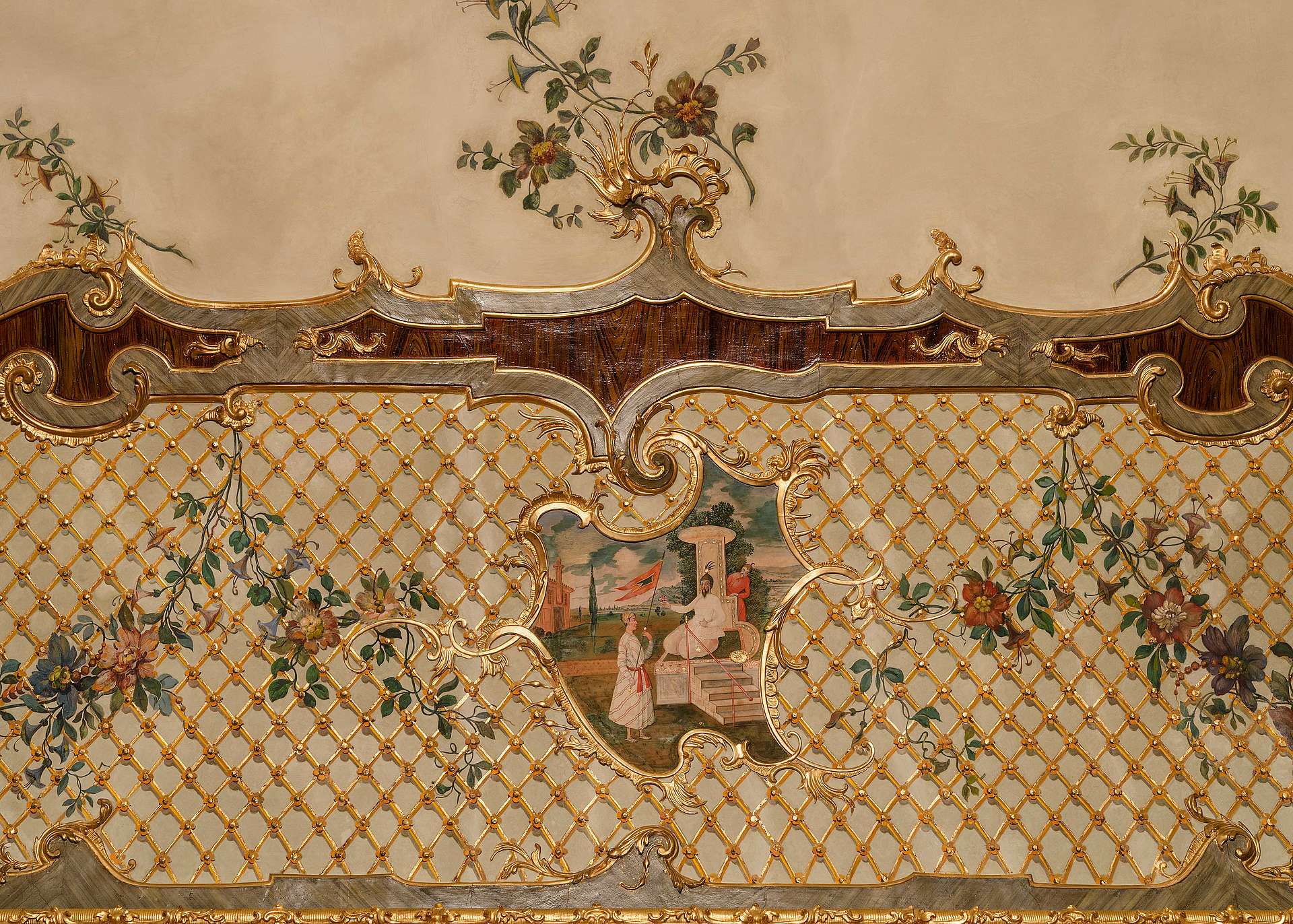 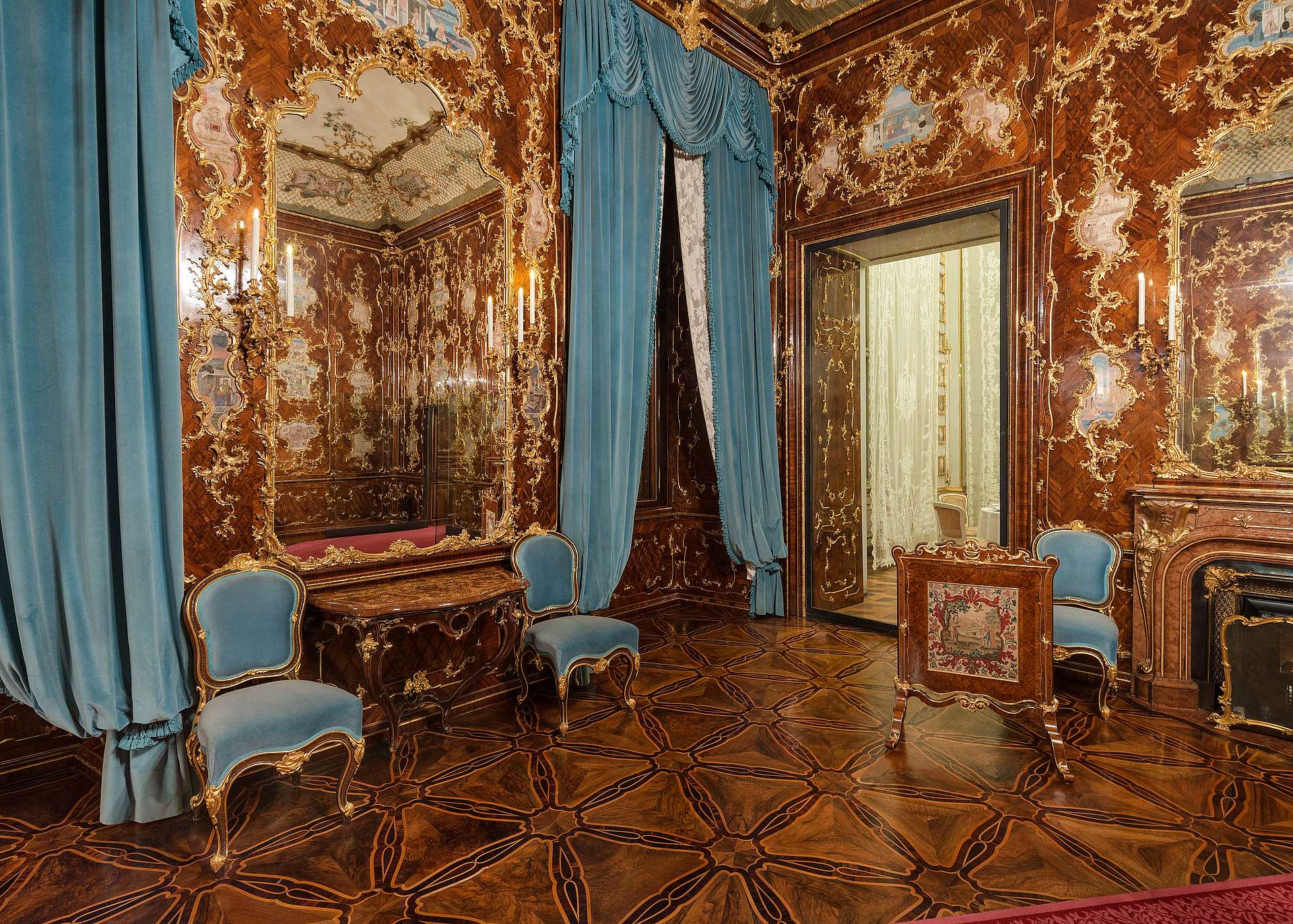 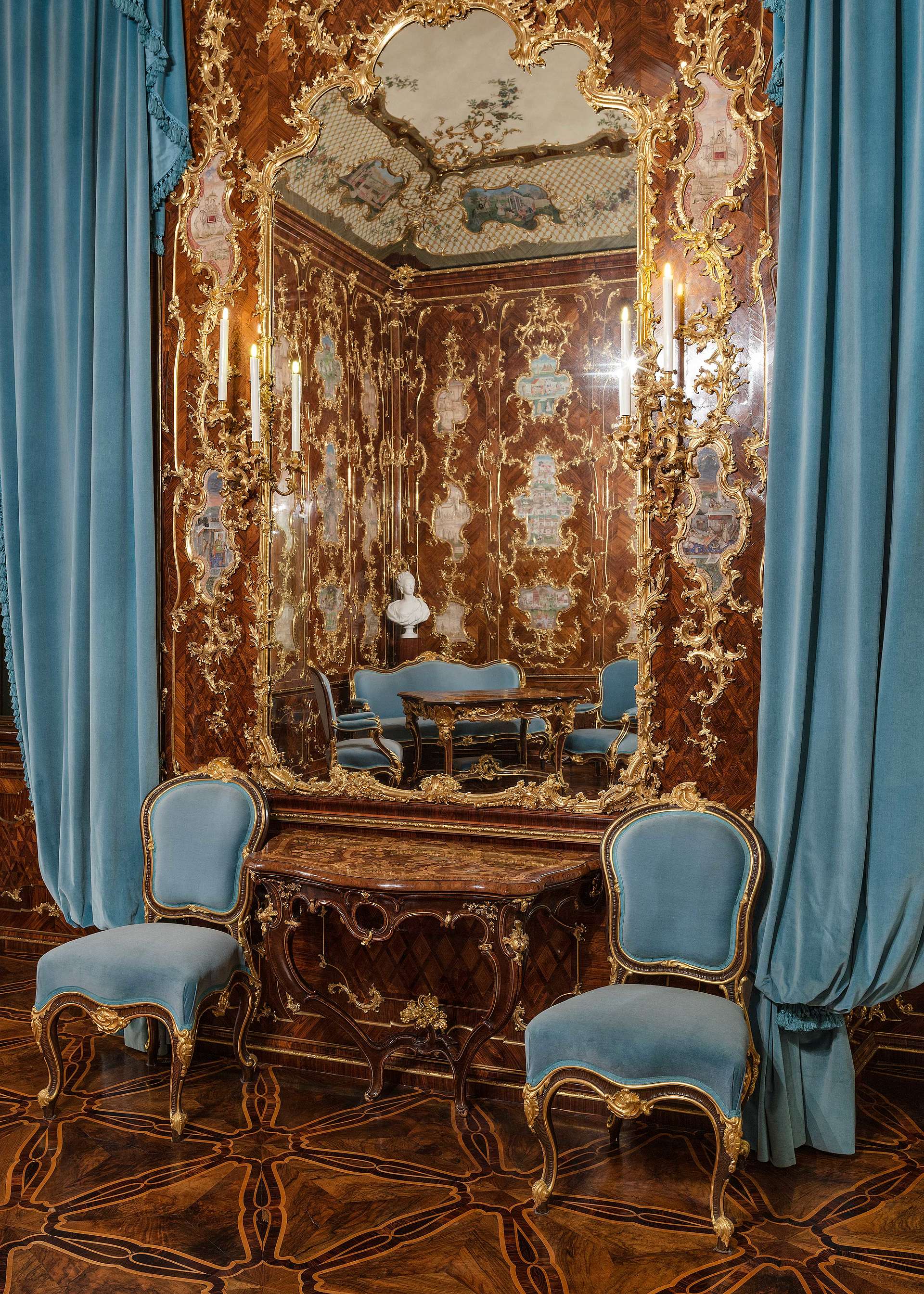 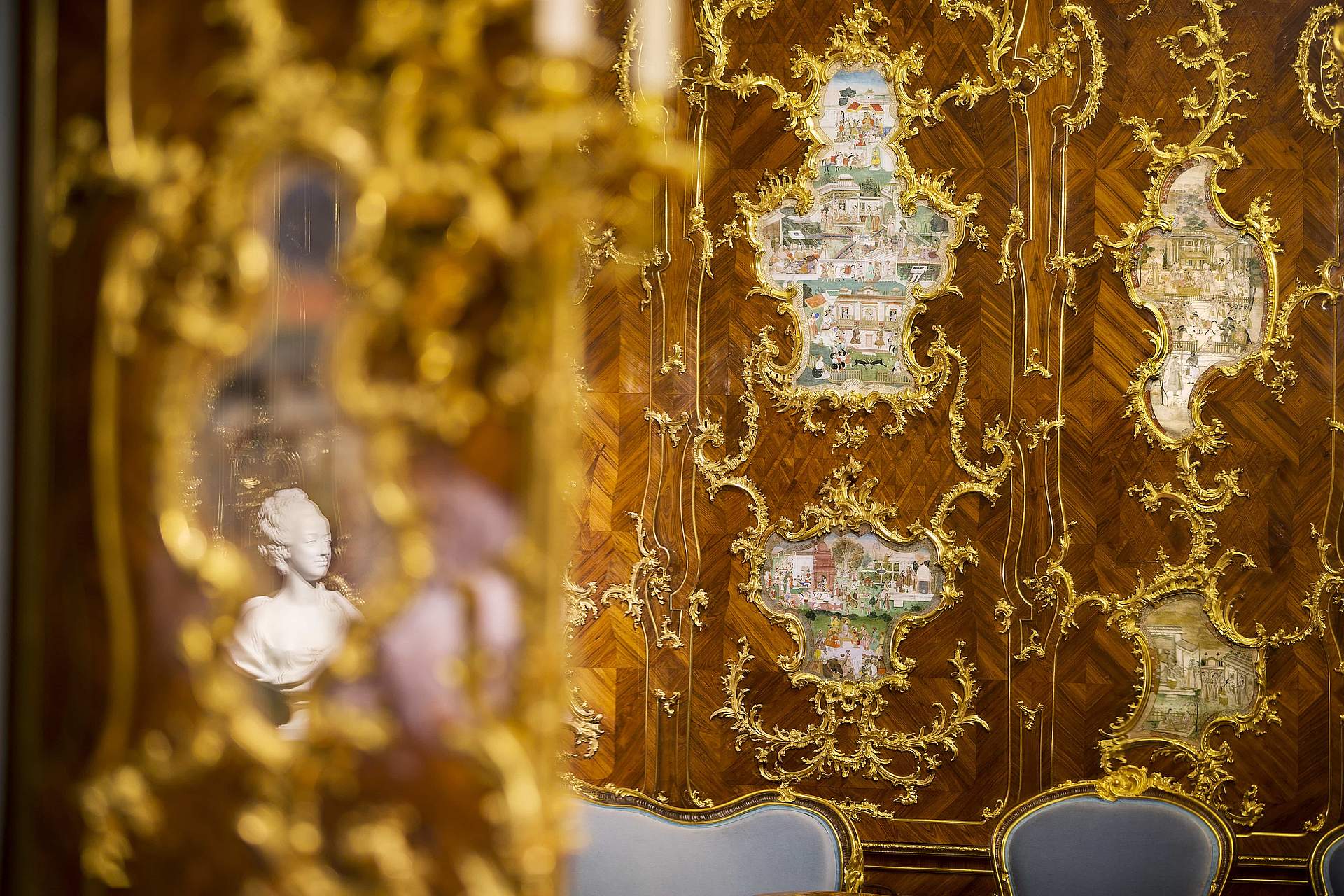 Impression from the Millions Room in Schönbrunn Palace.

Matching the collages on the walls are cartouche-shaped pictures above the cornice displaying Mogul-like scenes, partly executed in fresco technique or on laminated vellum

Matching the collages on the walls are cartouche-shaped pictures above the cornice displaying Mogul-like scenes, partly executed in fresco technique or on laminated vellum