Over forty metres long and almost ten metres wide, the Great Gallery provided the ideal setting for court functions. From the mid-eighteenth century onwards, it was used for balls, receptions and as a banqueting hall.

The tall windows and the crystal mirrors facing them on the opposite wall together with the white-and-gold stucco decoration and the ceiling frescos combine to form a total work of art in its own right, resulting in one of the most magnificent Rococo ceremonial halls in existence.

The central panel of the ceiling frescos by the Italian artist Gregorio Guglielmi shows the prospering of the monarchy under the reign of Maria Theresa. Enthroned at its centre are
Franz Stephan and Maria Theresa surrounded by personifications of monarchical virtues. Ranged around this central group are allegories of the Habsburg Crown Lands, each with
its riches and resources. The western ceiling fresco depicts the flourishing of the Crown Lands, while the fresco on the east side, a reconstruction of the original which was destroyed in a
bombing raid during the Second World War, shows a military allegory.

The electrification of the massive and elaborate gilt chandeliers and wall sconces was carried out in 1901, when the candles were replaced with light bulbs.The upper set of sconces was also installed at this time to increase the illumination, with the result that the Great Gallery is lit by a total of 1,104 bulbs.

The recent comprehensive restoration of the Great Gallery in 2011/2012 included the installation of an innovative lighting system, providing a contemporary lighting solution that closely resembles the effects of candlelight. For the first time LED lights with candle-flame-shaped bulbs and integrated crystals that imitate the flickering light of candles have been used.

Since the foundation of the Republic of Austria the Great Gallery has been used as a venue for concerts and official receptions. In 1961 the legendary encounter between the American president John F. Kennedy and the Russian head of state Nikita Khrushchev took place in this room. 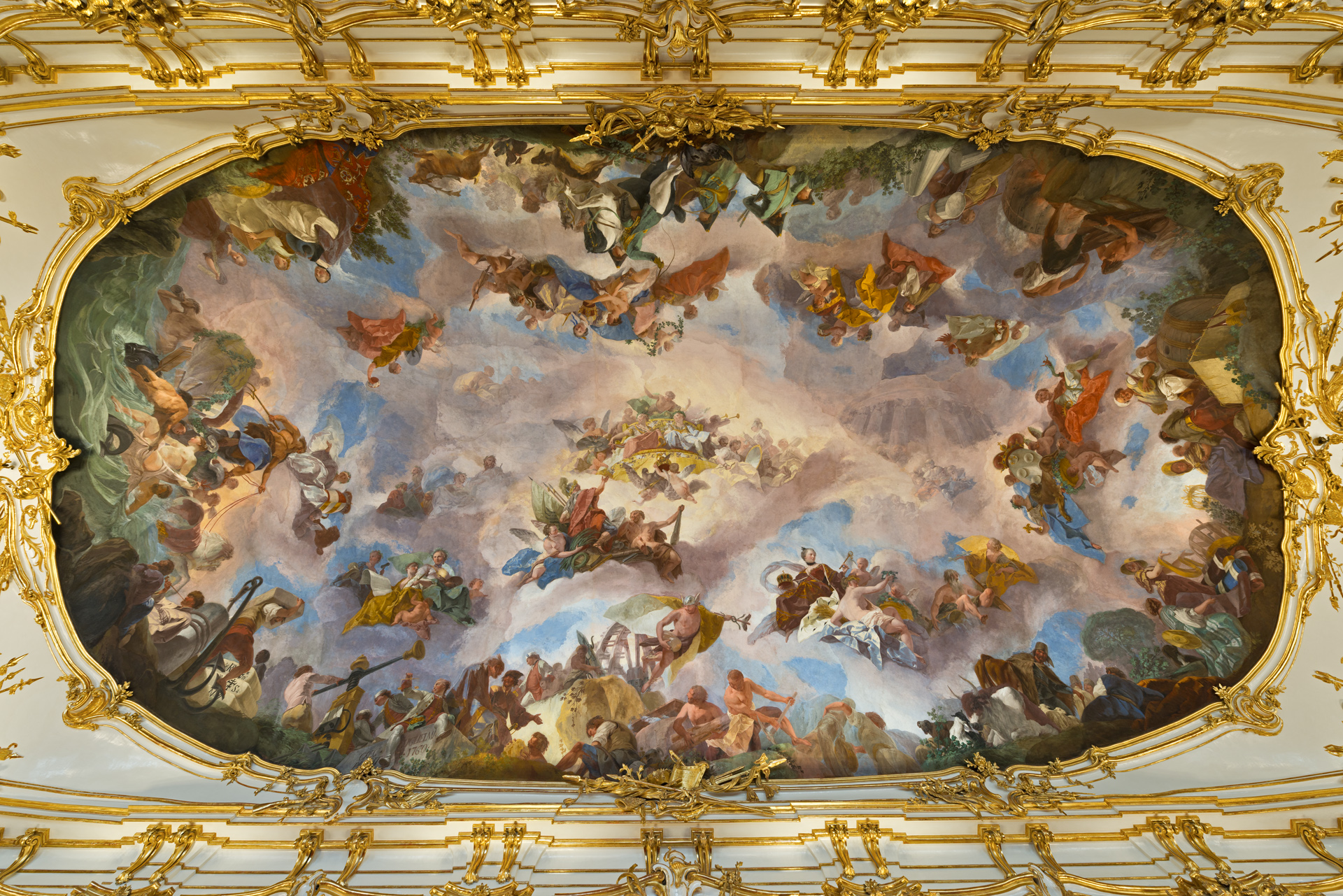 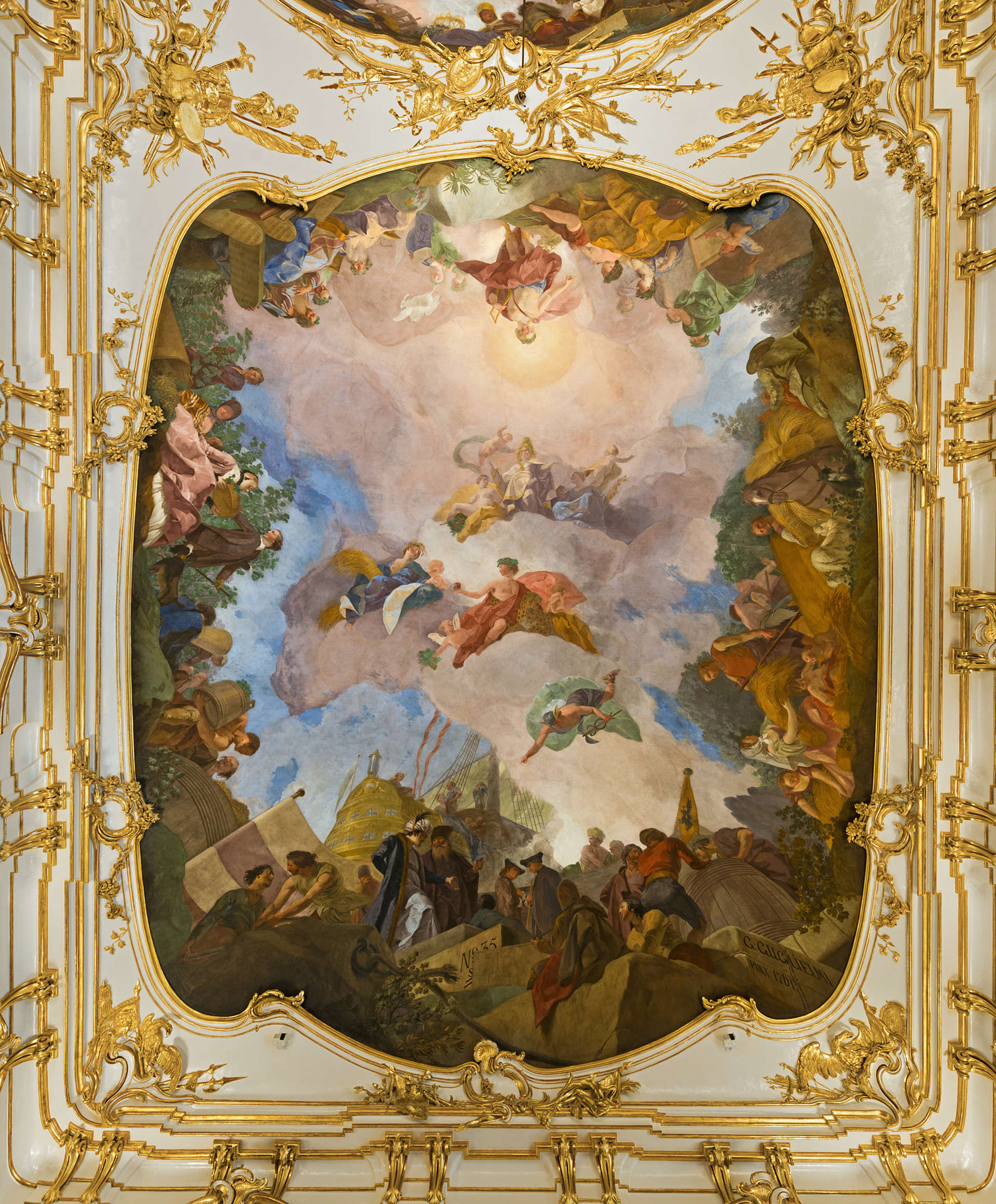 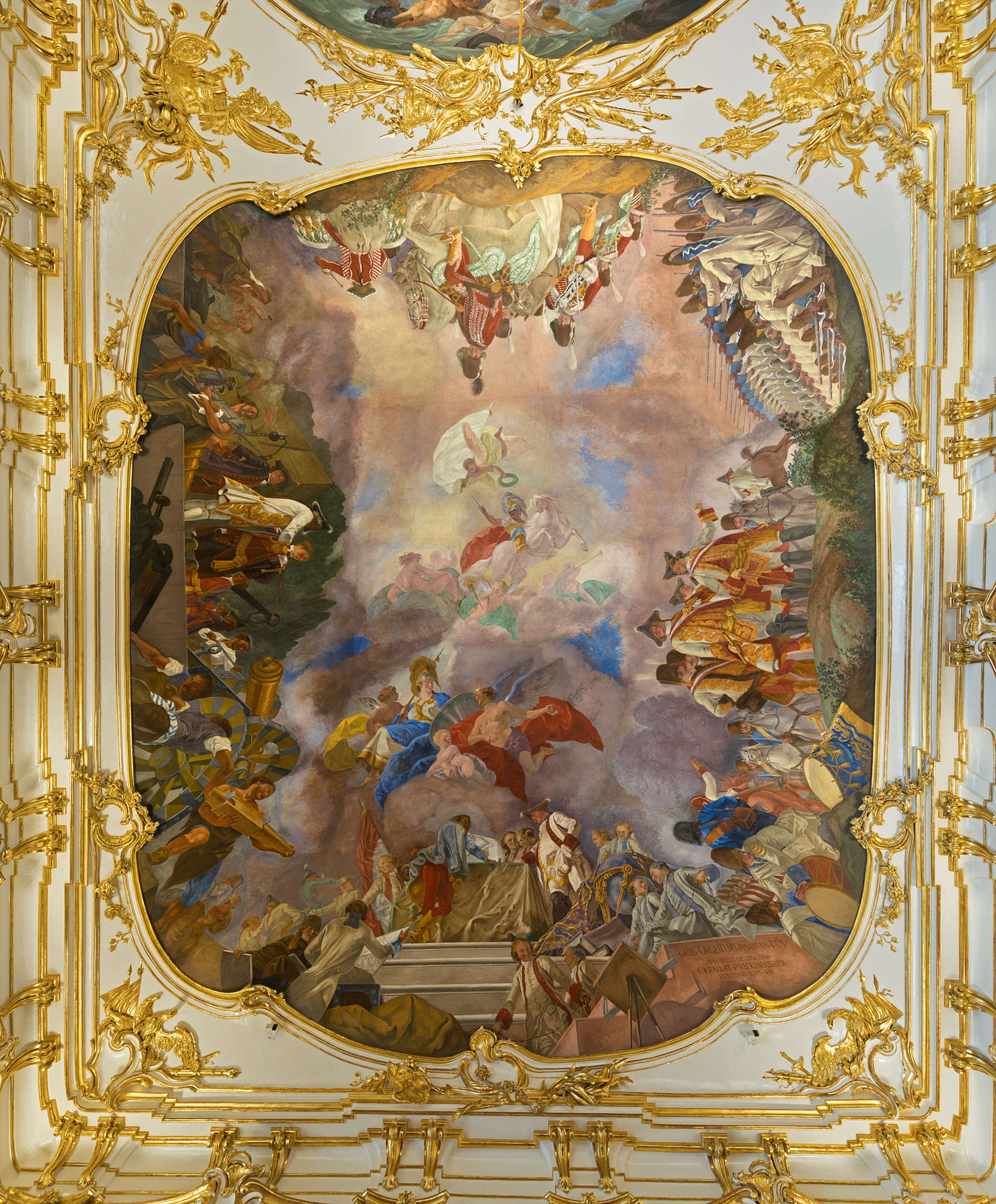 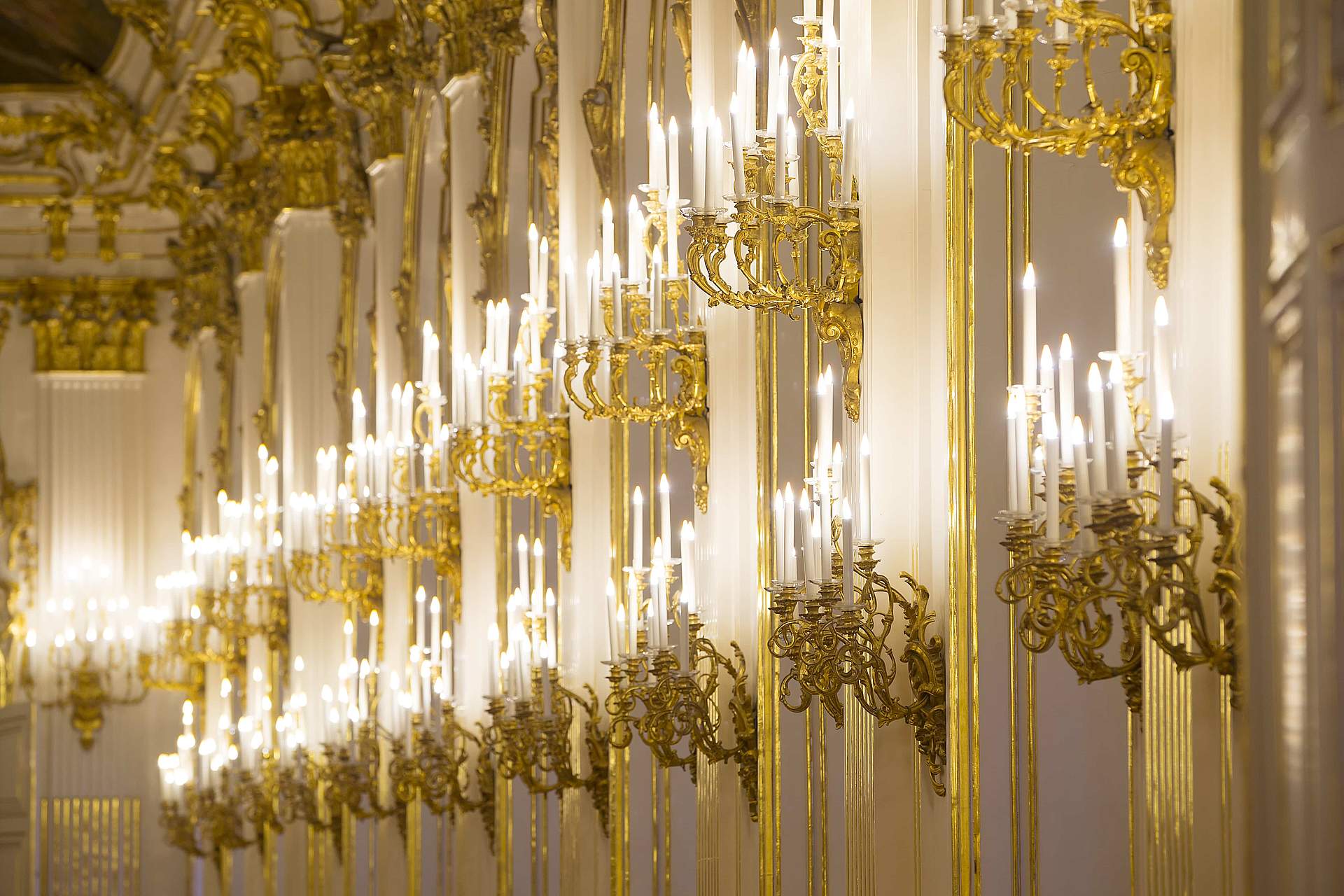 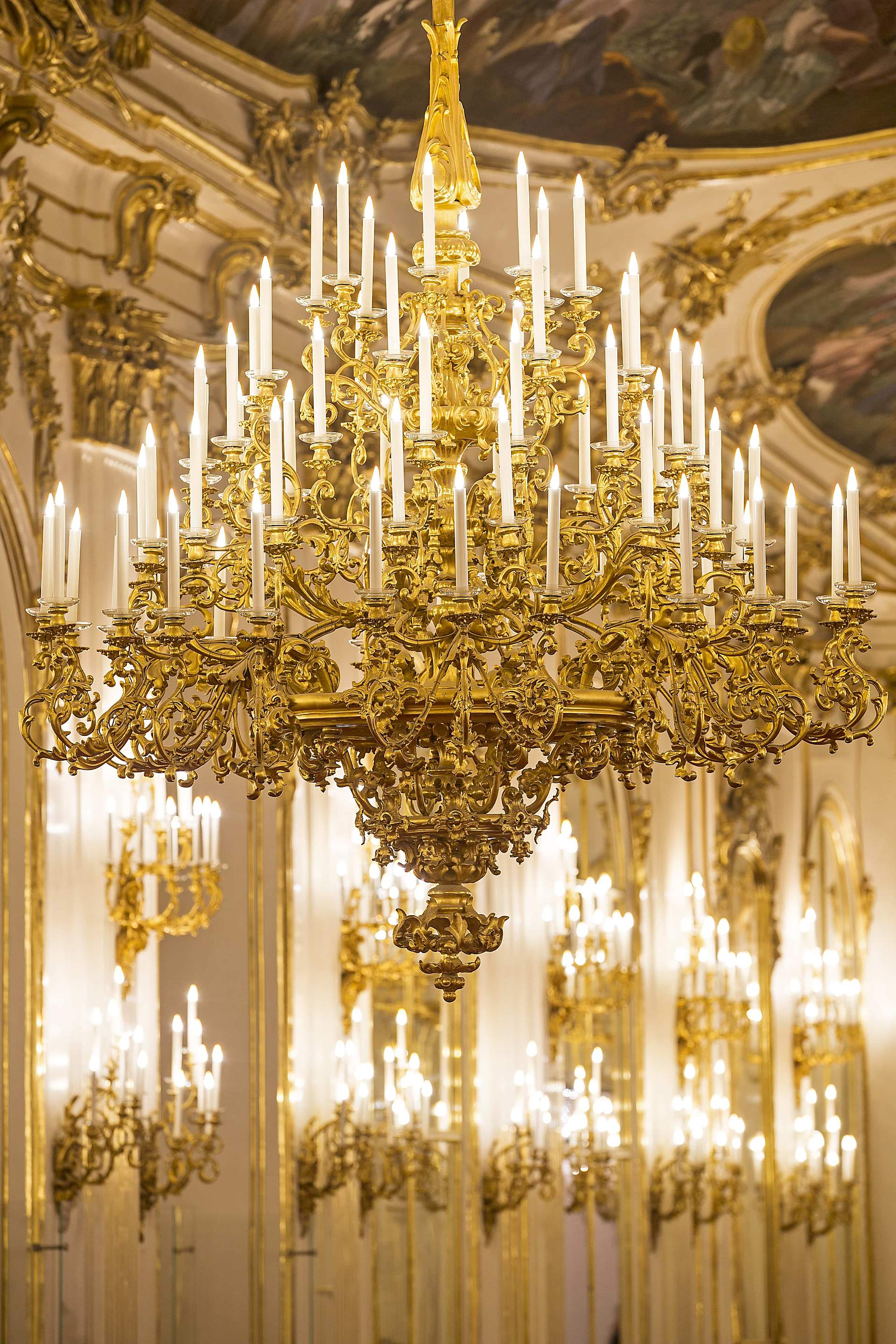 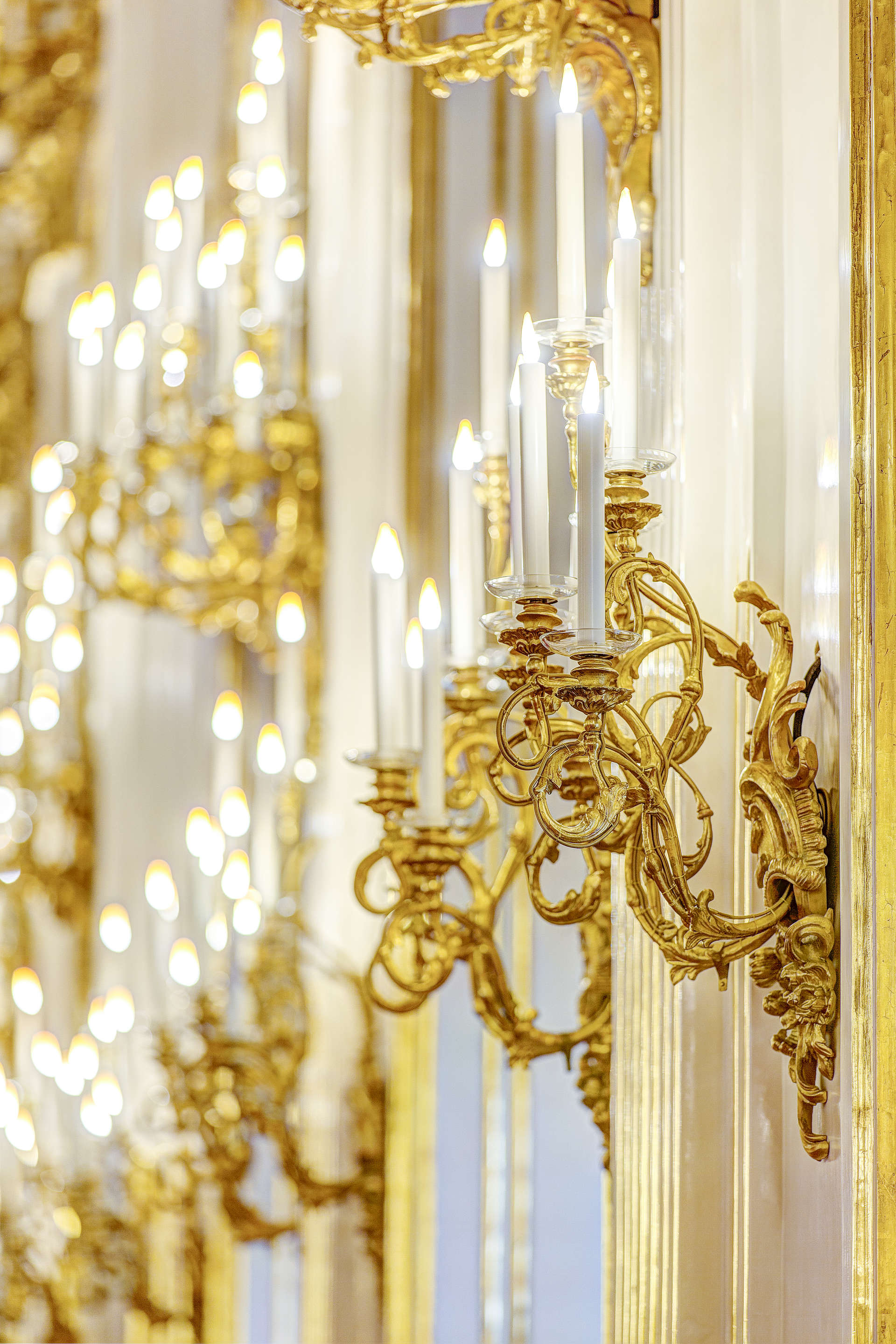 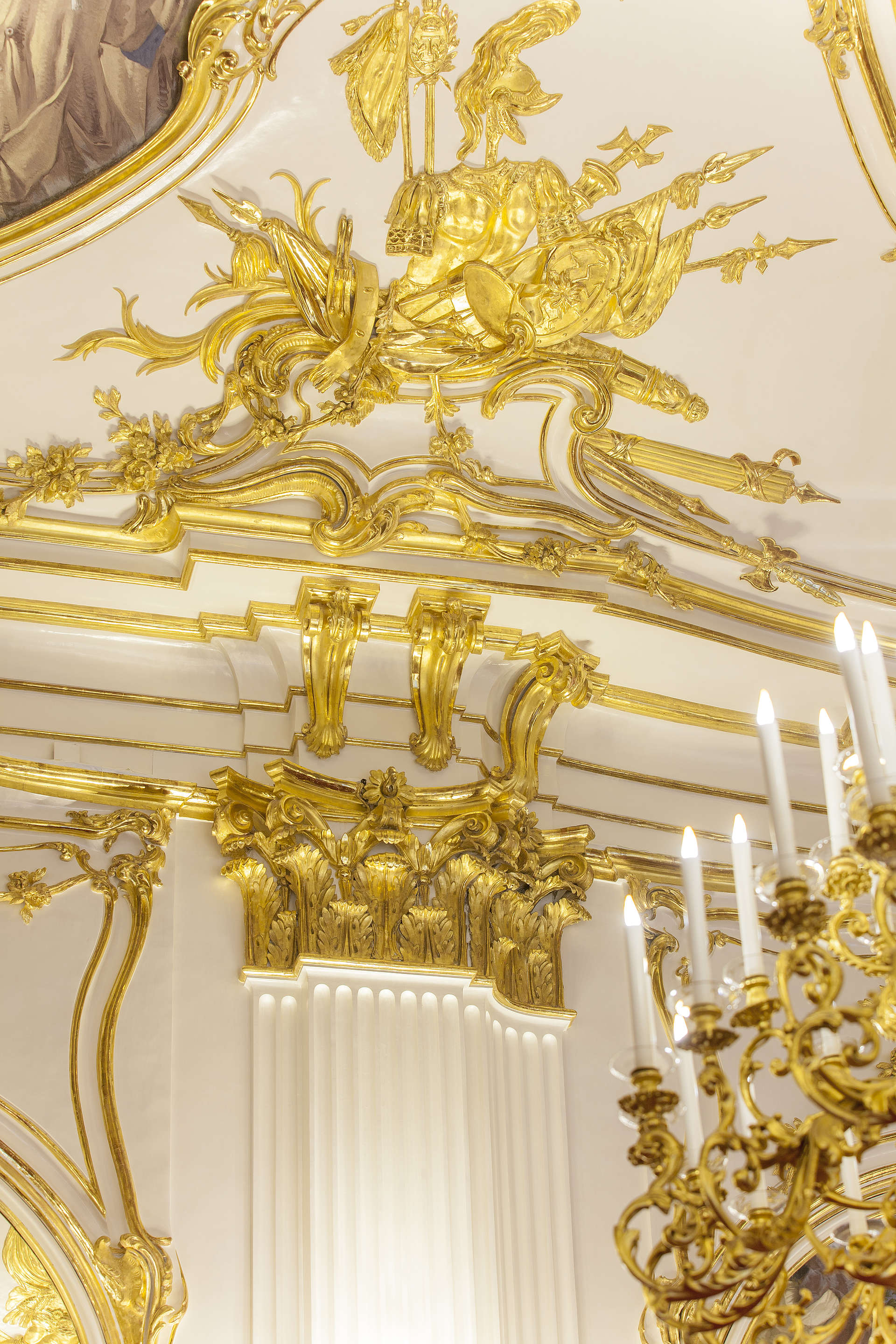 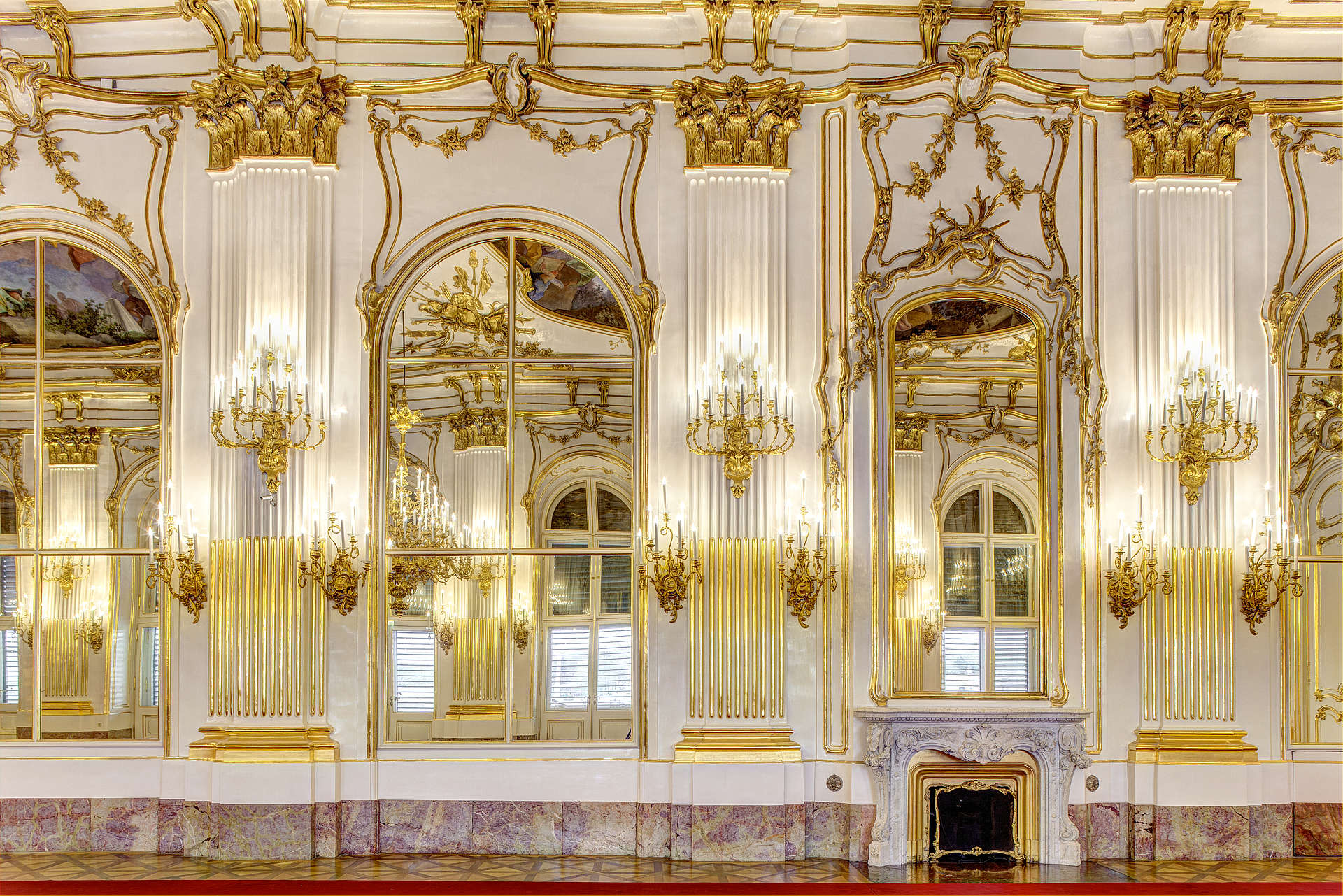 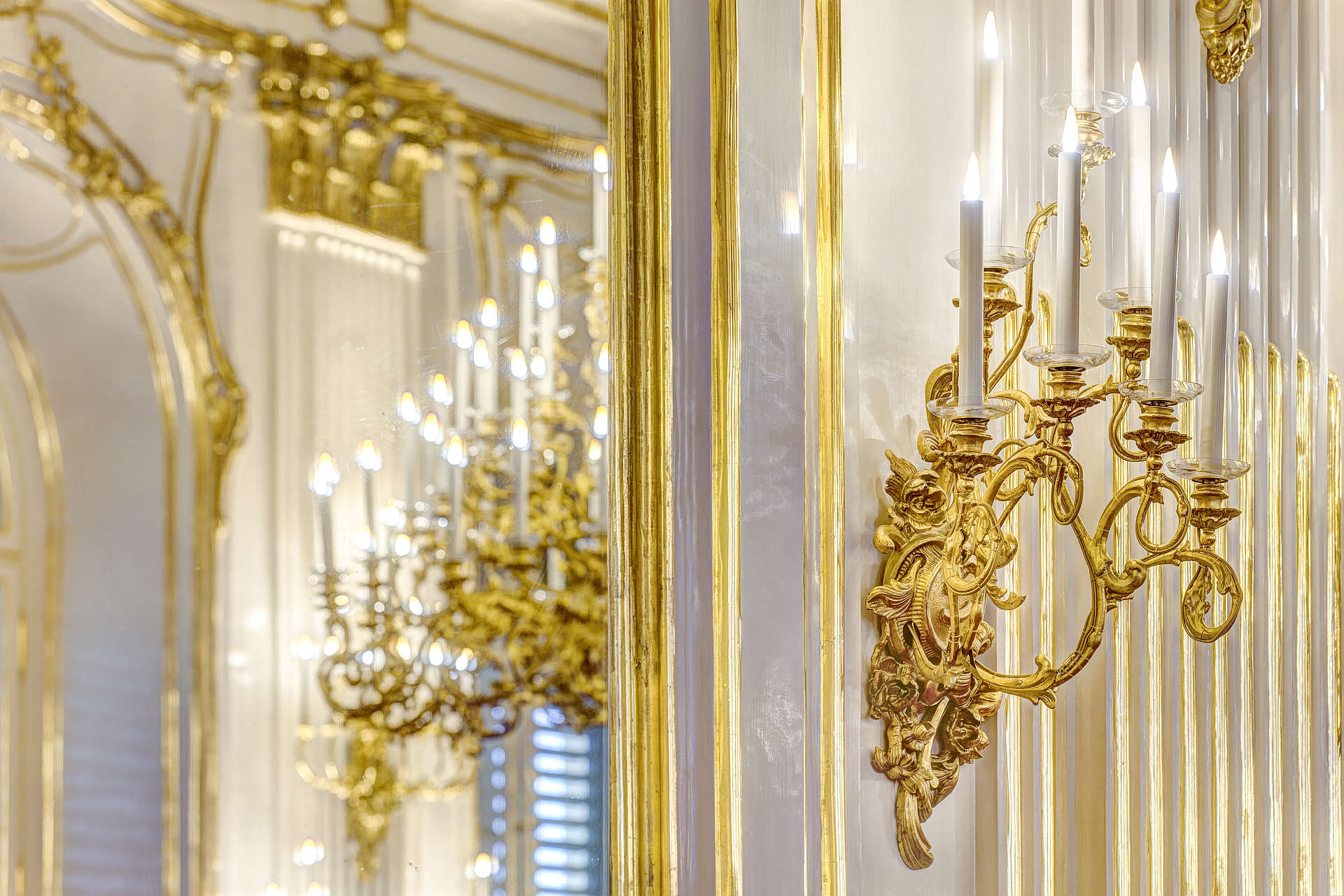 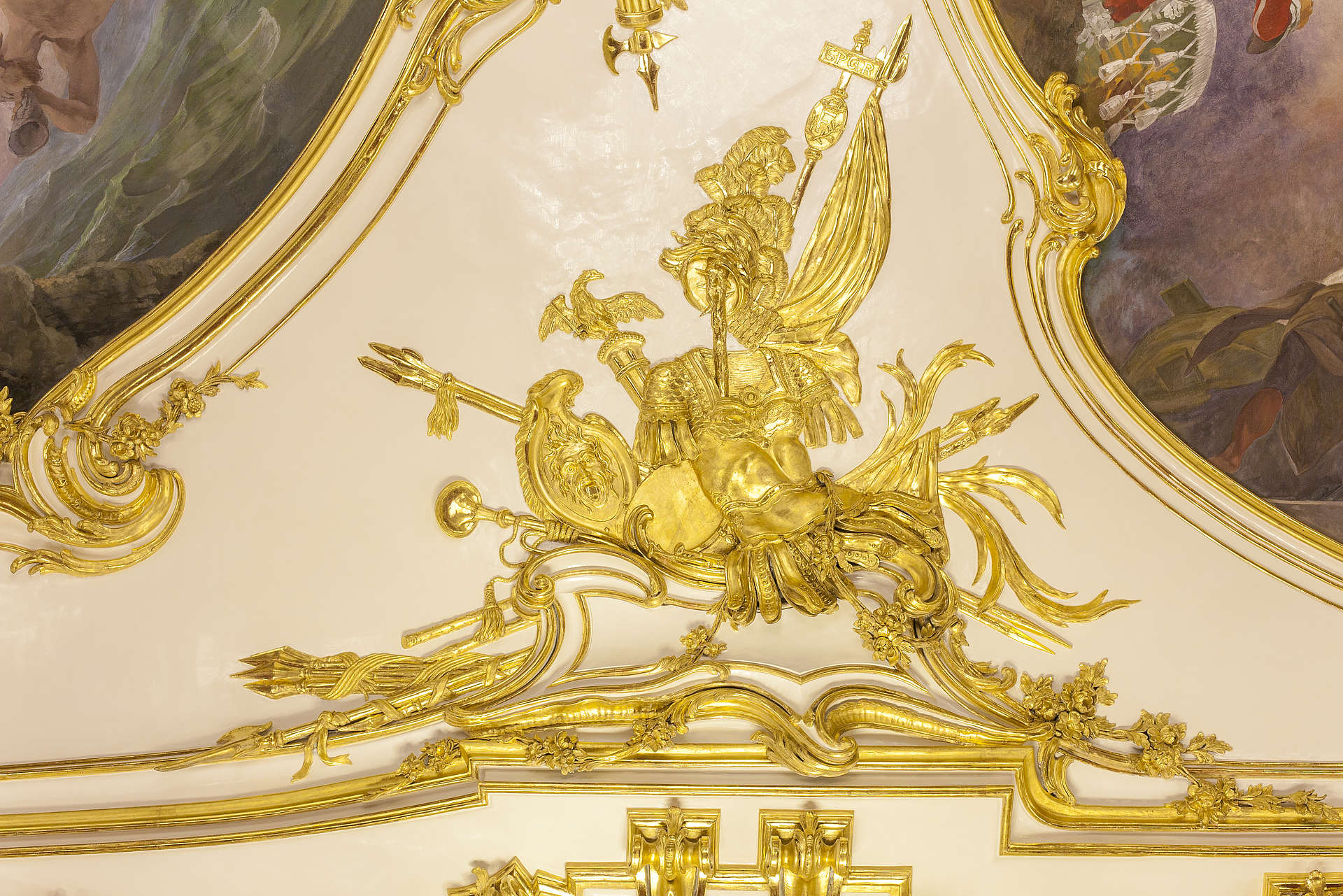 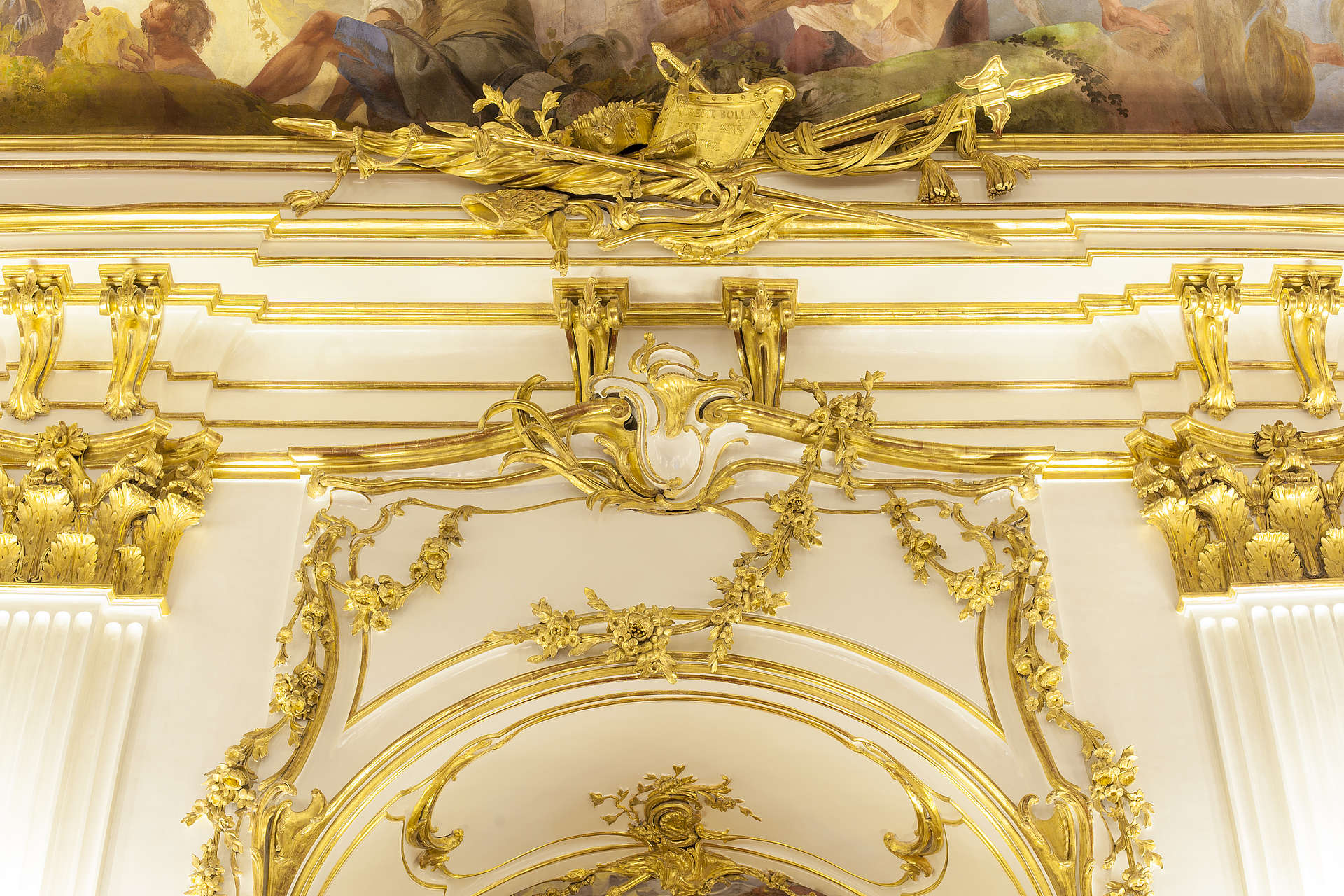 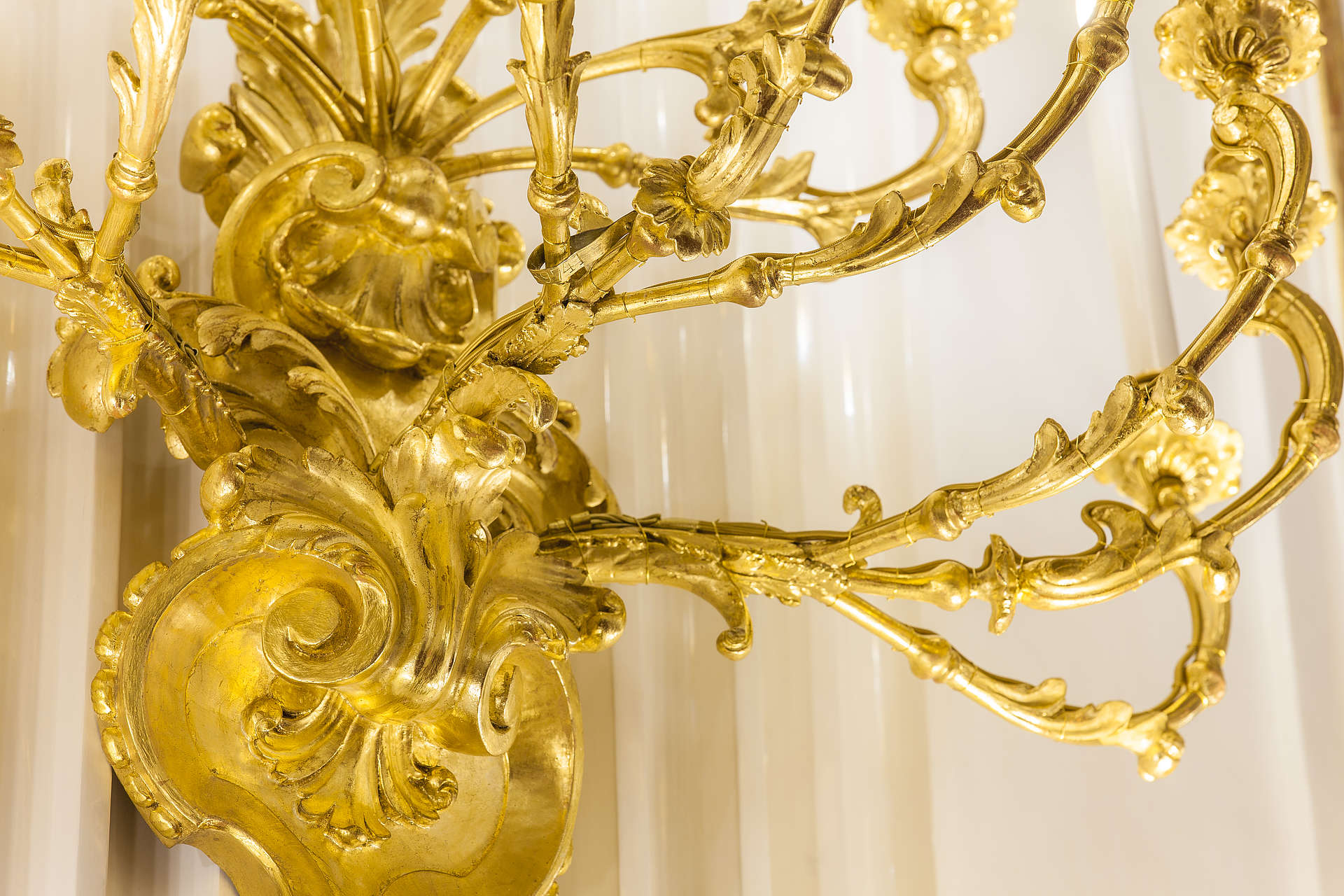