As she grew older, Maria Theresa increasingly suffered from the heat during the summer months. In the last ten years of her life she therefore had a suite furnished for herself on the ground floor of the palace at Schönbrunn, facing the gardens. She engaged the Bohemian artist Johann Wenzel Bergl to decorate the rooms, a task which took him from 1769 to 1778.

As well as the apartment for the empress, suites were furnished for two of her children – Maximilian Franz in the West Wing on the south side, and for Elisabeth in the East Wing facing the Privy Gardens.

The names long used for these apartments and which still occasionally appear in the literature – Goëss Apartment (today Maria Theresa’s Summer Apartment), Crown Prince Apartment and Gisela Apartment – derive from their occupants during the second half of the nineteenth century. The rooms had to be partially restored before they could be used by the latter.

Today also generally called the Bergl Rooms, they are notable above all for their murals, which range from exotic landscapes to formal Baroque gardens; illusionistic painting that aimed at dissolving the confines of the room and merging the painted representation of Nature on the walls with the real landscape beyond the windows.

Bergl had to make do with engravings as the source for some of his motifs of flora and fauna, even though the court plant collections, steadily enriched as a result of the expeditions sponsored by Franz Stephan, contained an abundance of specimens.

This predilection for the exotic can be explained within the context of a proto-Romantic yearning for an idyllic world far removed from the constraints of etiquette. People admired the simplicity and naturalness of far-off lands and saw in them the fulfilment of their dreams of Arcadia, the land of healthy rustic mores and peaceful tranquillity.

Restoration work carried out in the 2000s has revealed the original artistic quality of these paintings, which have no parallel anywhere else in Europe. 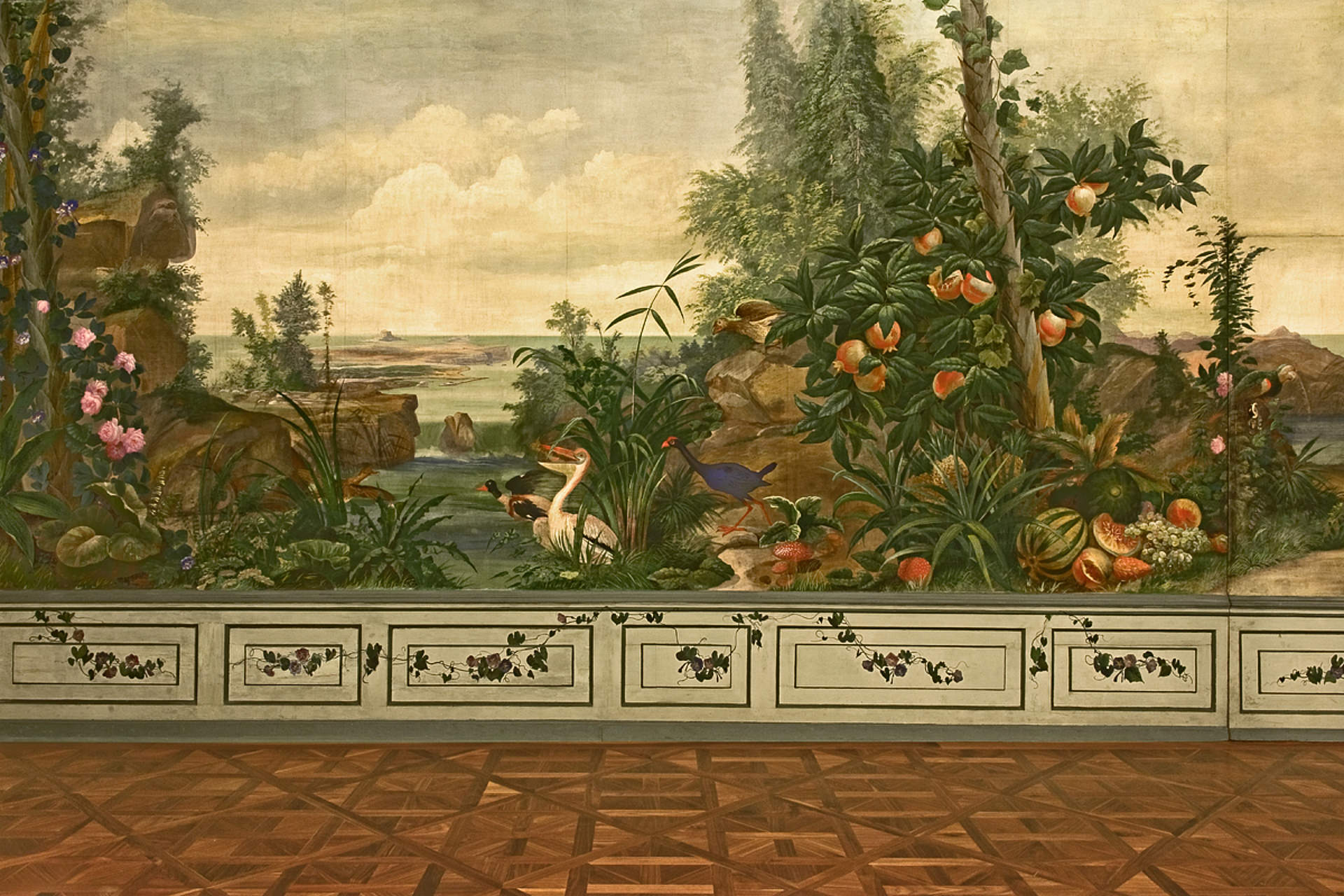 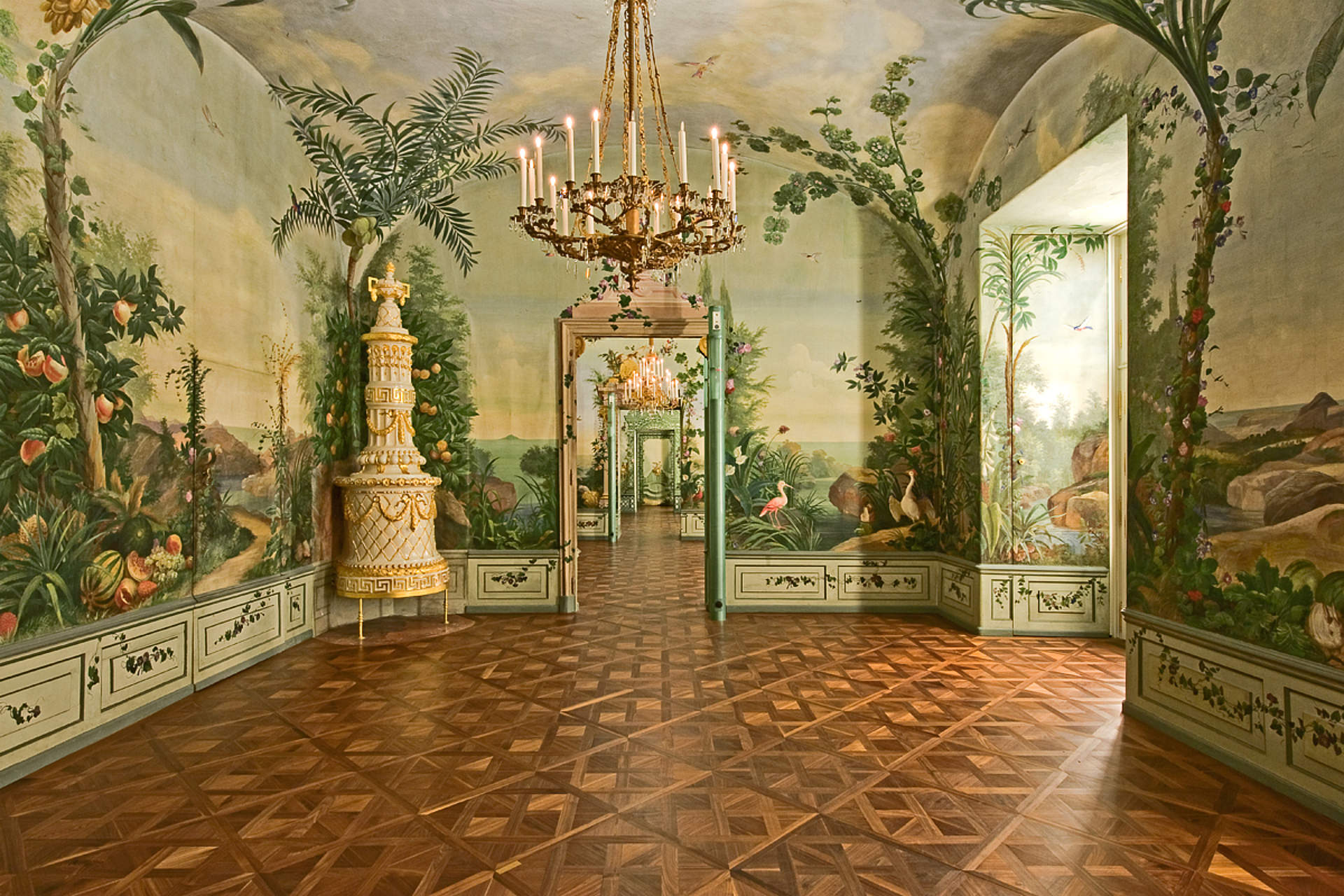 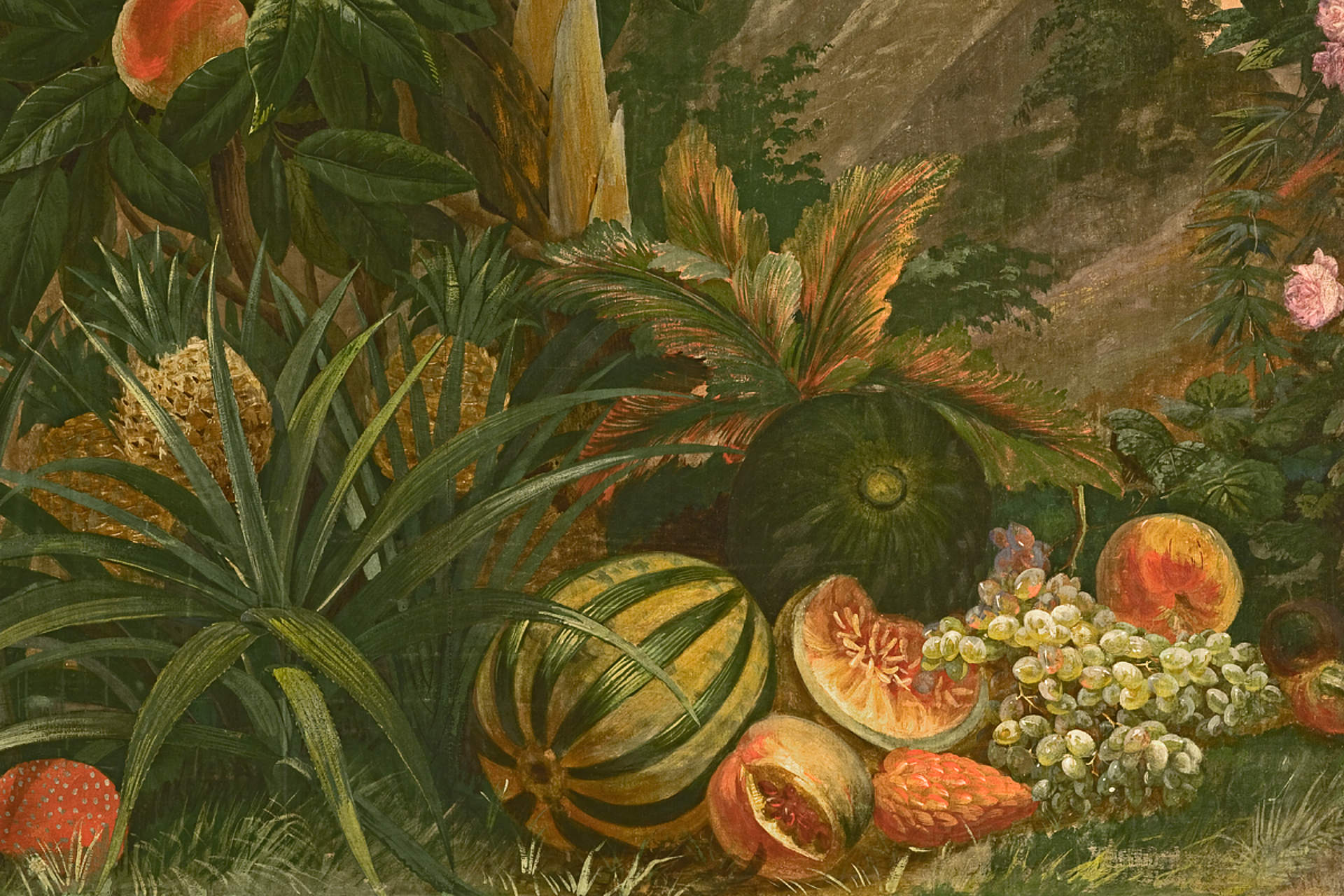 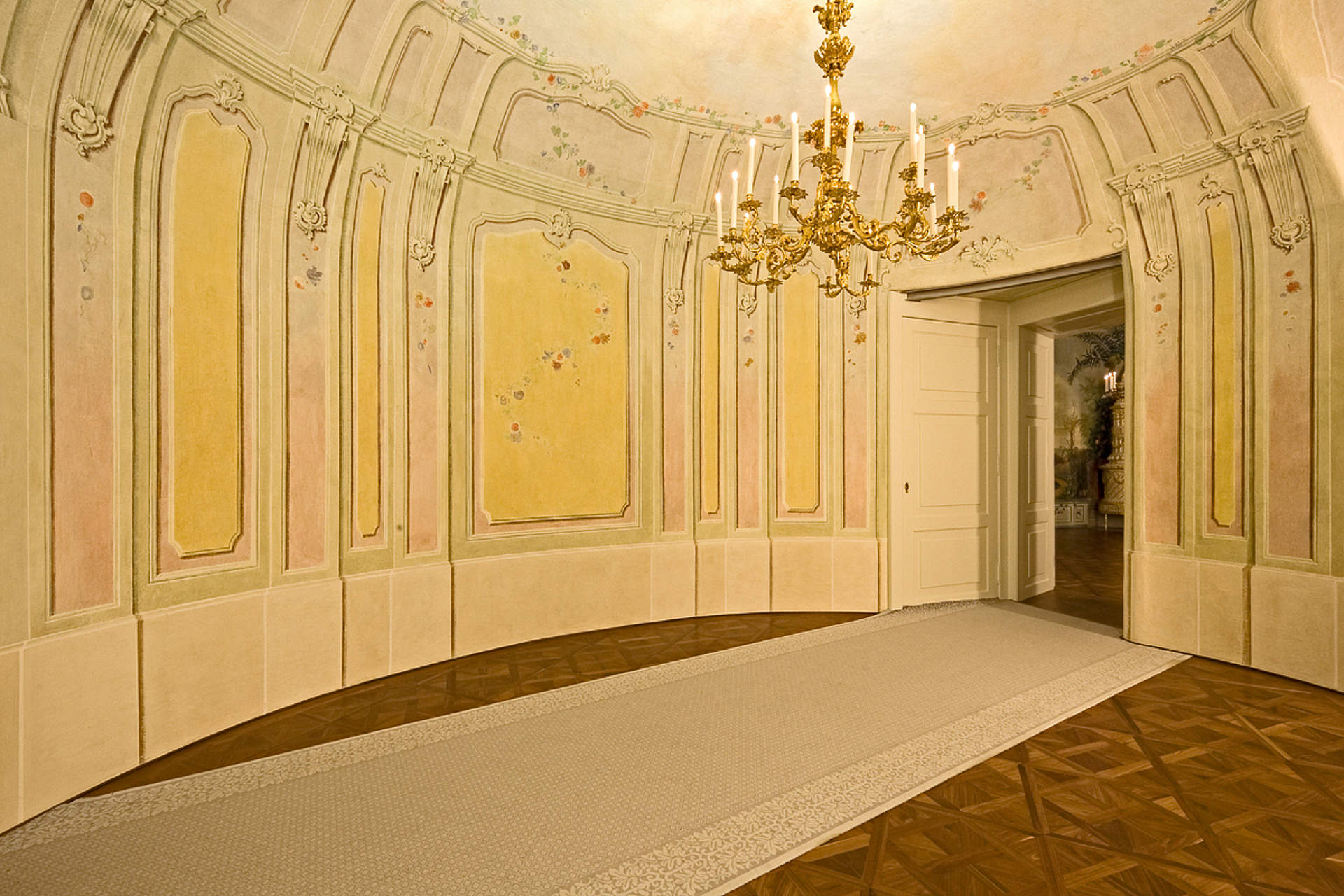 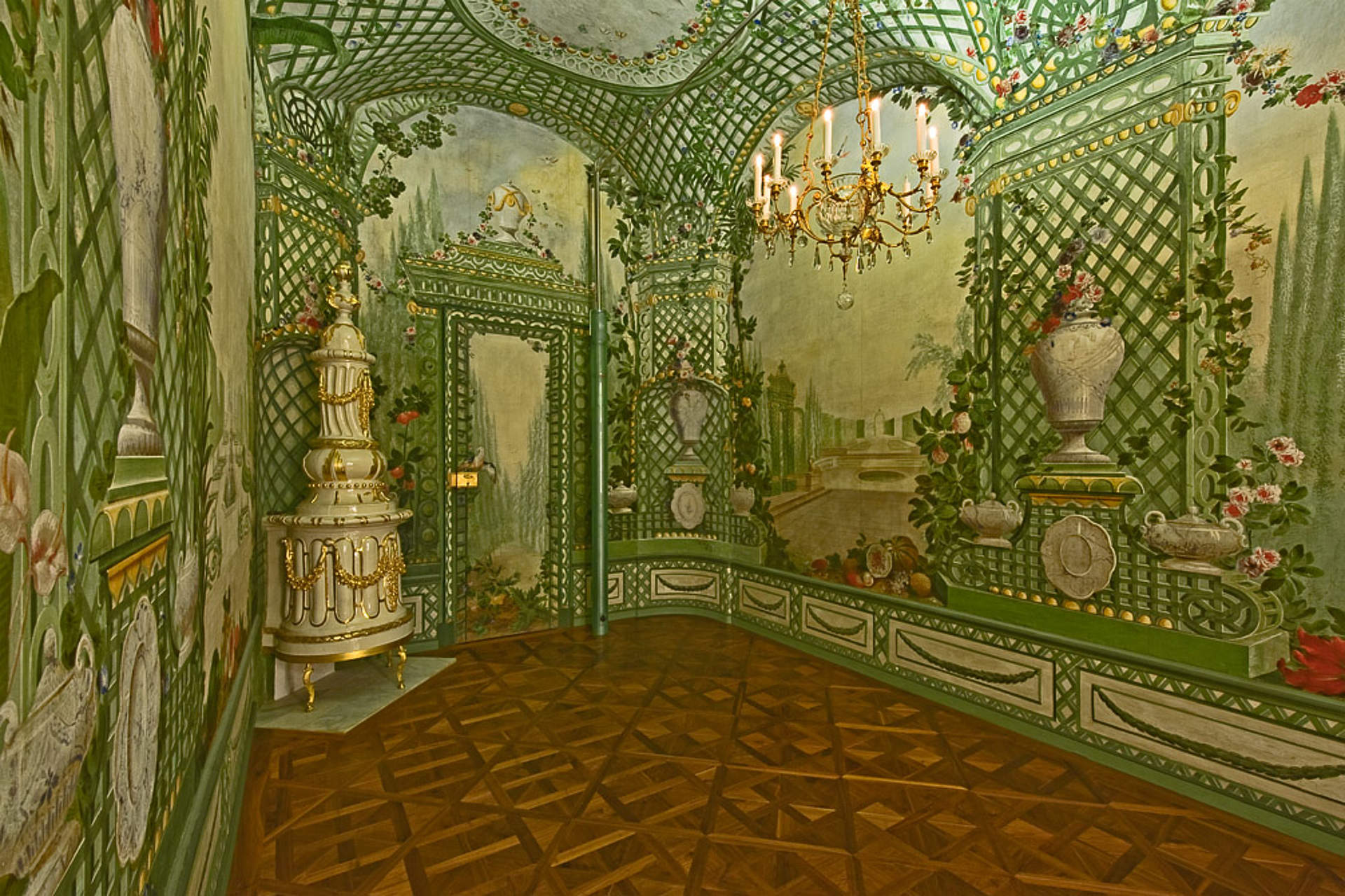 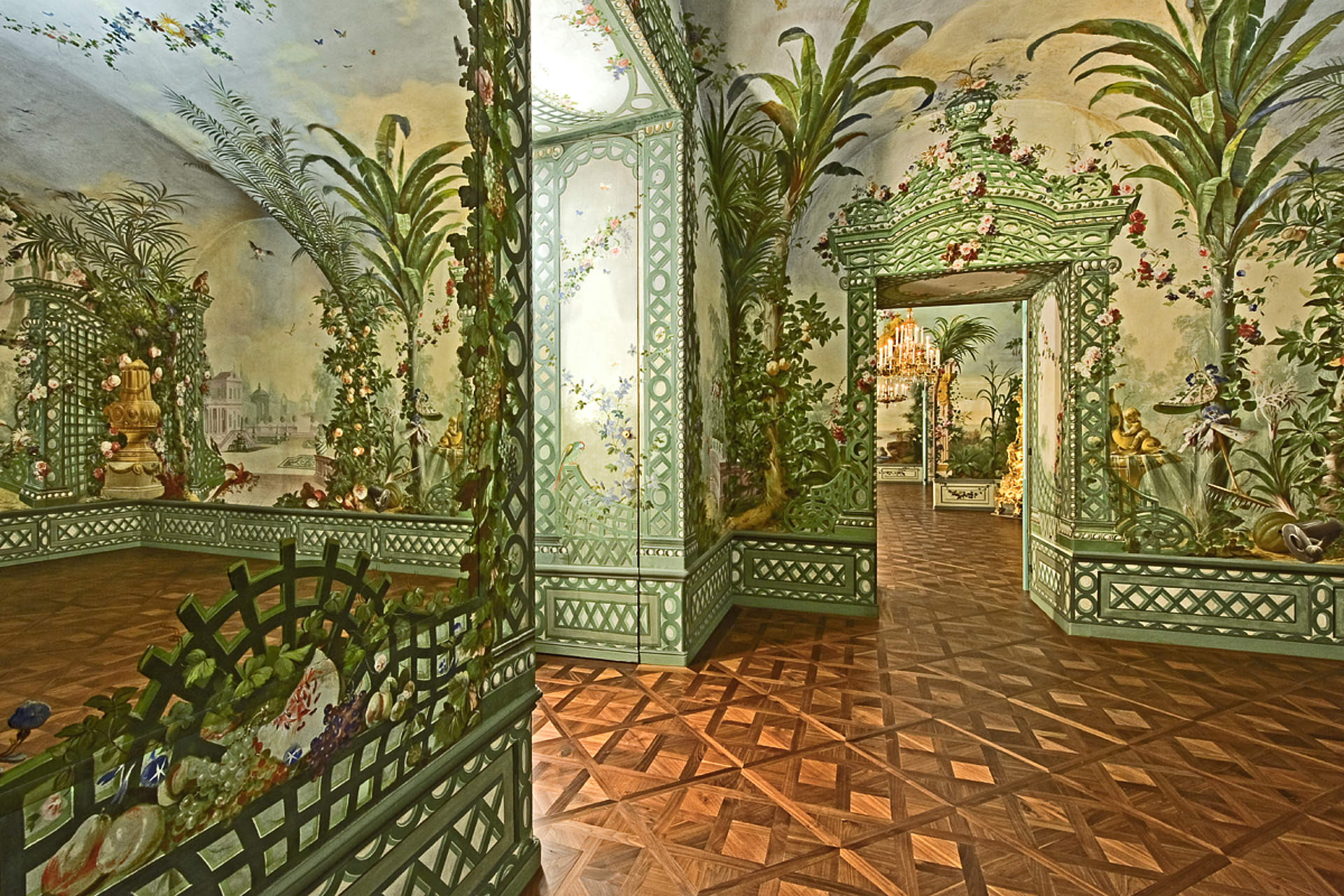 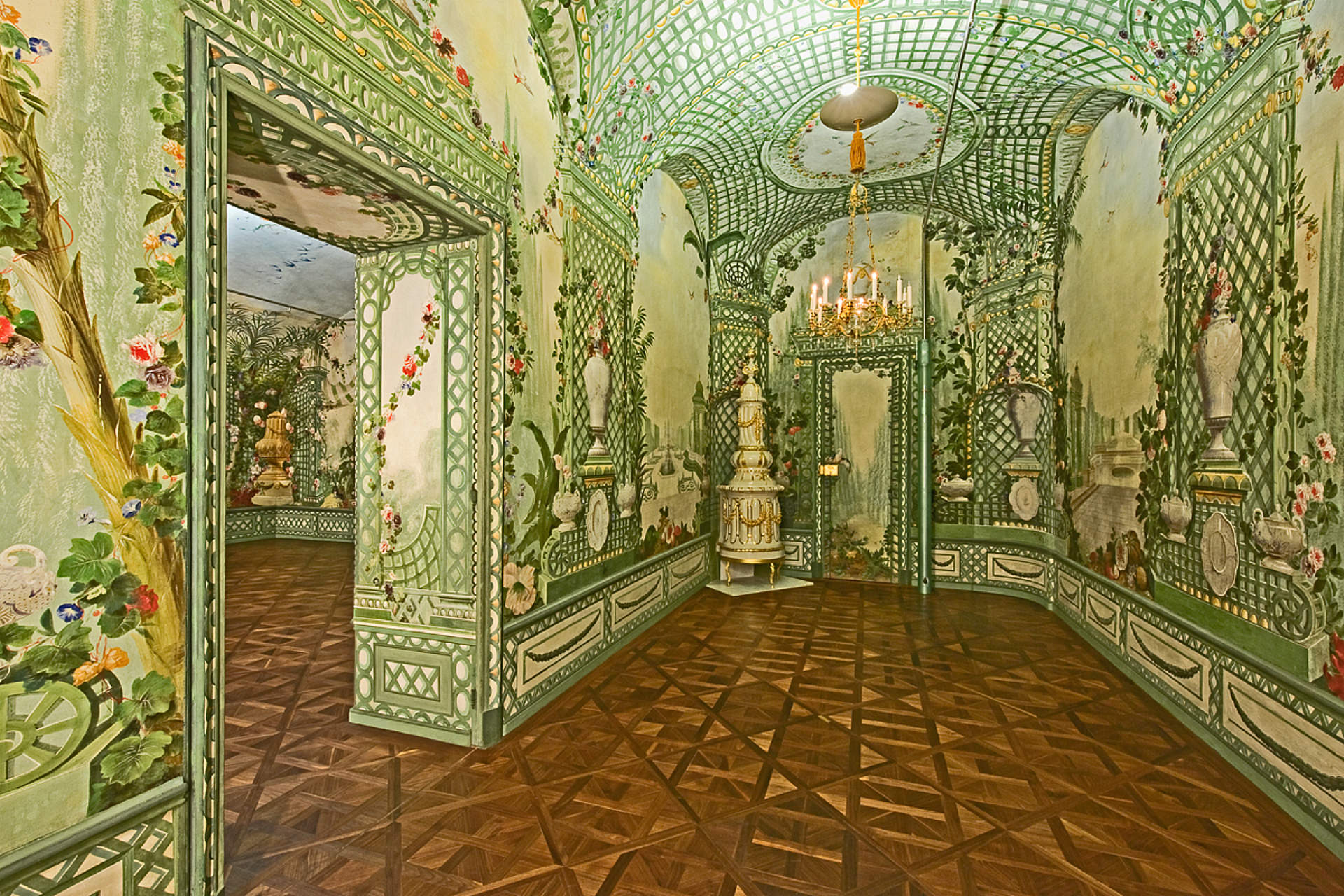 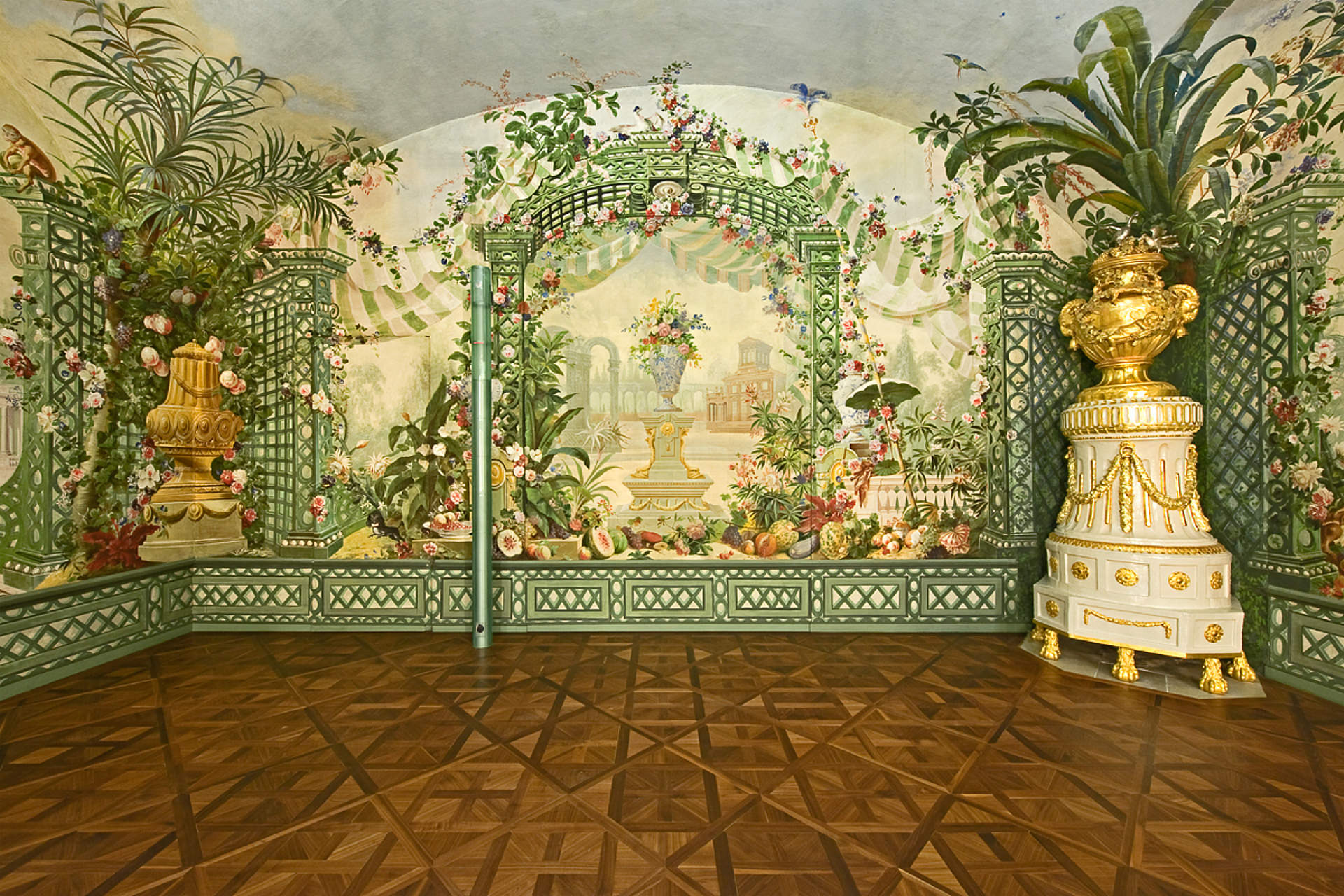 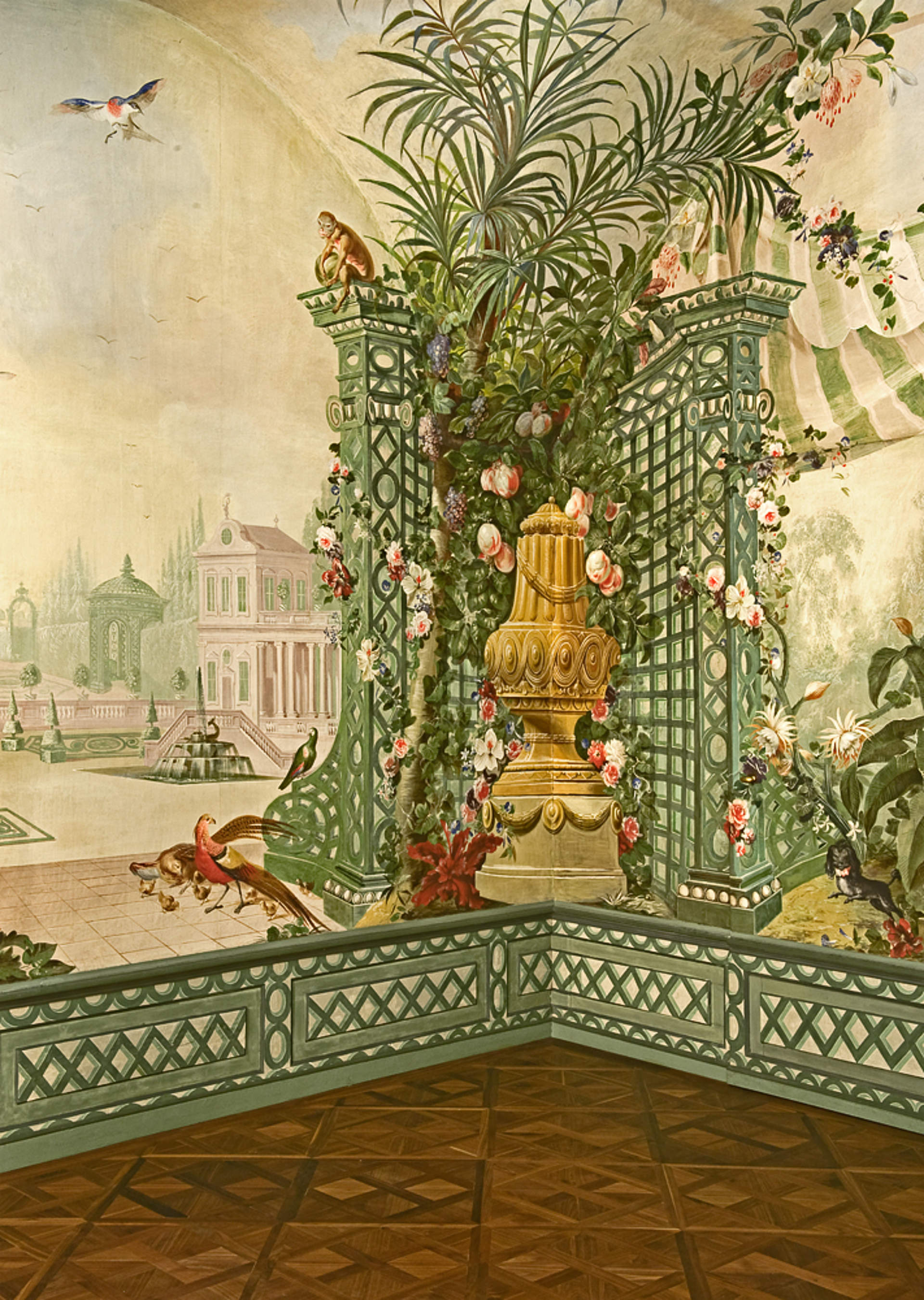 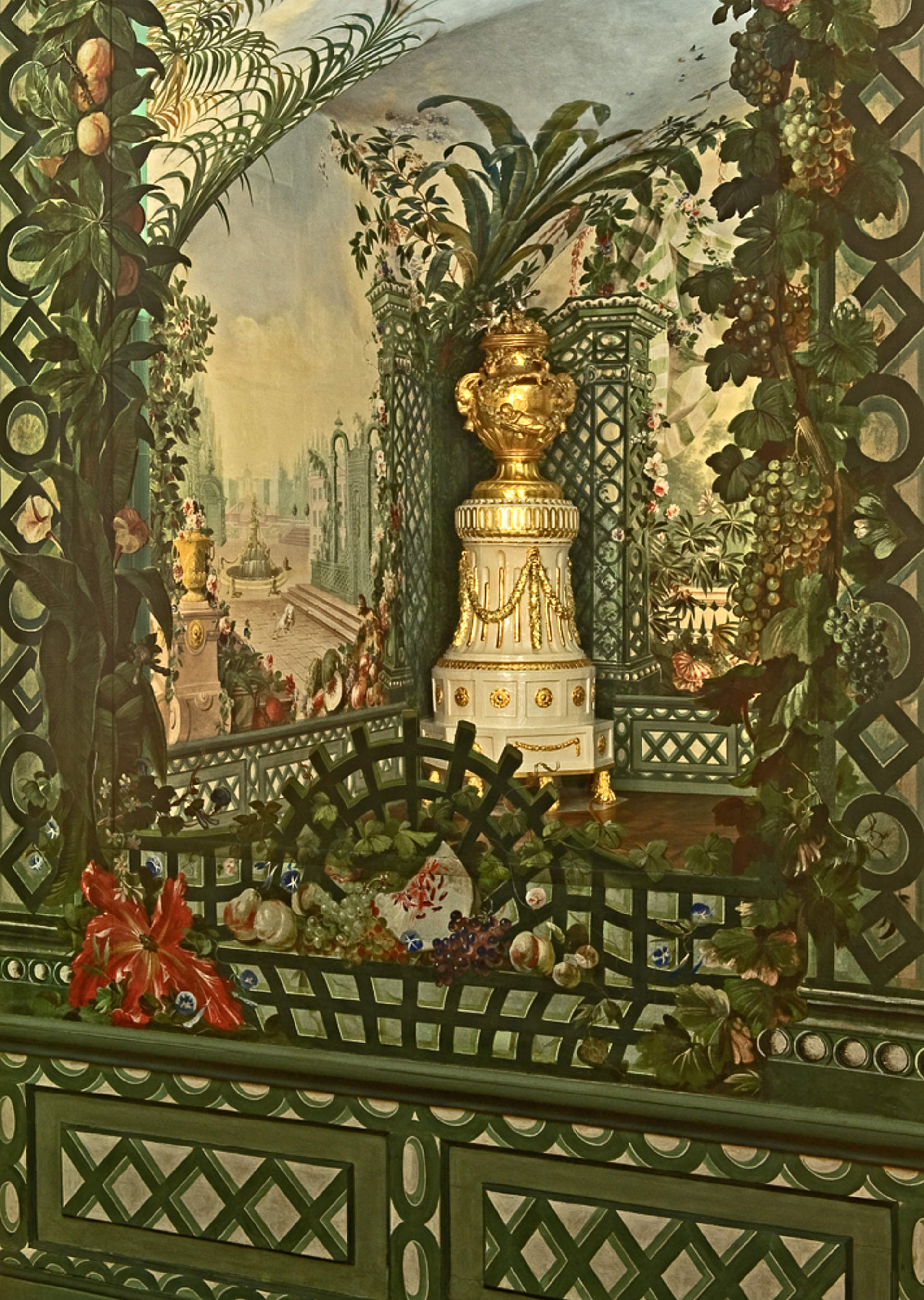 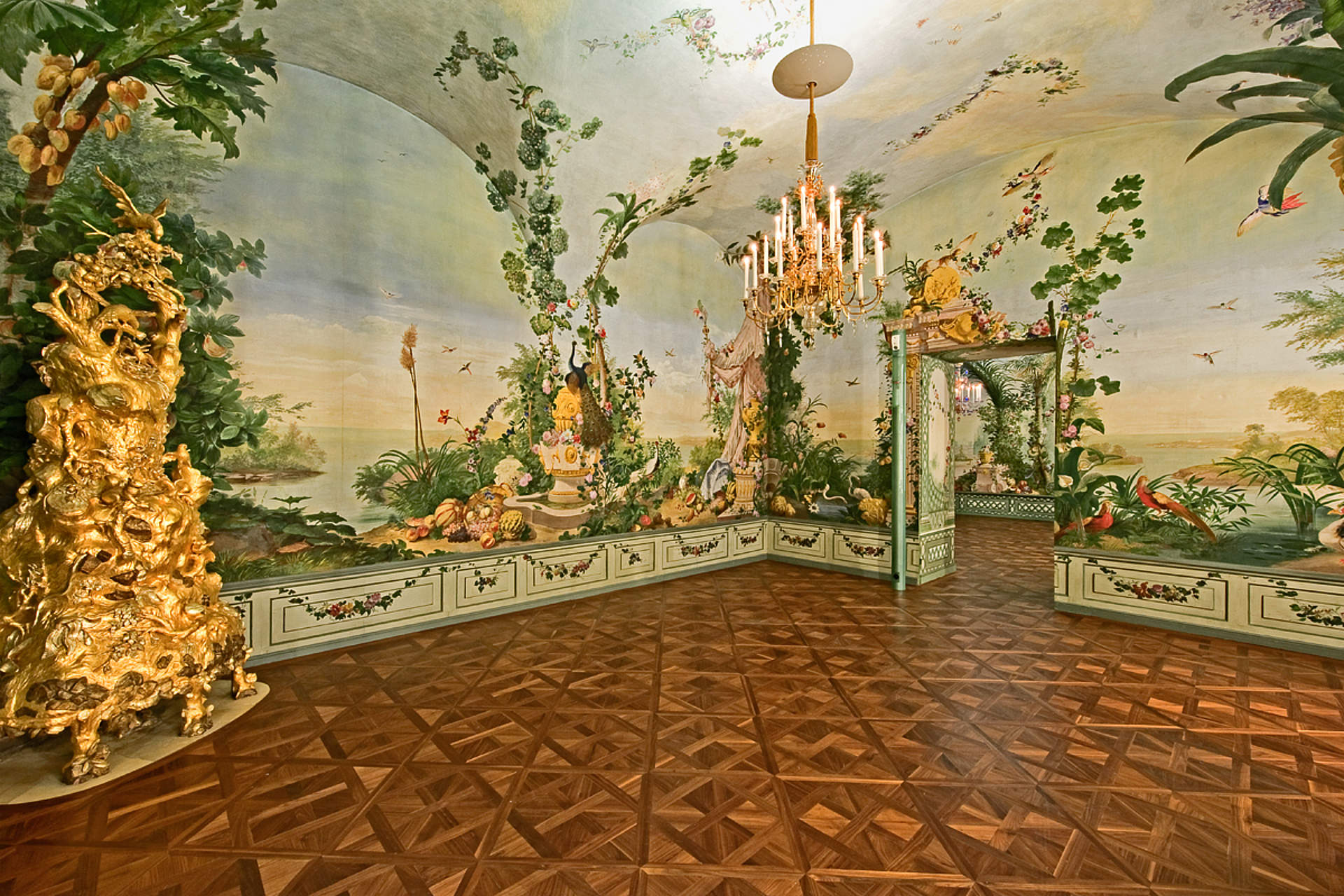 We are pleased that we can reopen all locations of the Schönbrunn Group (Schönbrunn Palace, Sisi Museum, Vienna Furniture Museum and Schloss Hof Estate) for guests from May 6, 2021! Please note the current opening times and safety precautions.

Due to the requirements of the Austrian federal government guided tours and workshops cannot be offered until further notice.