These rooms with their unforgettable flair provide the perfect setting for special events. You can hire these four rooms singly or together – whether it's for a dinner, concert, cocktail reception or a presentation, an invitation to an event at Schönbrunn Palace is always gladly accepted.

The large French windows disclose a view of the Baroque palace park crowned by the Gloriette which is floodlit after dark.

History of the White-and-Gold Room

The suite of rooms on the south side of the palace known as the White-and-Gold Rooms was decorated in the 1760/70s, and with its opulently gilded rocaille décor on lustrous white wall panelling is an outstanding example of Rococo craftsmanship from the era of Maria Theresa.

In the second half of the nineteenth century this group of rooms on the ground floor was used as residential apartments for members of the imperial family. Its most prominent occupant was Crown Prince Rudolf, for whom these interiors served as state rooms when he stayed at Schönbrunn.

When this suite was restored at the beginning of the 2000s, fragments of the original wooden flooring displaying an elaborate geometric pattern were discovered. The floor was subsequently reconstructed on the basis of this historical model.

Today you can hire the White-and-Gold Rooms for your special event. As the perfect festive setting for exclusive day and evening events, the rooms are screened off from visitors to the state rooms and park. In front of the rooms with their spectacular view of the Great Parterre, along the garden façade, lies an area which you are welcome to make use of as part of your event.

For more information on hiring the White-and-Gold Rooms for your personal event click here: MEETINGS & EVENTS IN THE WHITE-AND-GOLD ROOMS. 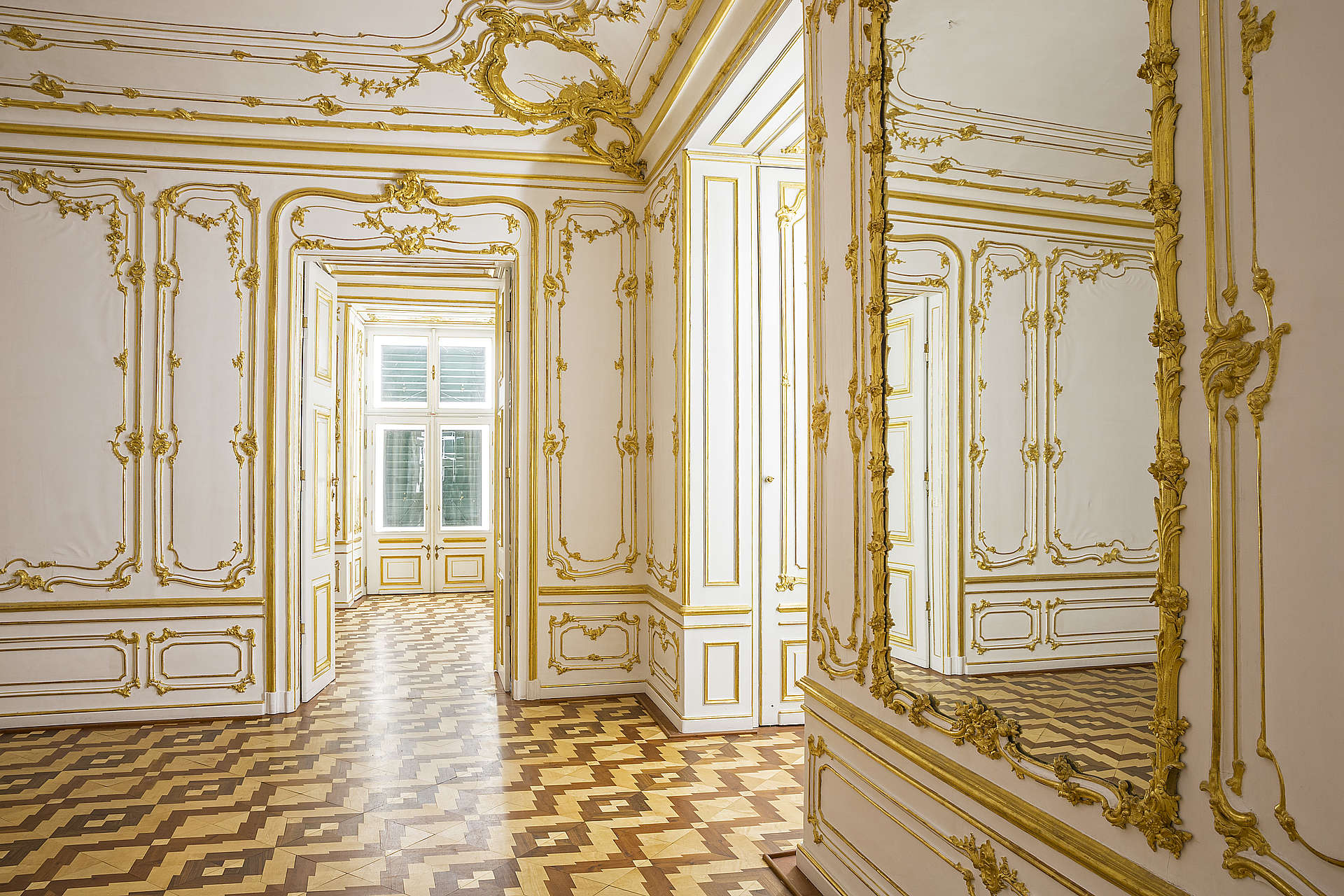 White-and-Gold room on the ground floor of Schönbrunn Palace, view of the enfilade 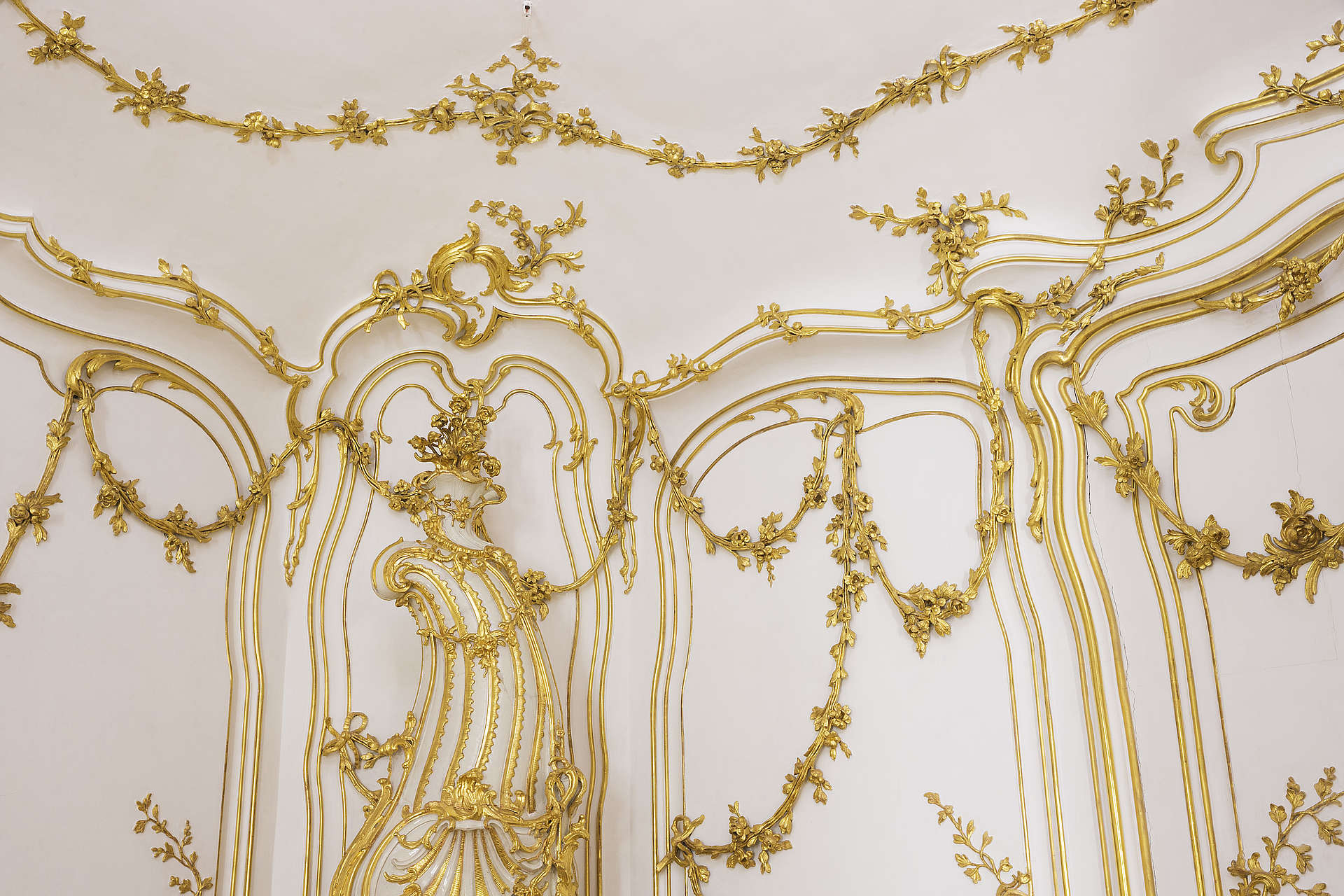 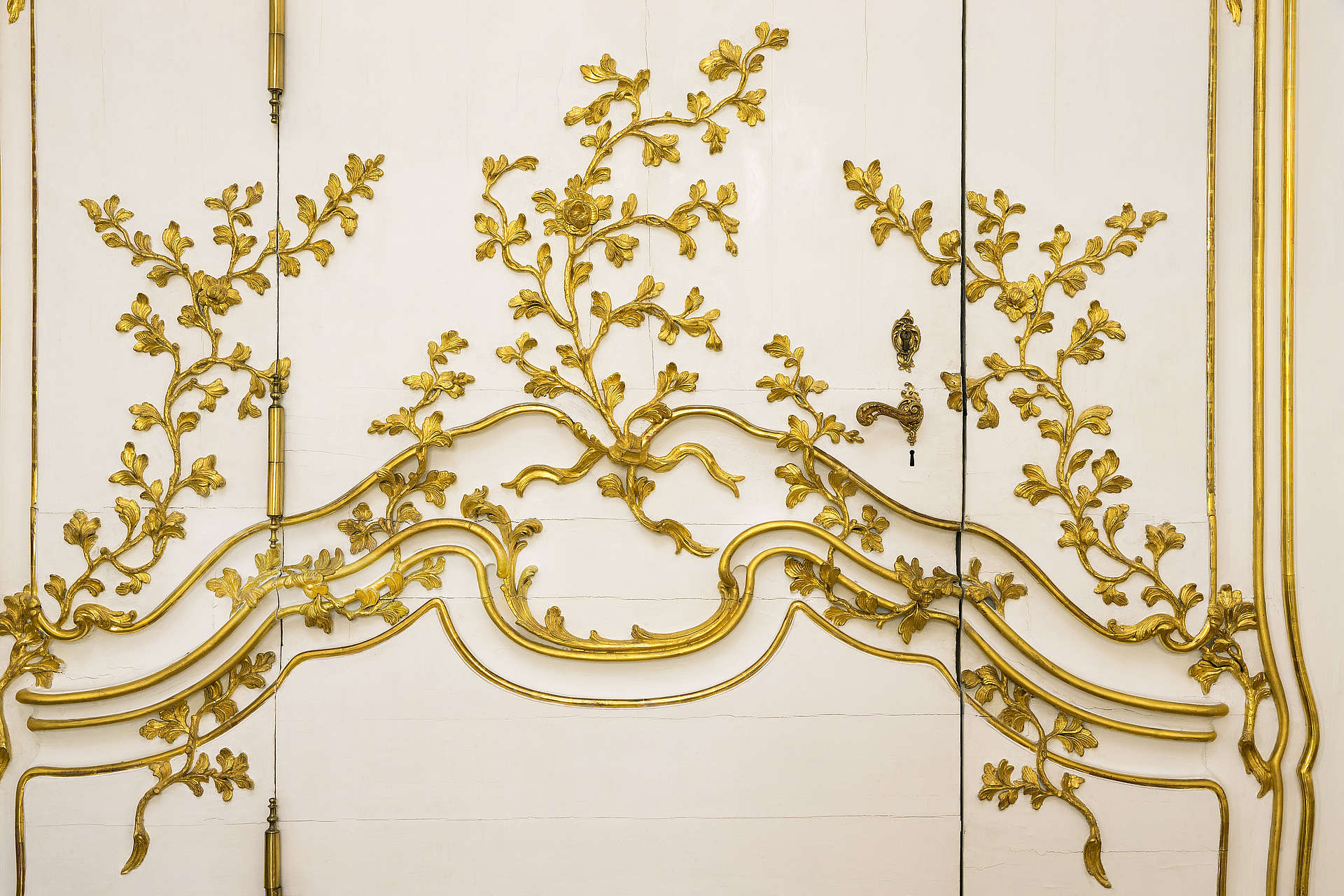 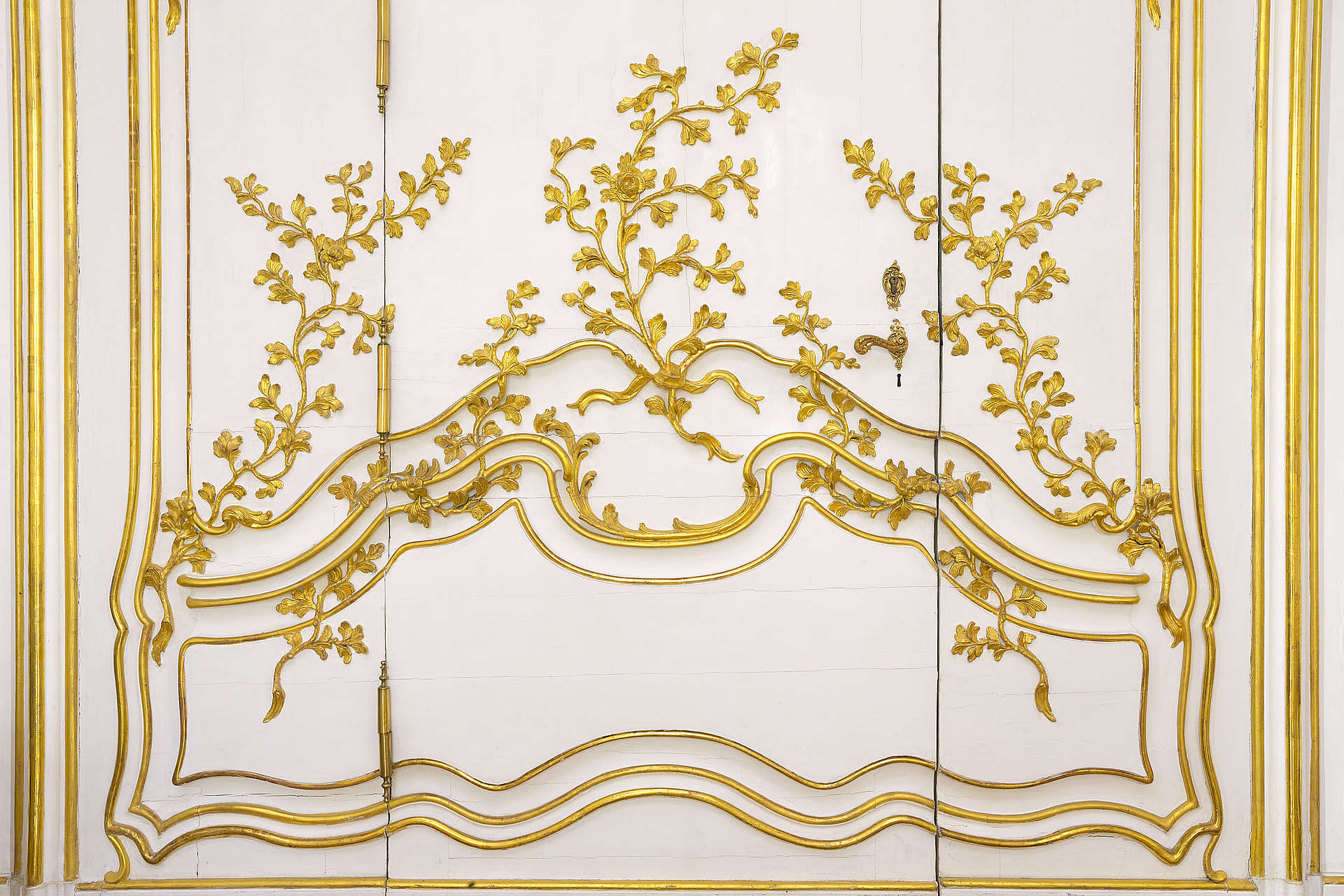