The history of Schönbrunn and the buildings that previously stood on this site dates back to the fourteenth century. In 1569 the Katterburg estate came into Habsburg possession through Maximilian II. According to legend, Emperor Matthias discovered a spring that gave the estate the name it still bears today.

The history of Schönbrunn and the buildings that previously stood on this site dates back to the Middle Ages. From the beginning of the fourteenth century, the estate as a whole bore the name of Katterburg and belonged to the manor of the abbey at Klosterneuburg. The estate boasted a corn-mill together with an arable farm and vineyards. Over the following centuries numerous lessees are documented, including a reference in 1548 to one Hermann Bayer, mayor of Vienna, who extended the property, transforming it into a substantial country estate.

In 1569 the estate came into Habsburg possession through Maximilian II, and according to the title deeds included a house, a watermill and stabling as well as a pleasure garden and an orchard. Maximilian was primarily interested in extending the game park, which was principally intended for the breeding of native game and fowl. However, the pheasantry also contained exotic fowl such as peacocks and turkeys.

Following the sudden death of Maximilian II in 1576 the Katterburg passed to Rudolph II, who did little except sanction the necessary funds for its upkeep. Emperor Matthias used the estate for hunting, and according to a legend is supposed to have come across the Schöner Brunnen (meaning ‘fair spring’), which eventually gave the estate its name, while out hunting in 1612.

His successor, Emperor Ferdinand II, and his wife, Eleonora von Gonzaga, both passionately keen on hunting, chose Schönbrunn as the venue for their hunting parties. After Ferdinand’s death in 1637 the estate became the dower residence of his art-loving widow, who needed the appropriate architectural setting for her busy social life. She therefore had a château de plaisance built around 1642, which was accompanied by the renaming of the Katterburg as Schönbrunn, a change of name first documented in the same year.

In 1683 the château de plaisance and its deer park fell victim to the depredations of Turkish troops during the siege of Vienna. From 1686 the estate was in the possession of Emperor Leopold I, who decided that he would make the estate over to his son and heir, Joseph, and have a splendid new residence built for him. Soon afterwards the Rome-trained architect Johann Bernhard Fischer von Erlach arrived at court on the recommendation of aristocratic patrons. In 1688 he presented the emperor with a preliminary set of designs for a new palace, the so-called Schönbrunn I Project, with which he sought to display his architectural abilities and gain the emperor’s interest. Fischer was promptly engaged as tutor for architecture to the heir to the throne in 1689 and subsequently enjoyed a brilliantly successful career as architect to the court and nobility. 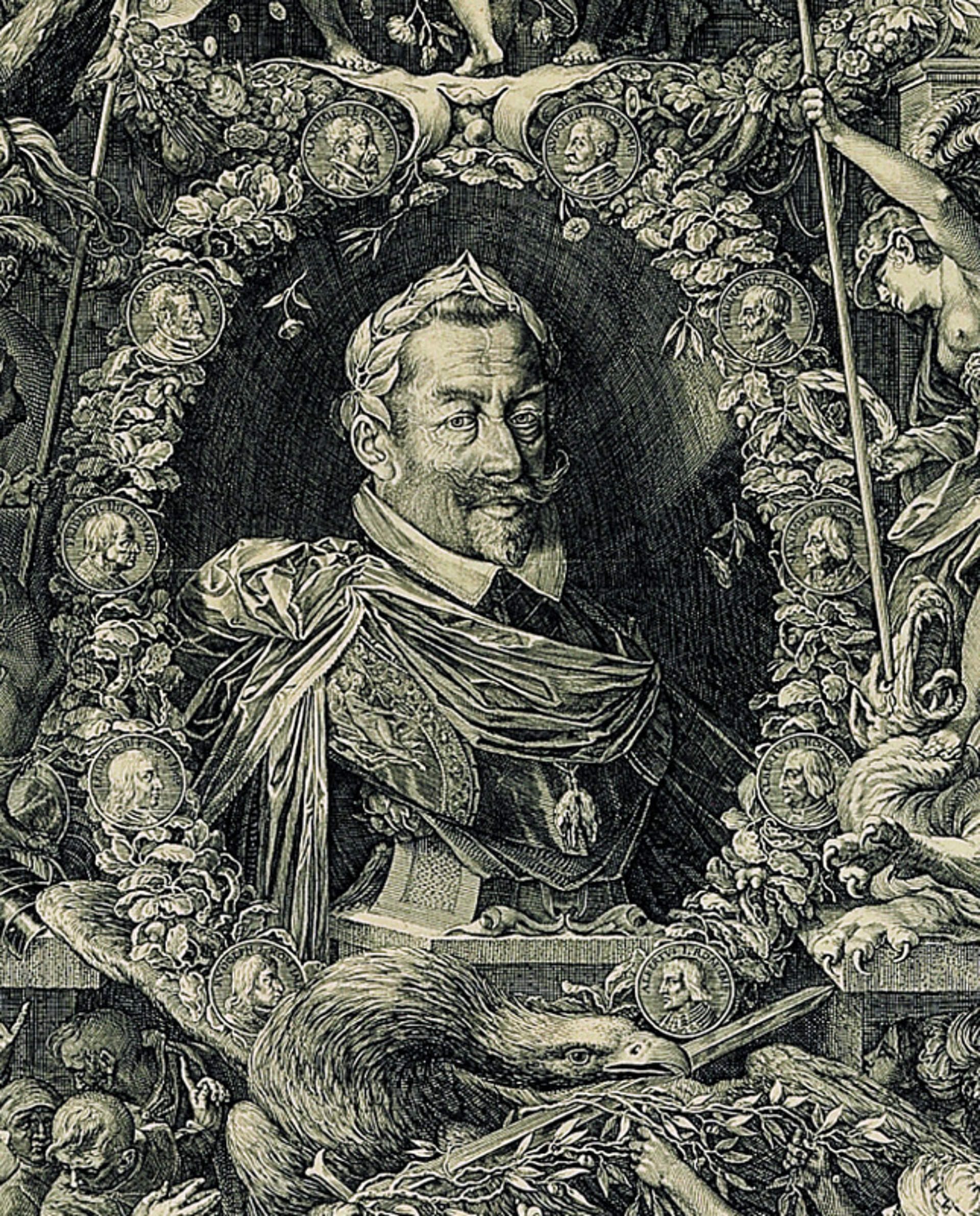 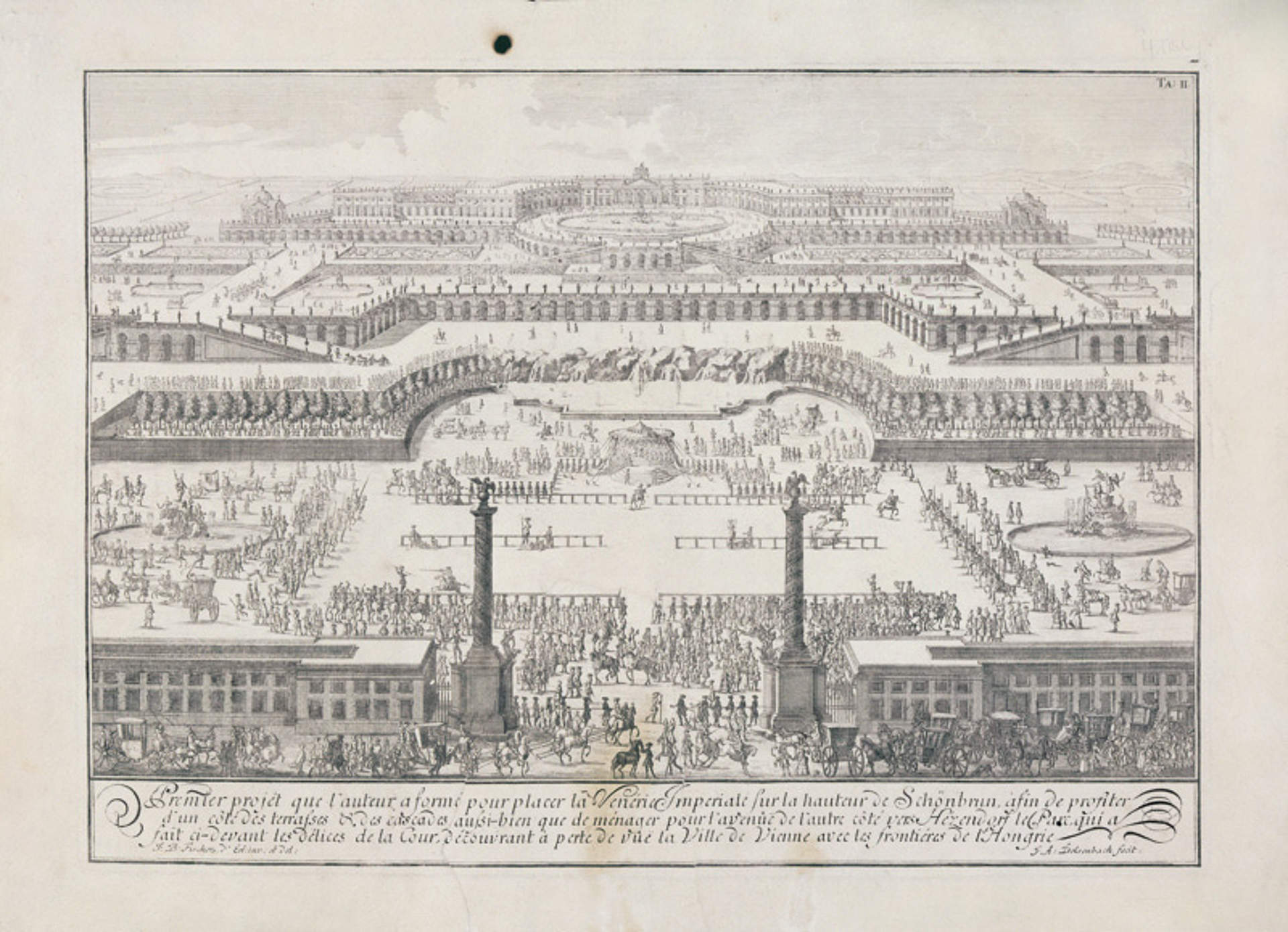