While Maria Theresa was responsible for the rebuilding and appointment of the palace, her consort, Emperor Franz I Stephan of Lorraine, together with the circle of Lotharingian artists he had gathered around him, applied himself to the designing of the gardens.

The park was extended and articulated by a new, stelliform system of avenues with intersecting walks and vistas, as well as two main diagonal avenues which meet at the dominant central axis of the palace. Schönbrunn’s Baroque gardens were intended to be an impressive symbol of imperial power, and were seen as an external continuation of the magnificent interiors of the palace.

The largest area in front of the south-facing façade of the palace, documented in the painting by Bernardo Bellotto executed around 1760, was occupied by the Great Parterre with its strictly symmetrical beds. These were constructed of boxwood hedges on coloured gravel arranged in intricate patterns taken mainly from embroidery motifs, a style known as parterre de broderie. Flanking each side of the parterre were ornamental boskets, consisting of formal clipped walls of trees and topiarized hedges interspersed with small enclosures.
In 1753 Emperor Franz Stephan, who had a deep interest in natural history, had the Dutch Botanical Garden laid out in the western part of the park, towards the village of Hietzing. One year previously he had established the Schönbrunn Menagerie.

While the palace and gardens were virtually completed by 1760, Schönbrunn Hill, the slope rising behind the Great Parterre, was still merely an unadorned aisle cutting through the surrounding woods. Elaborate plans for this area were drawn up by the court architect Johann Ferdinand Hetzendorf von Hohenberg, but Maria Theresa, who had been widowed in 1765, regretfully decided in favour of a simplified solution, with the Neptune Fountain at the foot of the slope and the Gloriette crowning the top of the hill. The hill itself was to be accessed by simple paths zig-zagging up the slope, instead of the elaborate terracing foreseen in the original plan.

At the same time the Great Parterre was also redesigned, with statues of mythological figures executed in 1777 by Johann Wilhelm Beyer and his workshop being set up along the tall flanking hedges. It was also during this phase that numerous architectural features were erected, such as the Roman Ruin, the Obelisk Fountain, the Fair Spring and the Small Gloriette, projects that were completed in 1780, the last year of Maria Theresa’s life. One year previously the park – with the exception of the Privy Gardens – had been opened to the public. 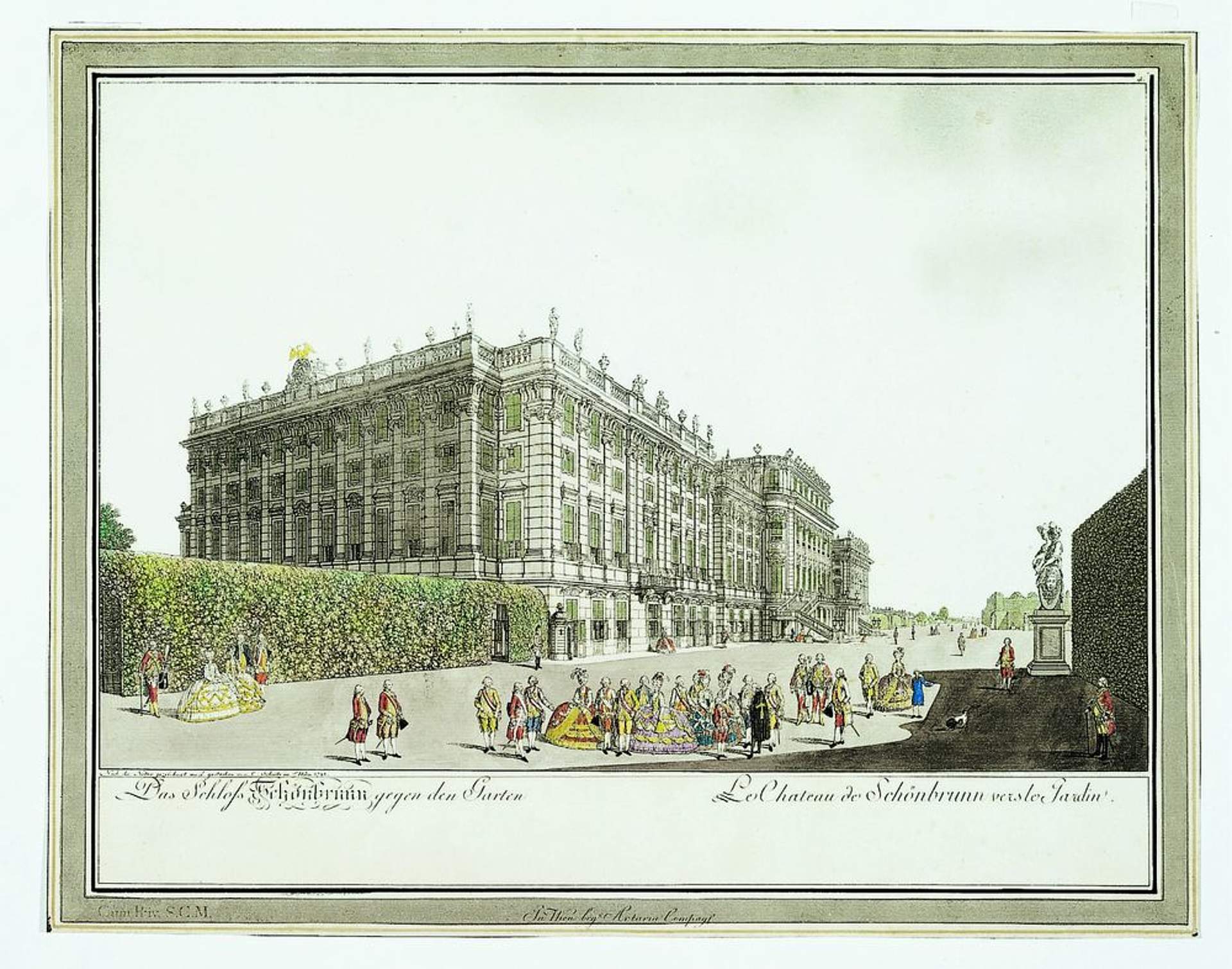 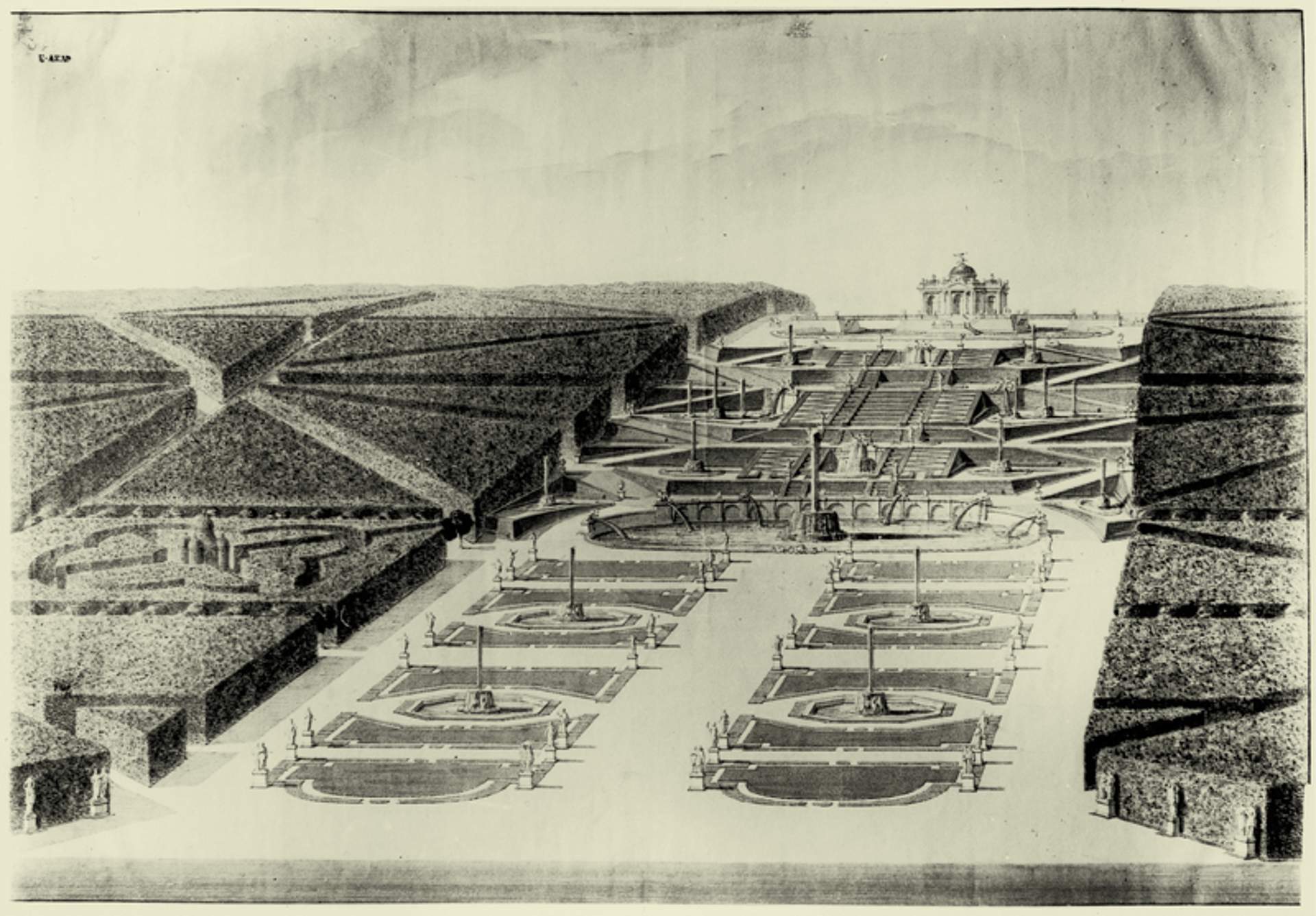 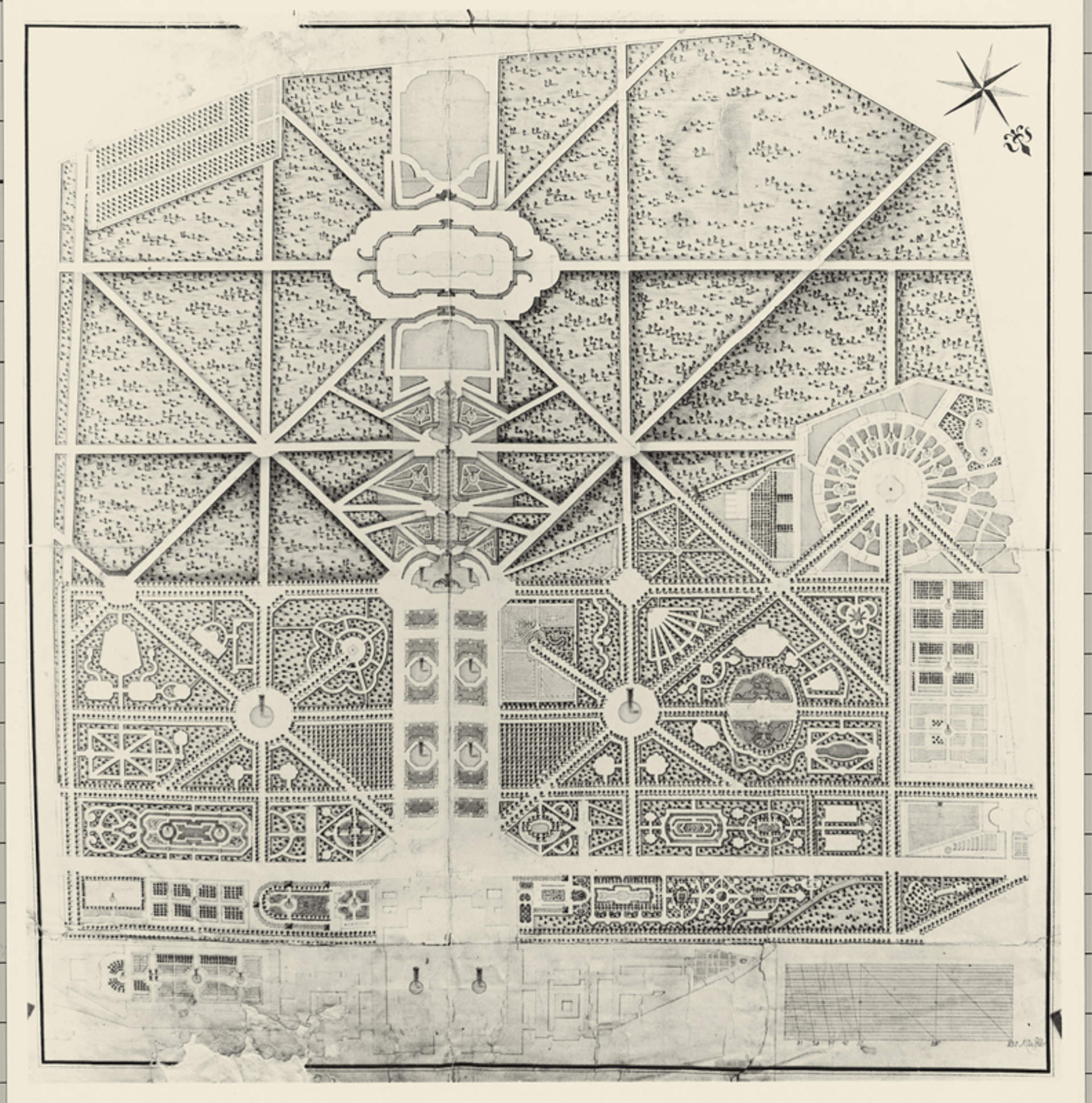