At the court of Maria Theresa the Hall of Ceremonies served as the Second or Great Antechamber. Here, enthroned under the canopy of state, the monarch received her guests in audience. Today this place is occupied by probably the most famous portrait of Maria Theresa, showing her as the ‘First Lady of Europe’ in a sumptuous gown of Brabant lace.

The Hall of Ceremonies is notable for its monumental paintings depicting an event that was of considerable political, social and dynastic importance: the marriage of Crown Prince Joseph in 1760.

The Hall of Ceremonies

The series of paintings that decorate this room is striking for the accuracy of detail in the depiction of individuals and their dress, right down to the table settings and the magnificent festive decorations.

The cycle of pictures shows the celebrations held for the wedding of Maria Theresa’s eldest son and heir Joseph to Princess Isabella of Parma, granddaughter of the French king Louis XV. Like most of her children’s marriages, this too was a political gambit employed by Maria Theresa to bring France onto Austria’s side.

The largest of the paintings shows Isabella’s entrée into Vienna. The young bride was accompanied by the dignitaries of the Viennese court in a procession formed of almost one hundred carriages.

The scenes on the right-hand wall depict the huge festive banquets – the court banquet in the Great Antechamber of the Hofburg and the evening dinner in the Redoute Hall.

On the other side of the room you can see the church ceremony held in the court parish church of St Augustine, and – to the right of the portrait of Maria Theresa – an operatic serenade. This painting contains a fascinating detail: among the spectators is Mozart, depicted as a small boy. However, he was not in fact present on the occasion, being only four years old in 1760, the year of the wedding, and still living as yet undiscovered in Salzburg. The execution of the paintings took several years, and in the meantime Mozart had advanced to become a musician of European reputation, which is why he was subsequently immortalized in this painting. 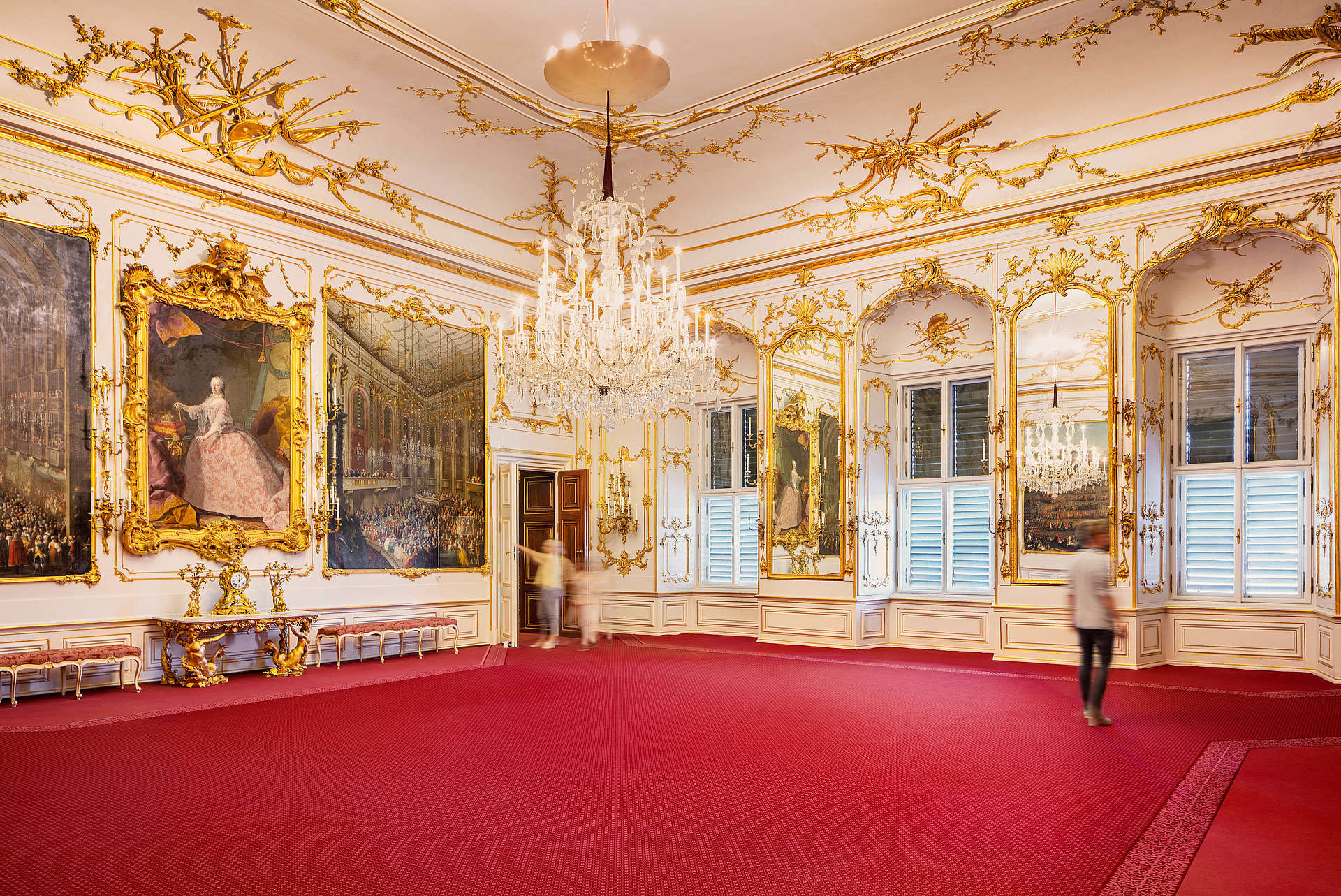 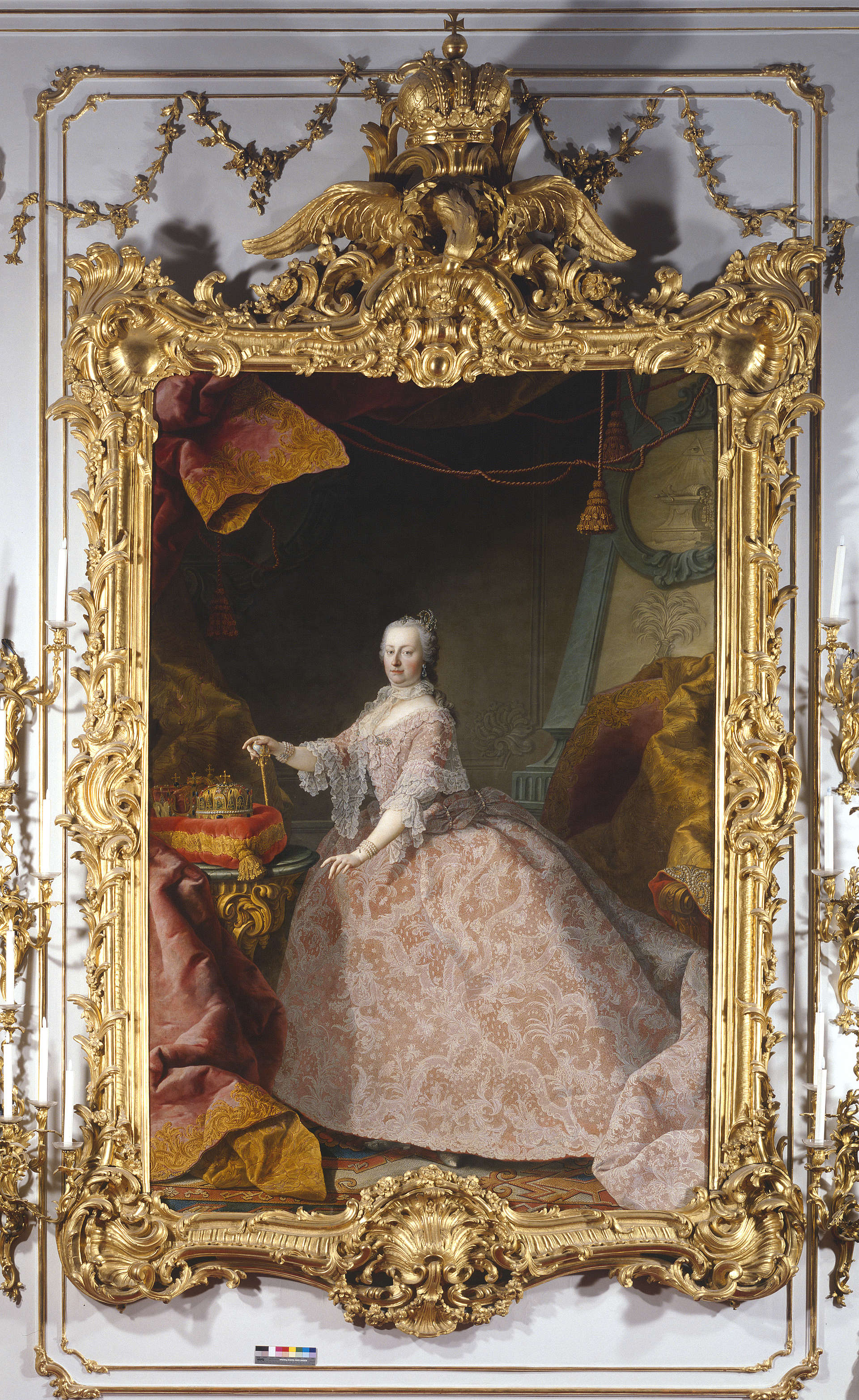 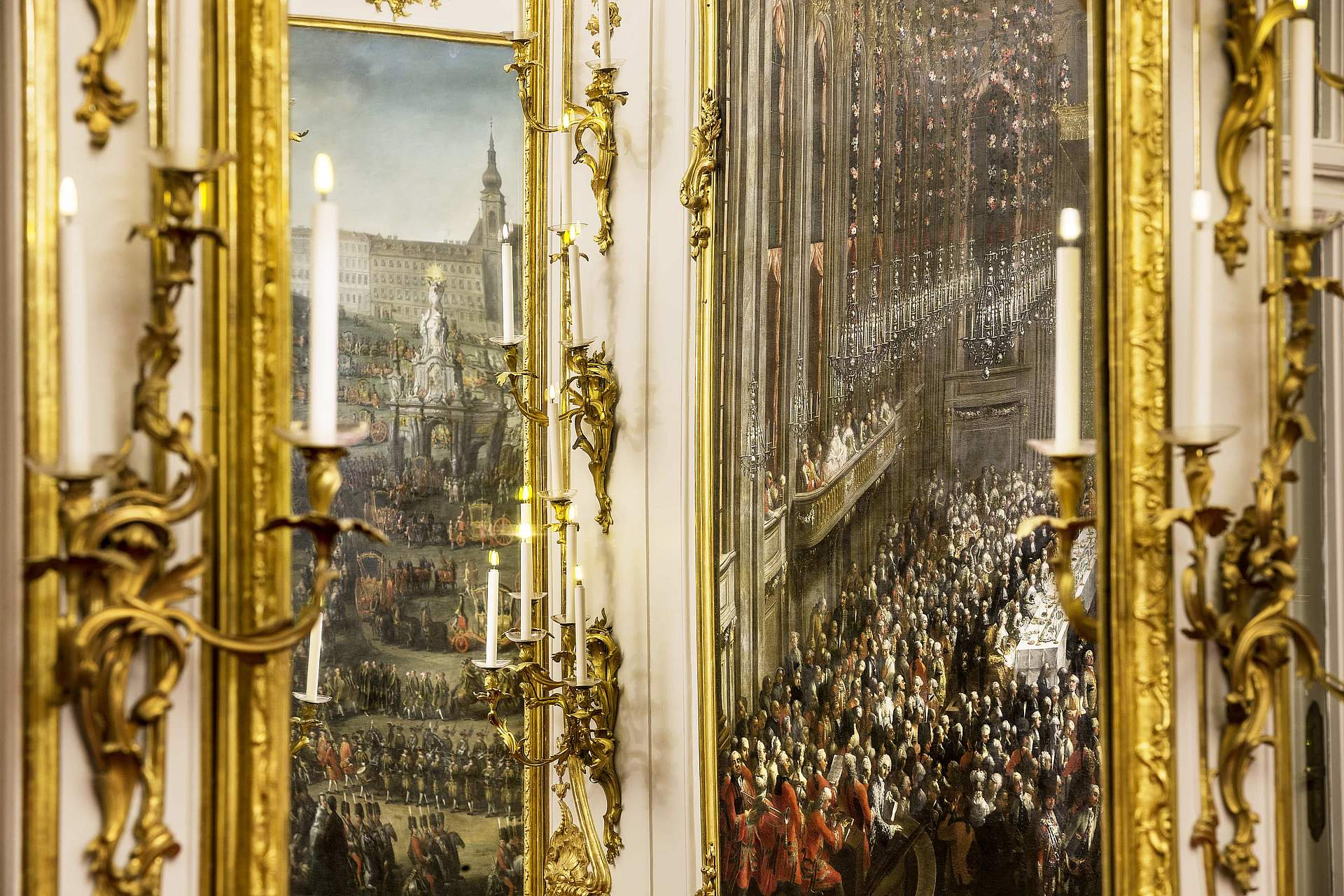 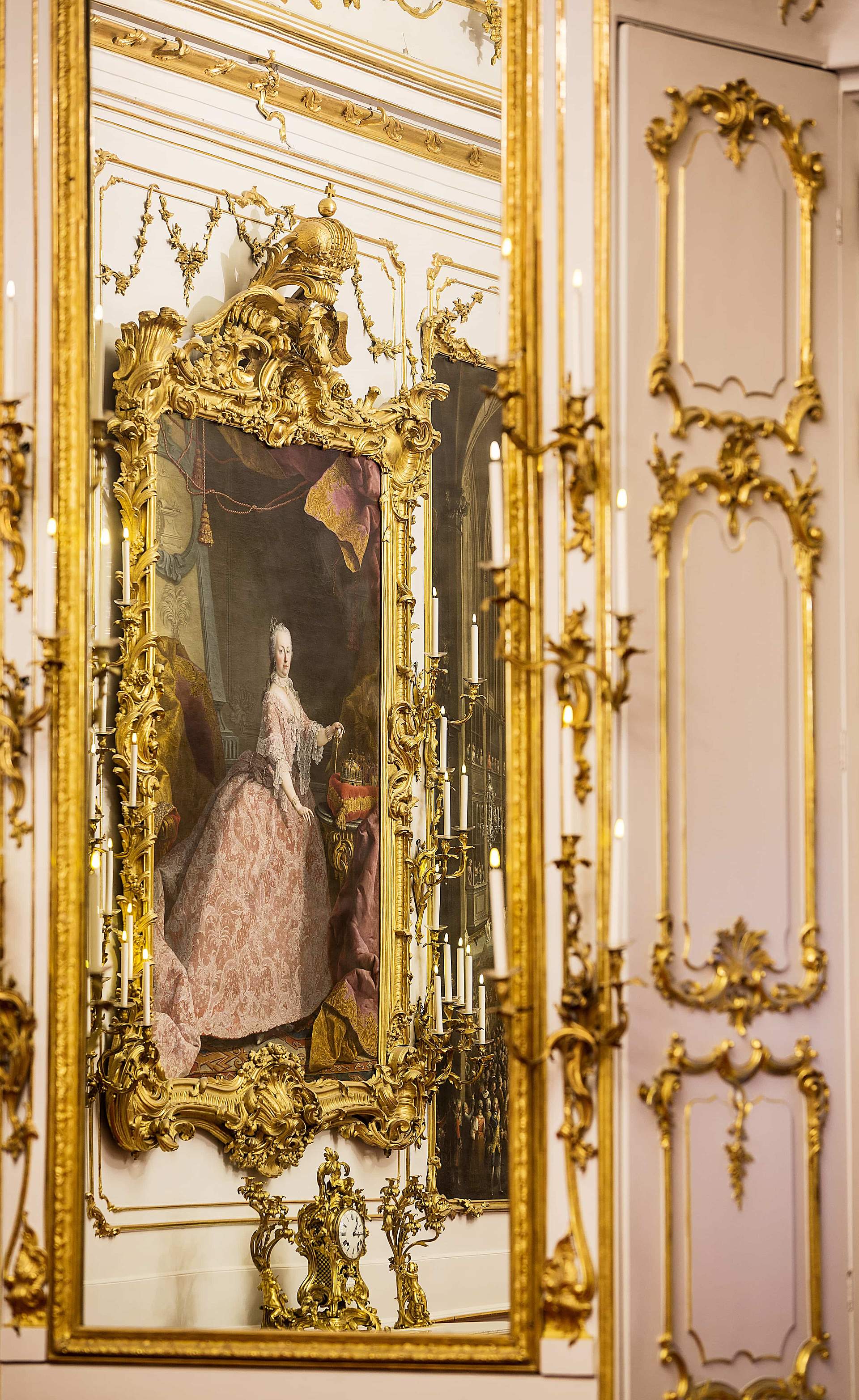 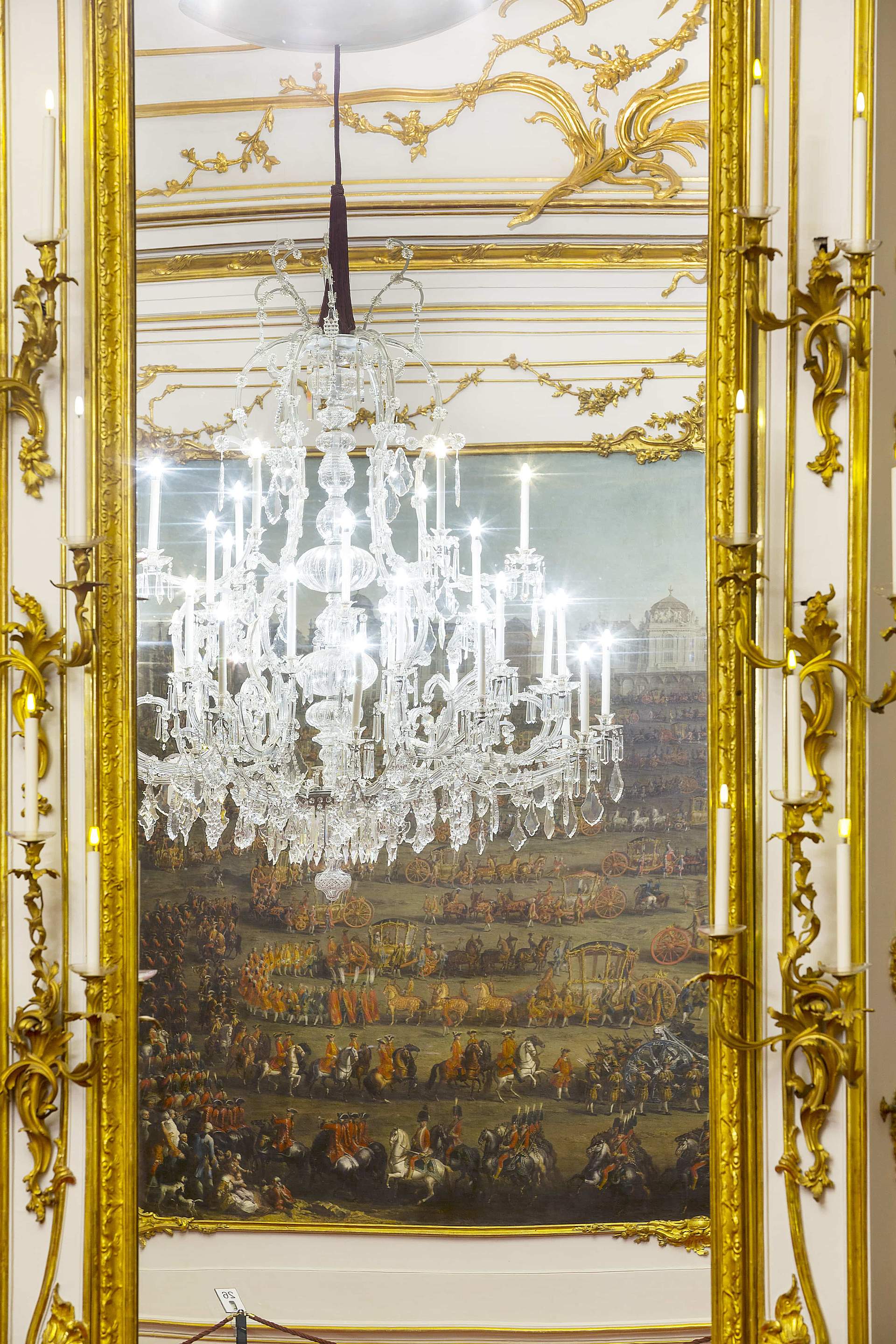 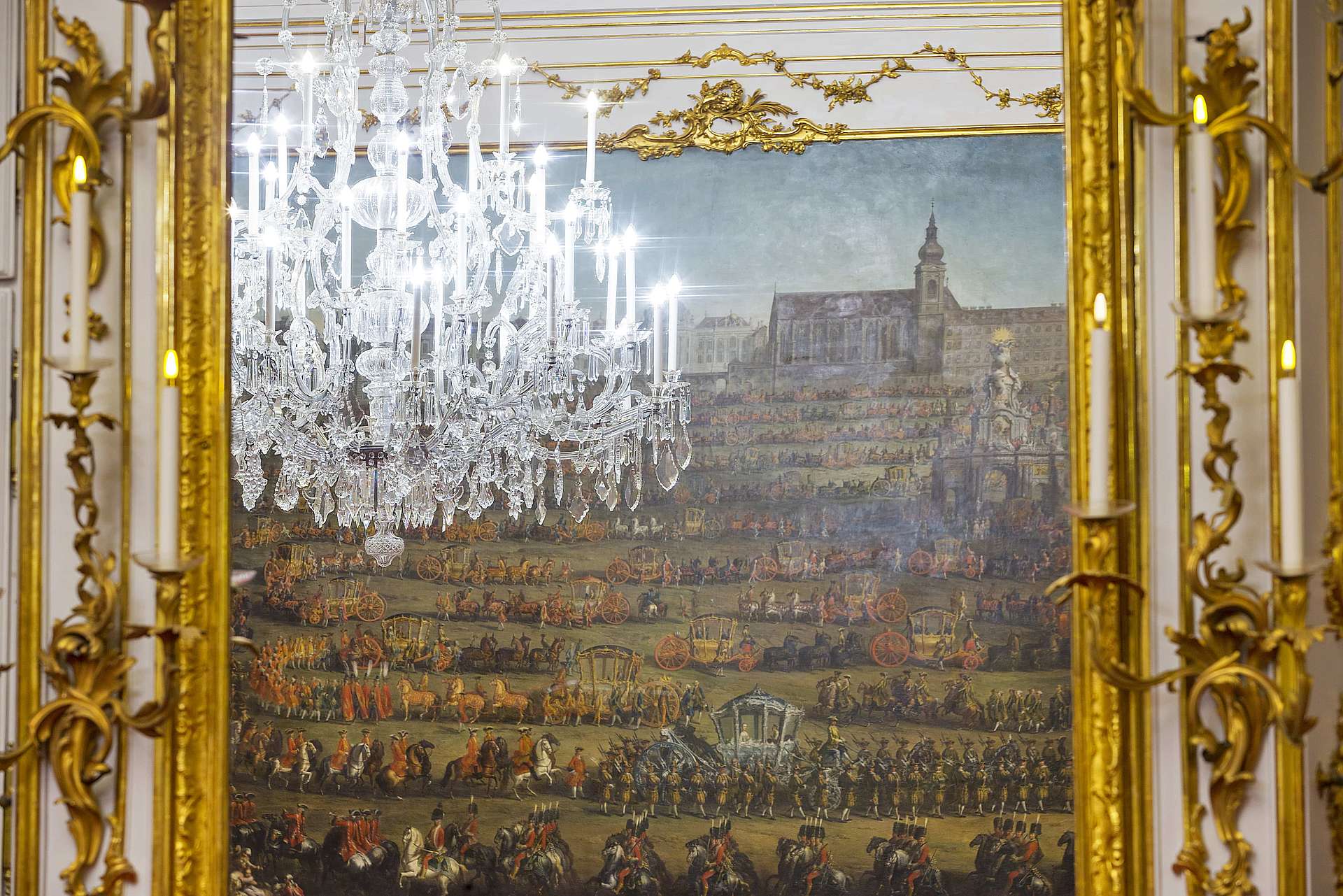 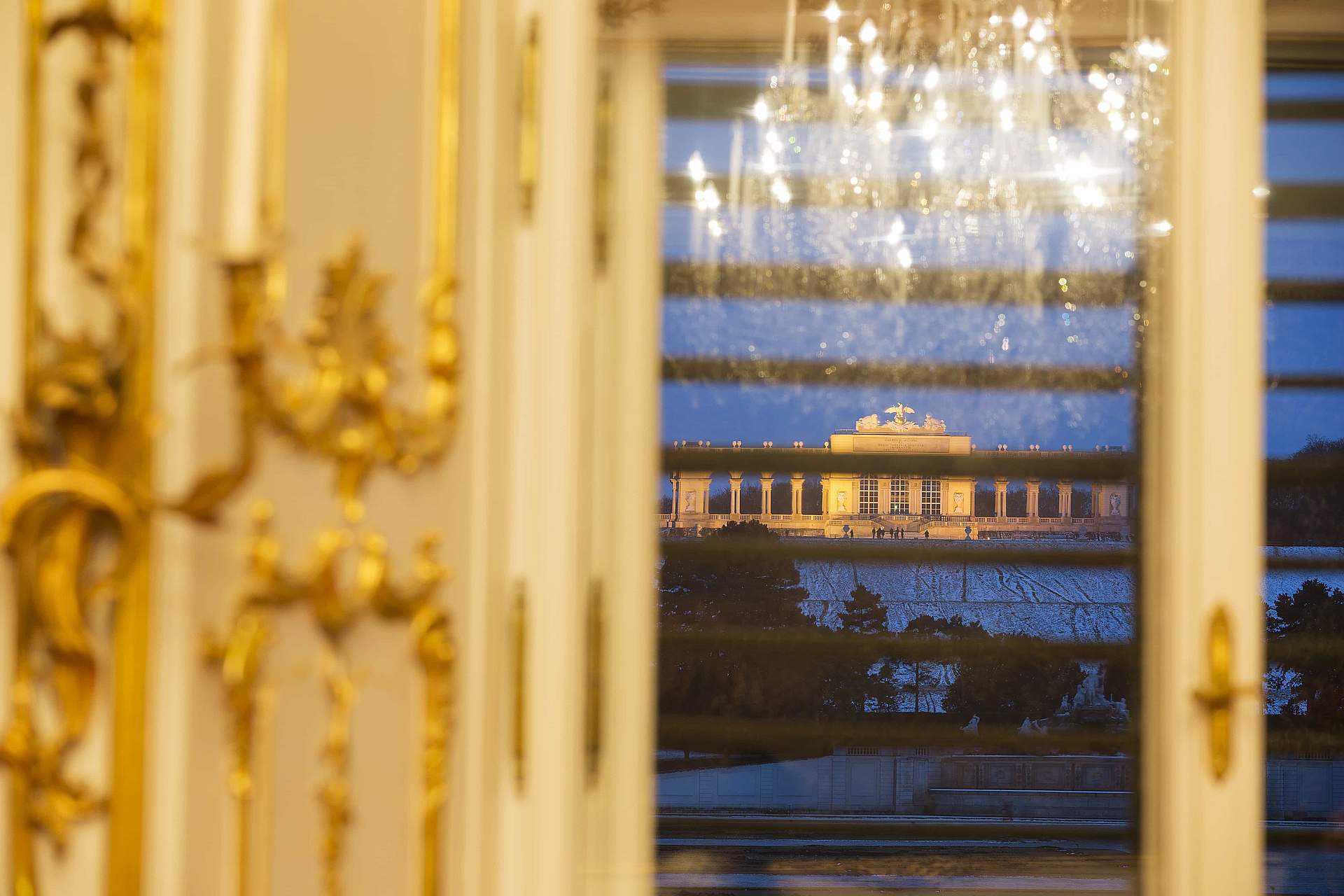 Impression from the Hall of Ceremonies in Schönbrunn Palace: View from the window to the Gloriette illuminated in the evening