This fountain was also designed by Johann Ferdinand Hetzendorf von Hohenberg and erected in 1777. The statuary work was executed by Benedikt Henrici, partly after designs by Beyer.

The fountain consists of a pool contained against the bank behind it by a retaining wall with a balustrade topped with vases. Projecting forward into the basin from the centre of the back wall is a rocky ‘grotto-mound’ peopled by river gods and crowned by an obelisk. The water flows out of the mouth of a central mask and the vases held by the river gods via a succession of three basins into the main pool.

Borne on the backs of four turtles as the symbol of stability, the obelisk is covered in hieroglyphs purporting to tell the history of the Habsburg dynasty. However, these are spurious, as hieroglyphs were not in fact deciphered until 1822. Between the mountain grotto and the retaining wall is a double flight of steps leading to a platform from where a small cave reveals a view of the avenue.

As cosmic symbols, obelisks were associated with the sun cult of the Ancient Egyptians. Crowned by a golden sphere symbolising the sun, the obelisk represents the path of the rays of the sun down to earth, while the four edges signify the cardinal directions.

In Baroque iconography the obelisk stood for princely steadfastness and stable government. Held to be the only creature that can approach the sun without coming to harm, the eagle perching on top of the sphere symbolises the ruler mediating between heaven and earth. 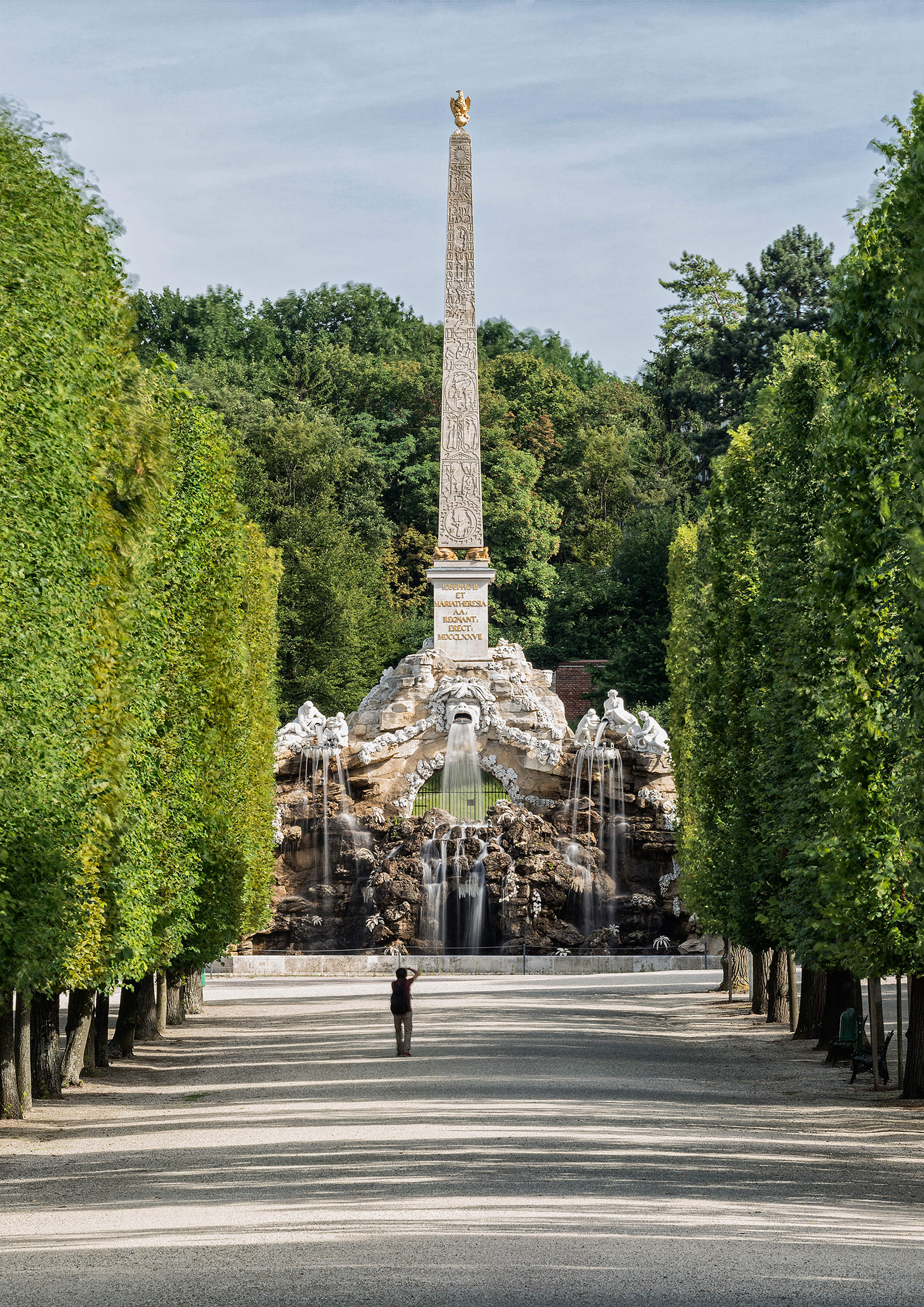 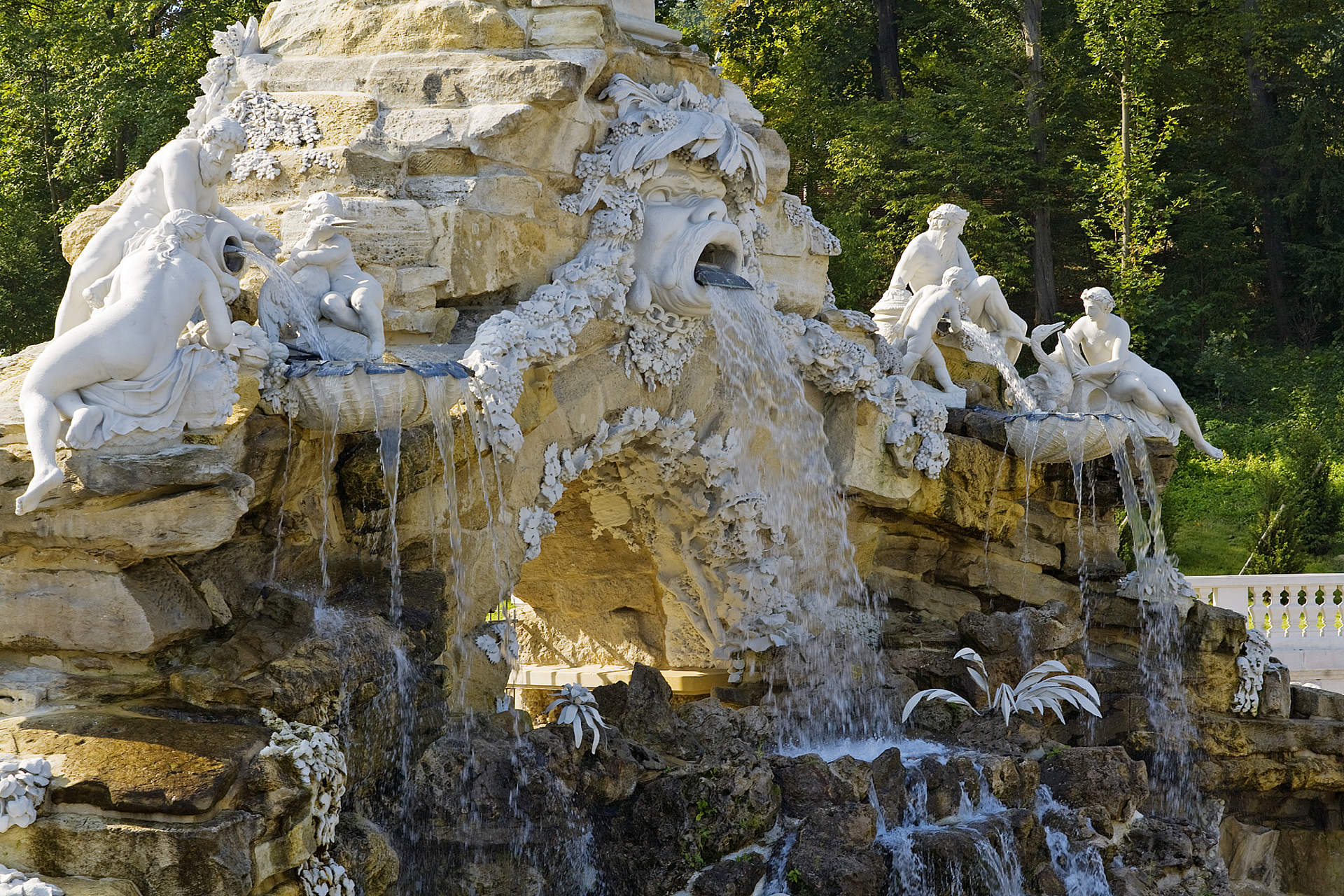 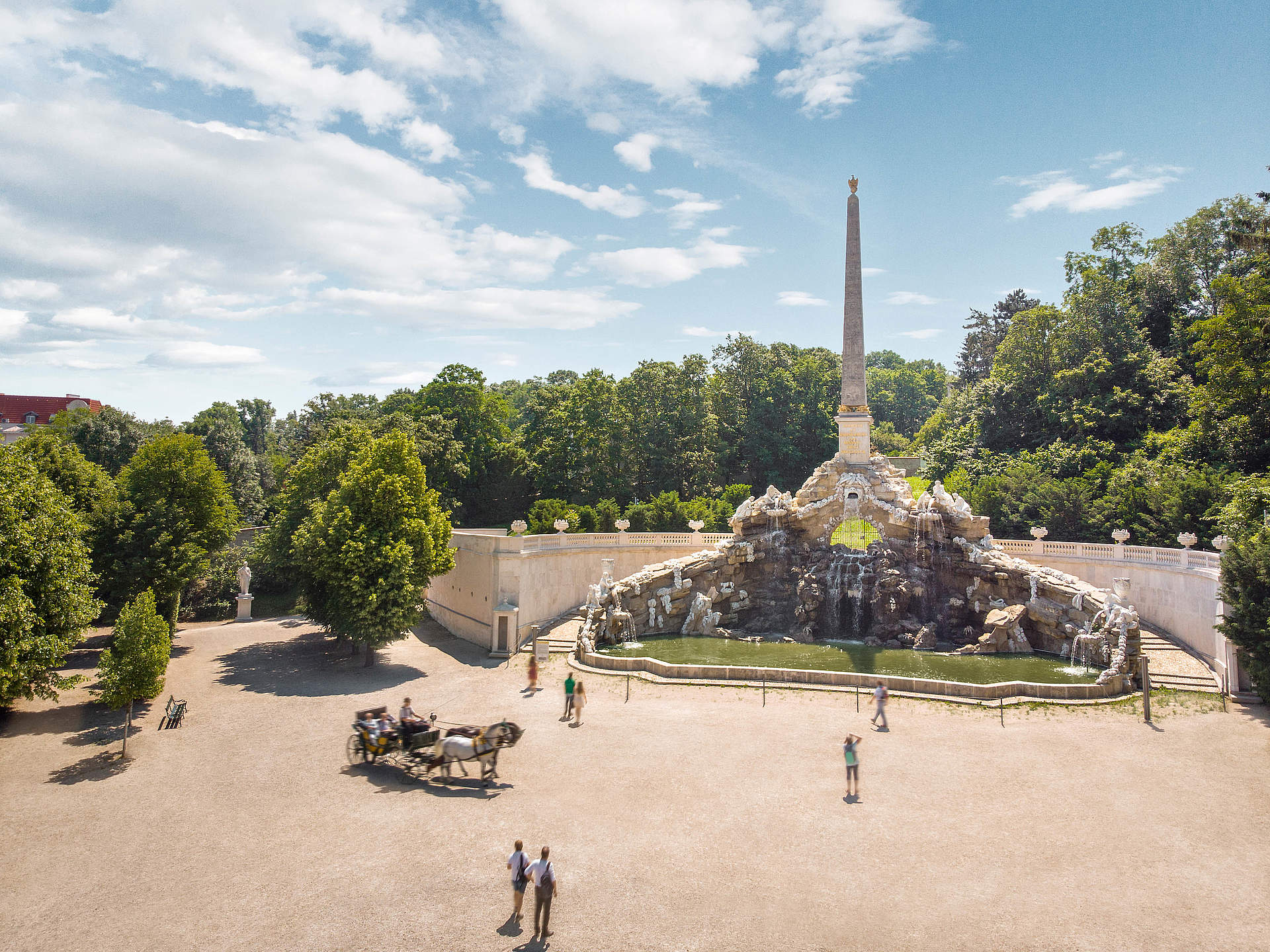