Designed as the crowning element of the Great Parterre, and sited at the foot of the hill behind the palace is the Neptune Fountain, which was conceived as part of the overall design of the gardens and park commissioned by Maria Theresa in the 1770s.

Construction of the Neptune Fountain

Under the direction of court architect Johann Ferdinand Hetzendorf von Hohenberg, excavations for the basin were started in 1776, and work was completed four years later, just before the death of the empress. It was very probably designed by Hetzendorf von Hohenberg, while the sculptural group of Sterzing marble was executed by Wilhelm Beyer. A retaining wall curving back into the slope of the hill, its balustrade crowned with vases, forms the back wall of the vast basin.

Group of statues with the sea god Neptun

At the centre the wall is interrupted by a projecting, semi-oval plinth from which rises a rocky landscape peopled with the sea-god Neptune and his entourage. Retaining wall and plinth are articulated by blind panels, those on the plinth being decorated with masks, while the vertical elements separating them are embellished with garlands.

At the centre of the figural group above a rocky grotto stands Neptune in a shell-shaped chariot, his trident in his hand. To his left is a nymph, while on his right kneels the sea-goddess Thetis, entreating Neptune to favour the voyage of her son, Achilles, who has set off to conquer Troy. Frolicking at the foot of the grotto are the Tritons, creatures who are half-man and half-fish, and belong to Neptune’s entourage. They hold conch shell trumpets with which they can inspire fear in both man and beast, and are restraining the hippocampi or sea-horses who draw Neptune’s chariot across the seas.

Neptune driving across the seas in dominion over the watery element is a common motif in sixteenth- to eighteenth-century art, being used as a symbol for monarchs controlling the destiny of their nations. 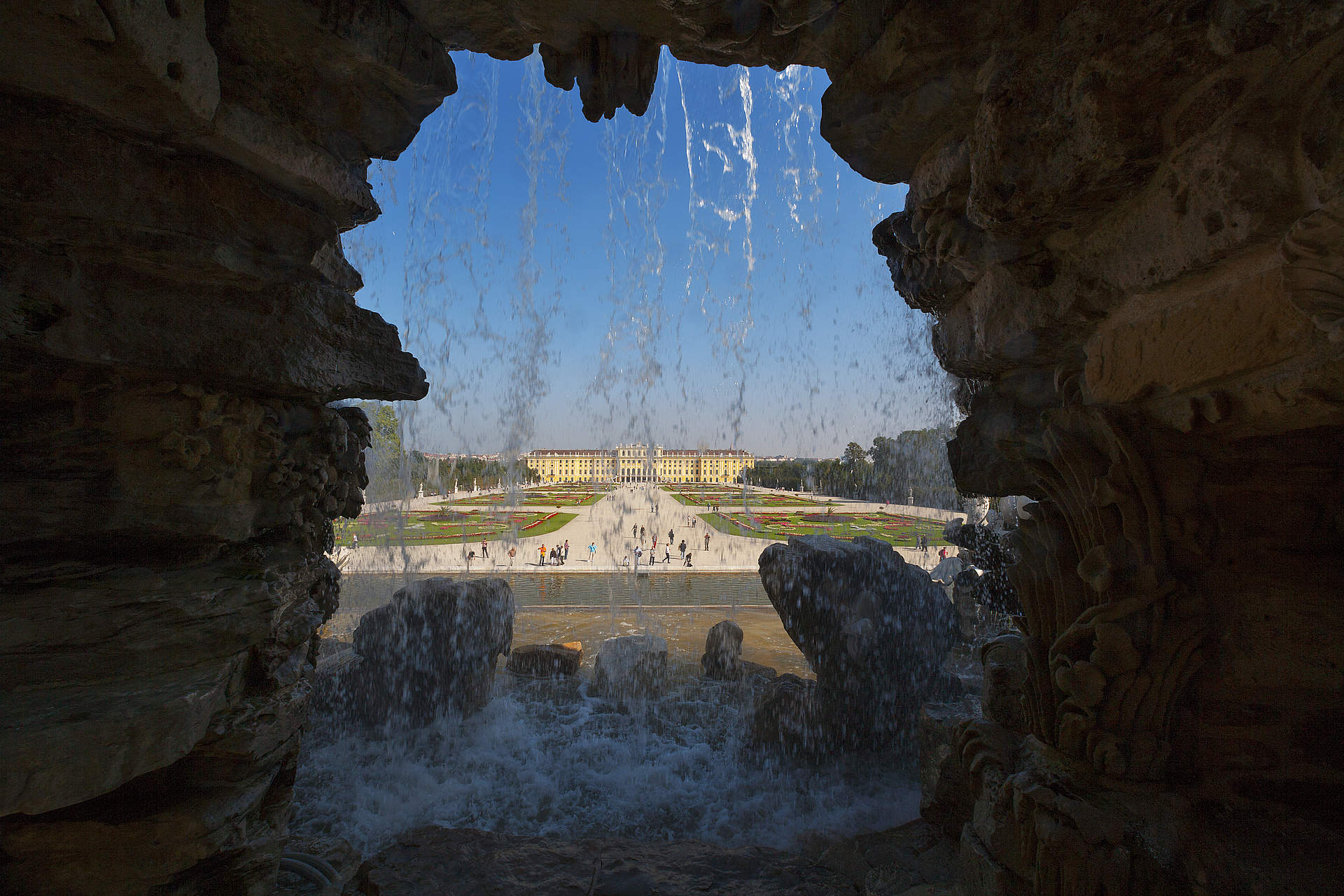 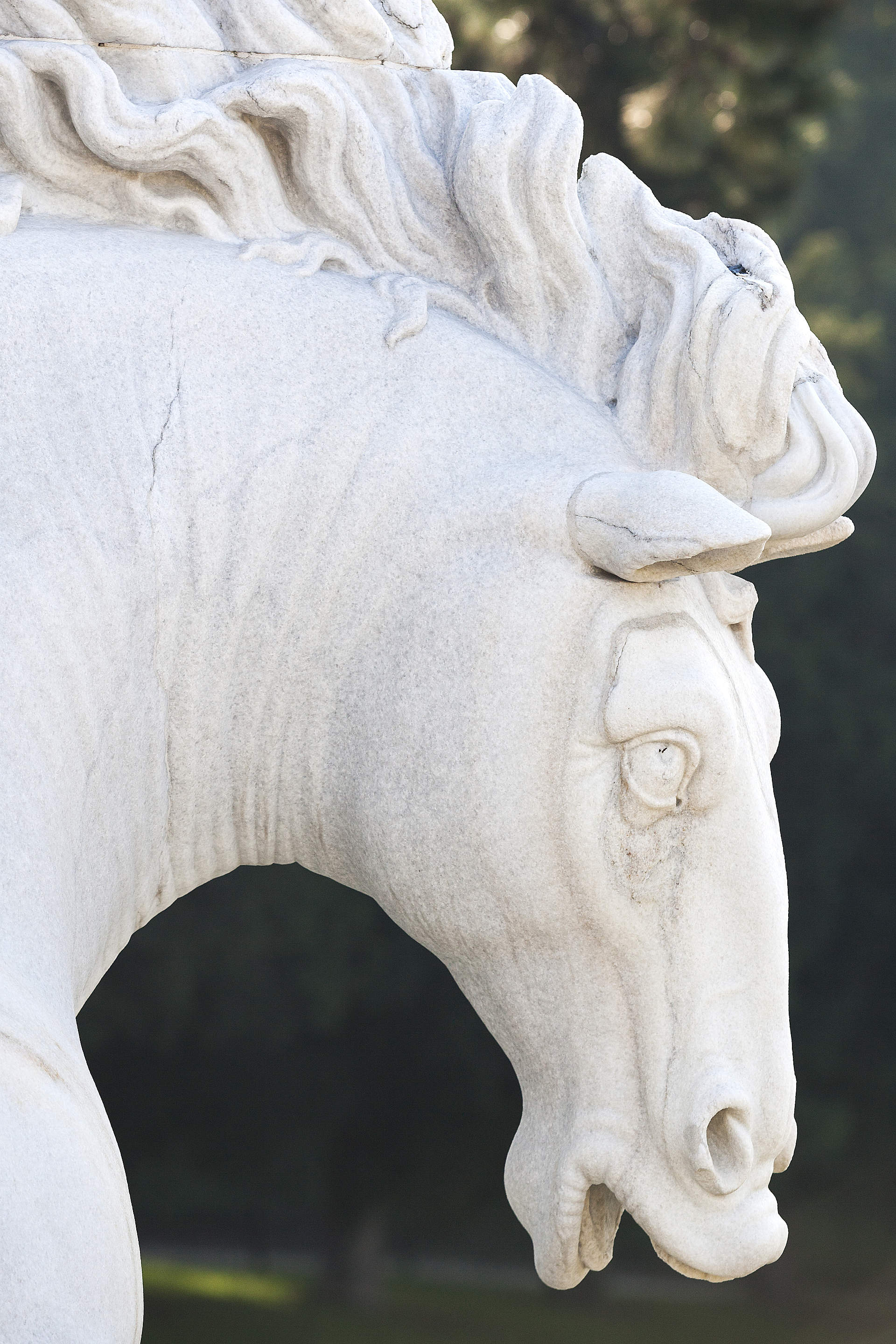